Ajisai (アジサイ, Ajisai) was a kunoichi of Amegakure. Following her death, she became the second Animal Path of the Six Paths of Pain.

In the anime, during the start of Amegakure's civil war, Ajisai was one of many to become left in awe hearing about "Pain"'s power from "Lady Angel", and their commitment to their goals of bringing peace and prosperity to the world for all villages by teaching them of hardship and pain.[1]

While alive, in the anime, Ajisai was a very solemn and stoic person. She rarely talked more than she needed to and was very committed to her mission. A strong supporter and believer of Pain and Konan's views of the world and their plans to change it, Ajisai looked to them with unwavering trust and faith. To which end, Ajisai had noticeable disdain to the Five Great Shinobi Countries, blaming them for the hardships of smaller nations because of the wars that they dragged others into. Despite this, Ajisai is open-minded, learning that the structure of the Five Great Shinobi Countries does not define each individual that comes from them, as seen from Ajisai developing respect for Tenten.

During her lifetime, Ajisai had purple hair in an onion-like bun style. She had light green eyes with black pupils. Ajisai wore a light purple neck-collared kimono jacket with a brown orange sash around her waist and lavender pants, and her forehead protector was covered by her bangs. The body of the second Animal Path belonged to Ajisai, making it Pain's only female body. Like the first Animal Path, it was outfitted with chakra receivers: one above the nose, two on either side of the neck, a row of three vertically down each cheek, and two studs on each forearm. Its hair is dyed orange and tied together in a sort of onion-like bun at the top of the head, with spikes of hair protruding out of it.

Having been chosen by Konan for a mission to search for jinchūriki, Ajisai seemed to be a skilled kunoichi. She showed noticeable skill in taijutsu, as she was able to defend herself during an all-out brawl with other genin without getting hit. Ajisai could use the Summoning Technique to summon a strong defensive gate that could block and withstand taijutsu attacks or a giant panda to aid her in battle.

Similar to Tenten, Ajisai specialised in fūinjutsu, showing considerable proficiency in storage-style scroll sealing. She also showed rather large reserves of chakra, able to store large masses of the landscape that impede her path.[1] In battle, she carried multiple small sealing tags, each storing a variety of weapons and tools, such as ropes, confetti, and shuriken. She was able to quickly summon her tools and surprise her enemies with a barrage of shuriken or a paperstorm to drives her opponents away and escape.

During Amegakure's reformation following the civil war ending, Konan gathered a group of genin to participate in the upcoming Chūnin Exams that was being held in Konohagakure and Sunagakure. As Konan instructed, they were all to keep quiet about Hanzō's demise and during the exam, Ajisai and her teammates were to gather as much intel as possible about shinobi with a especially high amount of chakra in the possibility they were a jinchūriki and report back to the village.[2] When arriving at Konohagakure for the first exam, Ajisai and her teammates were randomly split into different rooms, with her being placed in room 3. Shikamaru Nara as the first exam proctor explained the goal of the written test.[3] Her team ultimately passed the first round since their combined score equalled 100 points as it was supposed to, and by leaving the bonus question unanswered. However, a preliminary round was issued to lessen the many participants there were. The preliminary round involved a race to Sunagakure where only the first 30 teams to arrive at the destination would qualify for the second phase.[4] Ultimately, her team were among the first 30 teams to make it to the Demon Desert.[5]

On the second day of the exam, they encountered Team Komugi and fled after they realised a jinchūriki wasn't amongst their team. The following day in the exam grounds, they continued looking for shinobi of high chakra levels as ordered and eventually came across Team Guy. After realising their chakra levels weren't high enough to be jinchūriki, they attempted to retreat, only for their enemies to follow them with the intent of taking their scroll. As the fight continued within a ruins, the ground collapsed, swallowing Ajisai and Tenten. As Tenten recovered and went to check on Ajisai, the Ame-nin feigned unconsciousness, waiting for Tenten to get close enough to strike.[2] Tenten, however, calmly asked Ajisai to put her weapon away and offered her some water. Ajisai refused "charity" from one of the Five Great Shinobi Countries, instead summoning her own water. While making her dislike of later nations known, Ajisai agreed to a truce and work with Tenten to escape the ruins.

Along the way, while Tenten tried to be friendly, Ajisai simply noted how ignorant the larger nations were of the struggles that Amegakure and other smaller villages have to go through. Tenten noted that it would be hard to understand a village like Amegakure with its exceedingly secretive nature. Soon, they discovered that the ruins were home to a colony of giant ants. Ajisai states that she wants to capture and tame one of the giant ants for later summoning use. As the duo tried to reach the surface, they found themselves unable to go further because of rubble and sand blocking the path. With the giant ants still coming for them, Ajisai summoned her giant panda to stall them. She then began using her sealing technique to remove as much of the sand debris as possible. Unable to finish the job due to exhausting, she encouraged Tenten to do it. Determined to make her training show results, Tenten unsealed a vast amount of water to forcibly wash away the obstacle. Once on the surface and reunited with their respective teammates, they agreed not to continue fighting and instead promised to meet each other again in the third phase.[1]

Following the controversy of the second exam, it was decided by Gaara that the third exam would be cancelled this year and a report on each participant would be sent to their respective village leader for them to decide if they would be promoted. Returning to Amegakure, Konan was pleased with Ajisai's team report and promoted them. Ajisai was happy to hear this and excited for her first S-rank mission. Ultimately, however, this led to her demise.[6] Sometime later, her corpse among others were delivered to the highest tower in Amegakure by Ryūsui and Yūdachi, where Konan was.

Following Pain's fight with Jiraiya, Pain used her corpse to become his new Animal Path. In the anime, after Pain tracked down the Six-Tails' jinchūriki, she along with the other paths killed Tsurugi and the hunter-nin's he was with. Afterwards, she and the other paths confronted Utakata where he transformed into his Version 2 form. As the fight began, she summoned her chameleon to restrict the jinchūriki. After her summon is defeated, she collected the Human Path, after he is killed and retreated. After the six paths of pain successfully capture Utakata, the Akatsuki extracted the Six-Tails from him.

She is seen as she approached Konoha, as Pain was getting ready to retrieve the Nine-Tails' jinchūriki, Naruto Uzumaki. On the outskirts of the village, the Animal Path is launched through the village's barrier by the Asura Path. As one of the Paths tasked with creating diversions, the Animal Path summons several animals to trample the village. Later mobilising with the Human Path, the Animal Path sets its sights upon the Konohagakure Intelligence Division where it tracks down a chakra receiver.

When Naruto returns to the village, the Animal Path summons the other Six Paths of Pain to the Deva Path's side and then calls forth several summons which are defeated by Gamabunta, Gamaken and Gamahiro. The Path is then subsequently decommissioned by Naruto using his Sage Technique: Spiralling Serial Spheres inside Bunta's mouth.

Ajisai is a playable character in the following video games: 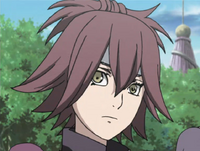