View source
watch 01:43
DC Fandome - The Loop
Do you like this video?
Play Sound

Bingo Books (手配書, Bingo Bukku) are black books used by ninja that contain any and all information on black-listed ninja they are to target. There are multiple versions of the Bingo Books, the most common being those based from the Hidden Villages.

Normally, Bingo Book entries are compiled by a village's high ranking officials, usually the Kage, that are then distributed to its jōnin and Anbu members. Those listed are typically dangerous ninja from rival villages, missing-nin, or potential security threats that are to be eliminated given the opportunity. A unit of Anbu from Kirigakure, the hunter-nin, have the sole purpose of eradicating missing-nin so that no physical trace of their body remains.

The Akatsuki, on the other hand, use their Bingo Book for the more sinister purpose of listing their jinchūriki targets and certain ninja from the villages who have potential use to them. In Kakuzu's case, he lists his Bingo Book with information on various ninja with large bounties on their heads so that he can claim the bounty on them. 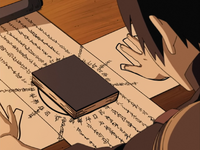 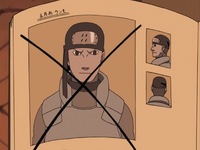