The Creation Rebirth was invented by Tsunade with the resolution to protect the lives of her comrades. By releasing a large amount of chakra at once, the body's cell division is forcibly stimulated. Whenever the body's tissues are damaged or an organ is destroyed, the injury will instantly heal regardless of the severity. So long as Creation Rebirth remains active, the user cannot die, earning it recognition as the "pinnacle of medical ninjutsu" and the "ultimate regeneration technique".[1]

Creation Rebirth does not repair the old cells, instead hastening the creation of new ones through division. Because a body's cells can only split a certain number of times, the user shortens their natural lifespan whenever this technique is used.[2] 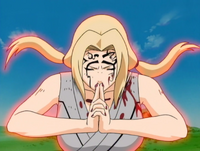 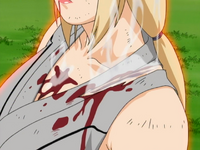