Hikaru Tsuki (ツキヒカル, Tsuki Hikaru) is the son of the king of the Land of the Moon, Michiru, who appears in Naruto the Movie: Guardians of the Crescent Moon Kingdom.

When Amayo divorced with Michiru over the latter's money-minded personality, Michiru got custody of Hikaru due to the wedding contract Amayo signed.

When Kakeru Tsuki, grandfather of Hikaru and king of the Land of the Moon, decided to deal with the corrupt minister Shabadaba, he sent Hikaru and Michiru overseas under the guise of vacationing through the neighbouring countries. Hikaru and Michiru mistreated their escorts, causing them to quit their posts, and thus hiring Team 7 as a replacement.

As a prince, Hikaru was a spoiled individual with a selfish attitude, spending much of his time playing video games while ignoring others, and was heavily dependent on others during dangerous situations, simply crying when his father was captured. After having met Naruto, he faced many critical events that brought him to tears, and taught him to change, like the death of his grandfather, and the capture of his dad Michiru. This caused his personality to change drastically for the better showing great courage in the face of danger.

Hikaru is a young boy with short, black hair and brown eyes, with a pair of large, round spectacles. He wore a white outfit with blue, triangular trimmings held closed by a simple sash, a pair of pants and brown boots. He also carried a quiver of arrows slung over his back.

Hikaru is neither a shinobi nor a trained fighter, and due to him being spoiled by the luxury of his family's wealth, he was rather dependent on others to protect him, similar to his father.

Despite his spoiled nature leaving him vulnerable, Hikaru developed excellent marksmanship skills. This was shown when he hit an apple and later saved his father from being hung by severing the thin rope at a distance. At first, he merely used harmless toy arrows with suction cups as arrowheads, but during the raid against Shabadaba, a soldier gave him sharpened ones.

Naruto was angered by Hikaru's attitude that he held at first: a spoiled child who acted rudely and snobbishly in front of others, only playing on his handheld game console, as well as finding Naruto's goal of becoming Hokage stupid. This was evident when he and his father mistreated their previous escorts, causing them to resign. Naruto was off-put by his behaviour, reprimanded after saving Hikaru from Chamū's attack, and uncaring about the potential death of the circus animals during the storm. Due to Naruto's many complaints, Hikaru tried saving Chamū from the storm. Naruto witnessed it, and Hikaru managed to befriend him and the others. After his grandfather's death, he promised Naruto that when he becomes the leader, the Land of the Moon will stand by Konohagakure. A day later, Shabadaba's henchmen were attacking while he and his father were trying to escape from the island. Naruto defeated them after entering his initial jinchūriki form, but failed to prevent Shabadaba's henchmen from kidnapping Michiru. At the castle, Hikaru was given special arrows that he was forced to use to cut the rope which his father was hanging from. He helped push his father towards Ishidate, who Naruto then defeated with his Crescent Moon Rasengan. As his friends left, his father pointed out that he realised he had to protect the people he loves. 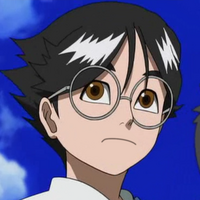