View source
watch 01:04
Naruto Lore: Jōgan
Do you like this video?
Play Sound

The Jōgan is a unique dōjutsu that is known only by the Ōtsutsuki Clan,[1] whose members claim it's troublesome and that it's a power strongly inherited from their clan.[2] In the manga the dōjutsu is featureless in appearance with a barely visible pupil.[3] When depicted in the anime, the dōjutsu is light blue in colour with a darkened sclera and visible pupil.[4]

Before gaining control of this dōjutsu, it would independently activate in the presence of dangerous/hidden targets. It can perceive the flow of chakra, enabling Boruto to see the visible changes in one's chakra and likewise track a target through their chakra. It can clearly see the chakra pathway system and determine its most key point. It can also see through invisible barriers that connect between dimensions,[5] as well as predicting where Yomotsu Hirasaka will be used. 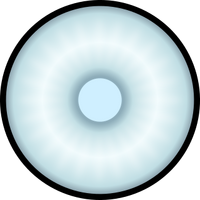