This game is an action RPG where the player travels across a map and completes missions to gain experience points in order to gain new abilities or increase their character's stats. Unlike its predecessor Uzumaki Chronicles, the game is not mission based. One can find the missions in a separate mode. The story mode, set after the Sasuke Recovery Mission, shows Naruto facing the puppet-using Shirogane clan.

The game is considerably short (only 10 stages), however the versus mode and the mission mode provide a bit of replayability. There is also a second scenario starring Kakashi Hatake, much like Naruto: Ultimate Ninja 2. Also, Sasuke is unplayable in the story mode, but after beating the the story mode twice, he becomes playable. Kisame and Itachi also becomes playable after missions mode.

The Five Great Nations are at great peril: an army of walking-dolls called Puppet Walkers are attacking their villages with the intent of taking "Spirit Orbs", which are hidden within each land. They had their success at taking the Spirit Orbs from four of the five, the last is in the Land of Fire. Naruto Uzumaki, who was on his way to Konohagakure, is intercepted by Kankurō, who is trying to warn the village about the Puppet Walkers. But they come to late and have to battle several of them. Kakashi Hatake provides them both assistance upon confronting a lizard puppet in search for the Spirit Orb. At the Fifth Hokage's room, Kankurō explains that the puppets are the weapons of the Shirogane clan, a group of puppeteers almost extincted and they are collecting the Spirit Orbs with one single intent: revive the Master Puppet, a mass destruction weapon with the power to destroy the Five Great Nations.

Kakashi, Naruto and Sakura fend off a group of bandits apparently working for the Shirogane clan when they tried to burn a village to the ground. The ninja decided to ambush the bandits and question why they were working for the Shirogane clan, Neji Hyūga helped them in using a fake Spirit Orb as a bait to lure the bandits. They succeeded in capturing their leader, while Shikamaru Nara and Naruto continued to search for the Orb, they then fight a puppet walker posing as Kankurō. The bandits found the Spirit Orb and Naruto, Shikamaru, Temari and Kankurō give chase only to lose track of them. However, they discovered their hideout in an abandoned ruins and after fighting their way to the top, by undoing an ambush by the Puppet Walkers, the ninja found the Spirit Orb, but Naruto thinks it's best destroy it, so that the Master Puppet can never be revived. The others object, telling him to bring it back to the village, to be analysed. Naruto turns a deaf ear towards them and unleashes the Rasengan at the Spirit Orb, which is launched to a distant location. After being scolded by Tsunade, Shikamaru suggests Naruto really has a point: if they destroy the Spirit Orb, or at least weaken its power, the Master Puppet can never be revived. Tsunade agrees, though reluctantly.

The ninja from Sunagakure find the damaged Spirit Orb, due to Naruto's Rasengan. A team is formed to research the Spirit Orb and find a way to destroy it, obviously the Shirogane clan are eager to retrieve the orb. Menō infiltrate their base and tries to retrieve the Orb, only to be stopped by Naruto, Kankurō and Rock Lee. She is defeated but manages to escape before promising to "slice them up in eight different ways", but the Orb is still in the ninja's hands. The Shirogane clan gives the Hidden Sand and Leaf Villages a ultimatum: hand over the orb or they launch an all-out attack over both villages. Naruto and Rock Lee travel to a village where the people evacuated from a attack of the Puppet Walkers. Tsunade decides to accept the Shirogane's demand, but she set up a ambush to catch the Shirogane clan. Kakashi, Might Guy, Rock Lee and Naruto tried to fool Gandō, member of the Shirogane Three, the Puppet Walkers take the Spirit Orb and flee. Naruto sadly report the mission to Tsunade, while Rock Lee becomes so ashamed of his defeat he cannot face Tsunade and punish himself to run around the Hidden Leaf Village in 500 laps in his hands. Tsunade and Kakashi explain them in fact the Spirit Orb taken by the Puppet Walkers were a fake and by the time the Shirogane come to know that the one they have is a fake, they would have already found a way to destroy it.

Sakura goes into a mission by herself to the Sand Citadel, and Naruto follow her only to the Citadel being attacked by the Shirogane clan in a desperate mission to retrieve the Spirit Orb. As Naruto and Kankurō fight their way through the enemies and the fire to guarantee the safety of the Orb, they discovered Gaara fighting with Sakura, who reveals herself to be Menō disguising herself as Sakura. She fights Kankurō, Naruto and Gaara with her puppet bees only to be defeated and set up the whole citadel to crumble and left the Puppet Walkers stealing the Spirit Orb, while she dies in the process. Sakura was captured by the Shirogane clan while she was at the way to the Sand Citadel, but while in captivity, she sends message to Tsunade revealing the Shirogane's hideout location, leading an all-attack from both Sand and Leaf Ninja against the Shirogane clan. Naruto and Kakashi confront Ibushi using a chakra-harvesting machine on Sakura to implant her chakra in the damaged Spirit Orb. Naruto offer a exchange: his chakra over Sakura, while the Nine-Tailed Fox's chakra feeds the Spirit Orb, Kakashi kills Ibushi with his Lightning Cutter and reveals the real plot behind everything: The Spirit Orbs were actually the Master Puppet's will. He is the ultimate puppet walker, one who developed self-awareness, something unexpected by his creators, who shut him down afraid of his power. However, the members leading by Ibushi did not know about the Master Puppet secret and tried to wield his power and during their search for the Spirit Orbs, the Master Puppet consume them.

The Master Puppet assume control over Naruto and fights Kakashi and Sakura, but she releases him with a genjutsu. The Master Puppet is revived with the Nine-Tailed Fox's chakra and appear to be invincible at first. Kakashi, Sakura and Naruto held themselves for a time until the Master Puppet almost hits Sakura with lightning. Kakashi pushes her out of the way and takes the blow intended for Sakura. Shikamaru and Neji come in time and help Naruto fight against the Master Puppet while Sakura takes Kakashi to be treated. Naruto uses the Rasengan to disable the Master Puppet and reveal his blind spots, the Spirit Orbs. Naruto, Shikamaru and Neji engage in a titanic battle against the Master Puppet and destroy him for once and for all, escaping from the crumbling castle. With all the Shirogane clan's members dead and without the Master Puppet to control them, the Puppet Walkers are permanently shut down. A few days after, a excavation at the site were the Shirogane hideout before reveals the Spirit Orbs had lost their powers and shrunk to the size of jewels. Naruto then throw them to a long distance, hoping they would not ever come to be a threat to anyone in the future again.

The Shirogane clan is/was a puppet clan searching for the five Spirit Orbs. 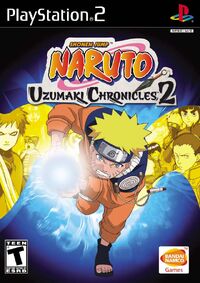