Naruto Shippūden: Ultimate Ninja Storm Generations is the sequel to Naruto Shippūden: Ultimate Ninja Storm 2. It was released on March 30th 2012 in Europe, March 13th in North America, and February 23rd in Japan for the PlayStation 3 and Xbox 360 and supports worldwide online matches. The game starts from the beginning of Naruto, from Prologue — Land of Waves, all the way to the battles at the Five Kage Summit arc, and also includes anime cutscenes from the Fourth Shinobi World War: Countdown.

While carrying several elements seen in previous entries, the game shows several new features and changes. The battle system has been modified for smoother gameplay.

The game now implements a new status metre that limits the amount of Body Replacement Techniques that can be performed up to only 4 times maximum; while using it is less about timing and more about personal decision, spamming it can result in the metre recovering much slower which still rewards conservation of the metre and avoiding as much damage as possible altogether. With this in mind, players can now more effectively deplete the escape resources of their opponents to now fully commit to offence, unlike the low-resource-cost-issue of the prior Body Replacement mechanic. Likewise, the recovery speed of the gauge also is determined by how much damage a character is taking, with all forms of regeneration resetting upon a Body Replacement being used and regenerating once more after a certain amount of time passes.

This game alone also introduces many other intricate mechanics, such as:

Because of these new cancel mechanics (especially with the jump cancel and ninja move cancel in mind), the game's higher levels of play has higher enforcement of ground-to-low-air approaches and movement option cancels for a more movement-heavy-based neutral. Short-hop movement is now even more vital than before in order to zone properly with tool throws while on the move. These specific cancels have all remained as mainstay mechanics in later Storm games, albeit with specific tweaks in each title.

The story mode is divided between both Part I focusing mainly on Naruto, Gaara and both Zabuza and Haku's stories, and with Part II (respectively featuring the younger and older incarnations from the series' characters). Even then, they are now mainly divided by specific characters this time around as opposed to a standard overarching story.

The role-playing game elements from Naruto Shippūden: Ultimate Ninja Storm 2's story mode were removed in favour of consecutive battles, thus reducing the time spent during the mode. Although it mainly focuses on Naruto Uzumaki's adventures for 2 stories and Sasuke Uchiha's for 1, the rest are featured as new sidestories lead by supporting characters such as Minato Namikaze and Itachi Uchiha that will expand their backgrounds.

While the game covers both Part I and Part II, all of the characters created for the original episodes will be playable. New animated cutscenes will be used for the story mode. With 72 playable characters and 15 supports, the game includes the other current Kage introduced in Part II, as well as Kakashi Hatake's team during his childhood via mixing in elements of Kakashi Gaiden. Few characters appear assisting such as Fū and Torune who are teamed up with the aforementioned Danzō Shimura.

New stages with purple barriers also now exist, which are stages from the first Storm game with new properties, albeit the said purple barriers act as walls which can allow for easy wall-splats (which some characters can easily abuse for huge damage rack-ups).

Naruto Shippūden: Ultimate Ninja Storm Generations was first announced by Namco Bandai Games in late June from 2011 in the manga magazine Weekly Shōnen Jump, promising the return of Part I characters, most notably Zabuza Momochi and Haku in response to their popularity within fans. With the addition of these characters, the staff comments the game will have a wider variety of battles than the previous game. The initial gameplay was modified during November 2011 to further balance the fights. The game's official website opened shortly afterwards. Producer Yusuke Sasaki commented the staff wanted to give combat a greater focus than its prequels. The term "Generations" was used, standing for "the ultimate ninja battle that crosses generations". The game is meant to satisfy the gamers' wishes and interests regarding the series according to Hiroshi Matsuyama, the president of CyberConnect2. Matsuyama also commented the story mode is different from Naruto Shippūden: Ultimate Ninja Storm 2, with Part II meant to have a different impact in the gamers. Studio Pierrot, the developer of the Naruto and Naruto: Shippūden anime series, aided CyberConnect2 in the making of new storylines to be featured in the game, resulting in new 60 minutes of created animation. On January 3, the demo release date was announced in the Jump Magazine. It was officially released January 24, 2012 on the Japanese PlayStation Store only. It contains 3 battles which are fighting Sasuke, Pain, and Tobi. The North American demo was released on the PlayStation Store on February 21st and on the Xbox Live Marketplace on February 28th with the same three battles, but with the option to choose between English and Japanese voices.

In November 2011, Namco Bandai announced the game would be released in Japan on February 23, 2012. Pre-orders will included a CD soundtrack from the game and the prequels, Ultimate Ninja Storm and Ultimate Ninja Storm 2, under the title of "Ultimate Ninja Storm Best Sound" (ナルティメットストームBestSound?) composed by Chikayo Fukuda. Additionally, during following dates, the game was announced to be released in North America and Europe in March 13, 2012 and March 30, 2012, respectively, also by Namco Bandai. Like the Japanese version, the European port will include a CD soundtrack, promoting "the first official rap single of Killer B". Namco Bandai Europe also announced a card edition including 50 cards a poster with words from Masashi Kishimoto and 8 cards for online. The card edition was never released in the UK but those who pre-ordered the Card edition on Zavvi.com as it was a exclusive to Zavvi.com would recieve an "alternative bundle" packed with a A3 Poster, 2 booster packs and a starter pack with the video game. But the actual card edition was still released in other parts of Europe.

The anime cutscenes for the story mode of the game were produced by Studio Pierrot who are in charge of the anime. They worked very closely with CyberConnect2 to create new content that is considered anime canon (unless they contradict either it or the manga) with totally new scenes and new interpretations for the old ones with major or minor changes. The whole can be seen as an exclusive sixty-minutes OVA, each segment narrated except for the Tale of Killer B, which is more along the line of a music video than a storyline.

Some anime cutscenes of the game differ from the original anime scenes. Not only are the scenes changed, but also the colouring and lighting of some of the techniques are also lightly changed. For all cutscenes, there are rarely any blood and no amputation.

Tale of Zabuza Momochi and Haku

However, one notable glitch that exists is the Hollow Step, which is cancelling into a directional jump instead of a neutral jump or ninja move off of a close-range attack string input (and is possible in all later Storm games afterwards).

While it is a handy unintentionally-discovered bug/mechanic for being able to close in on a foe in order to mitigate the pushback of one's attacks (either on hit or during blockstrings) as well as to retreat from offence if needed or to flank the foe, it needs to be performed by moving the control stick part-way in-between the threshold of a neutral jump or a ninja move cancel without triggering either as the deadzone to trigger a proper Hollow Step on one's thumbstick is notably very small.

With this in mind, both the neutral jump and Hollow Step cancels allow for characters with strong ninja tool throws or solid air string inputs to convert from ground-to-low air-to-ground again (especially to punish landing lag from airborne hitstun or to extend blockstrings).

Because characters in-battle do not allow a walking animation, the "walk" dead zone doesn't openly move the character or change animations. Because jumping is an action you can perform in both Story Mode and battle modes, it works for both analog ranges. However, the ninja move cancel is battle-only (meaning it only uses the "run" deadzone). Because of this, one can trigger the aforementioned directional jump cancel ("Hollow Step") out of a close-range attack input because the game is tricked into thinking the character is "walking" when said character isn't truly moving. 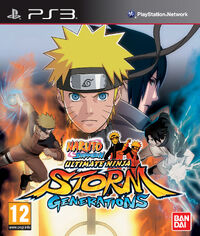