Ni (弐, Ni, literally meaning: "Two") was an antagonist that appeared in Naruto Shippūden the Movie: The Will of Fire. She was a nameless kunoichi, one of Hiruko's three numbered followers. (with Ichi and San)

She, like her teammates, was very overconfident in her abilities. She would mock her opponents during battle and would even talk down to her dog-like summonings. 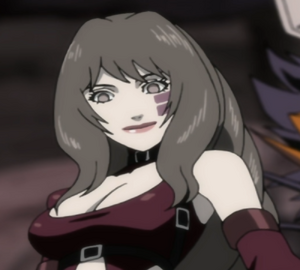