Naruto, the Genie, and the Three Wishes, Believe It!

Shortly after a member of the Aburame clan is born, thousands of insects are allowed to colonise his or her body. In exchange for getting to feed off of their host's chakra, the insects follow the host's every command: from attack to defence to reconnaissance, and everything in between. The insects inevitably become the core ability of the Aburame's entire fighting style, upon which all of their other jutsu rely.

This technique, alternatively translated as "Kikaichū Technique", is named after the kikaichū, the species of insects that Aburame are most commonly colonised by. But they are not the only option: Torune uses rinkaichū and Yōji used kochū. Aburame are not even restricted to a single species: Shino uses both kikaichū and kidaichū; Muta uses kikaichū and shōkaichū. 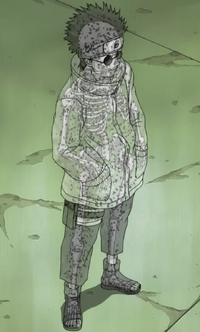