Prepared for an Honourable Defeat…!!edit

Naruto begins the fight by creating a few shadow clones. Neji easily defeats them all despite the fact that the clones attack from his blindspot. Neji tells him to give up, since, as he explains it, Naruto was fated at birth to fail while he was destined for greatness. Naruto attacks again with even more shadow clones, but Neji ignores them, noticing that one Naruto is staying out of Neji's reach. Assuming that this is the real Naruto, Neji attacks him. The Naruto disperses while the real Naruto attacks Neji from behind, having hidden amongst his shadow clones. 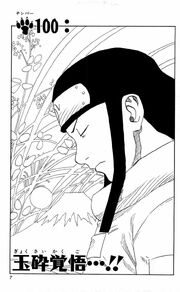