Jirōbō dies and Chōji starts walking in the direction that the rest of the Sasuke Recovery Team went in. Seeing that they have marked their path for him, he collapses, glad to know he has friends that believe in him. Meanwhile, the rest of the team notices that the Sound Four has not set traps for them, meaning they expected Jirōbō to win. Taking advantage of this, Shikamaru transforms into Jirōbō and joins up with the three other Otogakure ninja. However, because he doesn't reprimand Tayuya for her insults like Jirōbō would, his identity is exposed and most of the team is caught in Kidōmaru's webbing. Neji takes advantage of this preoccupation and attacks him from behind.

Kidōmaru avoids Neji's attack and catches him in a cocoon of webbing. With the Sasuke Recovery Team unable to move, Kidōmaru decides to enjoy himself before regrouping with the Sound Four. Naruto and his shadow clones are caught in his web, so Kidōmaru plays target practice to figure out which is the real one. They all turn out to be shadow clones, and Naruto attacks Kidōmaru from behind. It ceases to work and Naruto is about to be captured, but Neji appears and releases him. Able to break Kidōmaru's chakra-infused webbing with his abilities, Neji concludes that he is the only one who can fight him.

Because they need to catch Sasuke at any cost, Neji volunteers to fight Kidōmaru by himself. The remaining members of the Sasuke Recovery Team resume their pursuit of the Sound Four. Kidōmaru attempts to stop them but Neji neutralises his webbing. Concluding that Neji is the strongest member of the team, Kidōmaru tries various attacks to figure out Neji's strengths and weaknesses. Believing Neji can only break his webs by touching them with his hands, Kidōmaru binds his arms. Since this is not true, Neji takes advantage of Kidōmaru's lowered guard to attack with Eight Trigrams Sixty-Four Palms.

Neji successfully strikes Kidōmaru with his Eight Trigrams Sixty-Four Palms. Kidōmaru covers himself with a special golden version of his webbing at the last second, allowing him to avoid damage and prevent Neji from sealing his tenketsu. Knowing he cannot win a close-combat fight, Kidōmaru starts attacking from afar. Neji is able to block his attacks with Eight Trigrams Palms Revolving Heaven. Surprised by the defence and Neji's ability to react to attacks from behind, Kidōmaru tries to find a weakness in his abilities. After activating his cursed seal he douses Neji in webbing.

Kidōmaru's webbing sticks Neji to the ground, leaving him unable to perform the Eight Trigrams Palms Revolving Heaven. Neji opts to block the incoming attacks by hand, but is unable to block all of them. Kidōmaru realises that this means Neji's Byakugan has a blindspot, so he concentrates his efforts on pinpointing it. After determining that Neji cannot see things beyond fifty metres and cannot see anything directed at a particular point behind his neck, Kidōmaru believes he has "won the game". He activates level two of his cursed seal and creates a bow and arrow to put an end to his "worthy opponent".

Kidōmaru fires an arrow at Neji's blindspot. Neji, having suspected his blindspot had been discovered, is able to dodge enough to keep the attack from killing him. Kidōmaru realises that Neji must have surrounded the area with chakra to compensate for his blindspot and pick up on anything that approaches from that direction. Disappointed that the strongest "character" of the Sasuke Recovery Team has been figured out so easily, Kidōmaru modifies his arrow to make it faster and adds a string to guide it mid-flight. Once a fleeing, injured, exhausted Neji presents his blindspot, Kidōmaru fires again and successfully hits him.

Neji is badly wounded by Kidōmaru's arrow. However, he continues fighting; he injects some of his chakra into the guiding string attached to the arrow, which travels back to and paralyses Kidōmaru. Kidōmaru falls from the tree he was hiding in, assuming that this was Neji's dying effort. Following Naruto's example of not allowing seemingly insurmountable odds stop him from winning, Neji meets Kidōmaru as he reaches the ground and delivers a killing blow. As Kidōmaru's life fades Neji explains that he allowed himself to be hit, knowing Kidōmaru would attack from his blindspot and therefore making it easy to avoid a fatal wound. Kidōmaru asks if it was worth it, which Neji affirms: this victory and his helping the Sasuke Recovery Team has made his injuries and likely death worth it.

With his dying breath, Kidōmaru tells Neji that the Sasuke Recovery Team is wasting their time, as Sasuke is fully committed to joining Orochimaru. Neji is confident that Naruto can change Sasuke's mind, and passes out after entrusting Sasuke's retrieval to the rest of the team. The retrieval team near the remaining Sound Four while the Sound Four realises their teammates are running late. Elsewhere, Orochimaru agonises over the Sound Four's tardiness, desperate to take Sasuke's body to escape the Third Hokage's seal. When he cannot wait any longer, he instructs Kabuto to prepare an alternative. Kabuto has several prisoners fight to the death with the promise that the victor will be released.

As he watches the prisoners fight each other, Kabuto tells the dying Kimimaro about Sasuke. Of comparable abilities to Kimimaro, Sasuke is to be Orochimaru's new host body. Whereas Kimimaro is too sick to fill this role, Sasuke is now too late. Orochimaru approaches the victor, Gen'yūmaru, who realises what is about to happen to him. He asks that Orochimaru at least release his family, which Orochimaru agrees to before taking control of his body. Kimimaro, regretting that he could not help Orochimaru, leaves, deciding to be useful one last time by retrieving Sasuke. Elsewhere, the remaining members of the Sasuke Recovery Team catch up to Sakon and Tayuya. The Oto ninja spot them and Sakon goes in to attack. 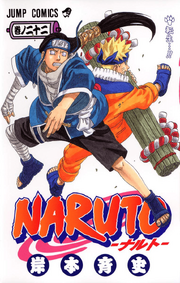