The Shimura Clan (志村一族, Shimura Ichizoku) is a shinobi clan from Konohagakure.

After Konohagakure's formation following the Warring States Period, the Shimura were amongst the first set of clans to ally themselves with the Senju and Uchiha-founded village, alongside the Sarutobi clan.[1] Not much else is known of the clan, except that Danzō Shimura noted that both his father and grandfather died on the battlefield.[2] The clan was also well renowned, as Madara Uchiha was shocked upon hearing that the clan was joining the newly formed village.[3] 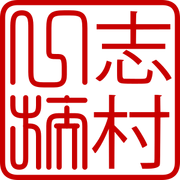