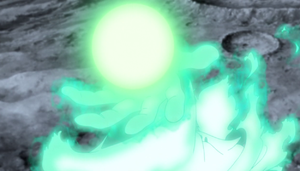 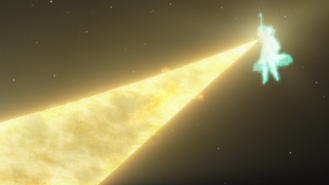 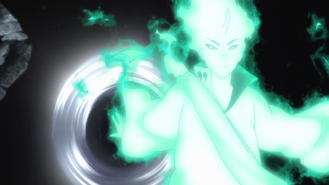 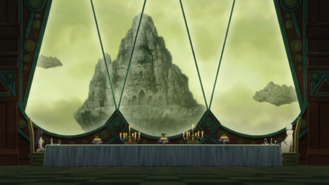 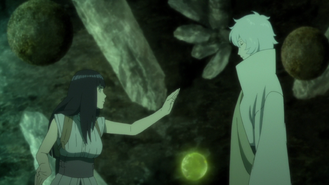 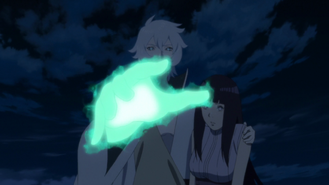 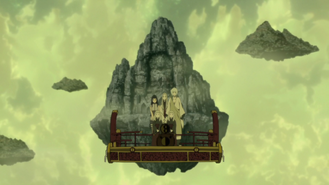 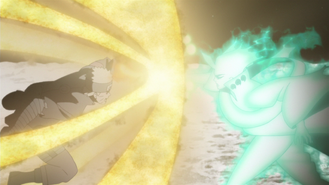 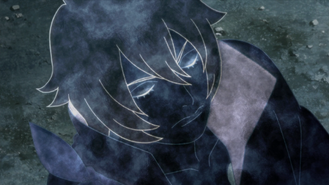 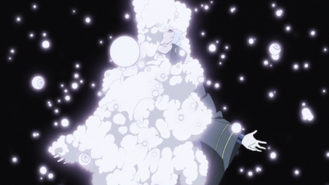 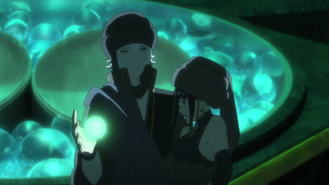 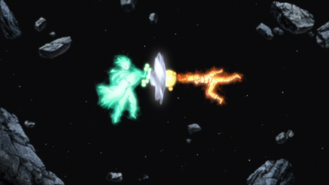 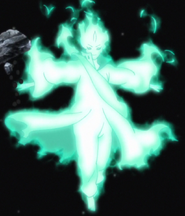 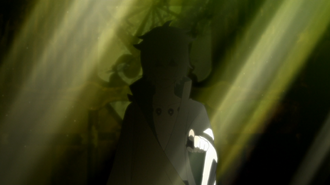 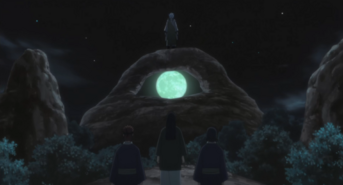 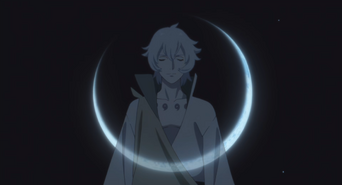 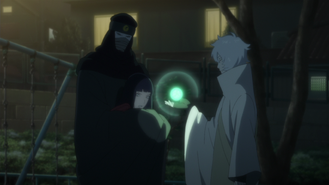 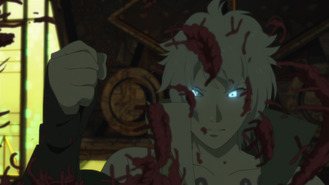 Toneri, overcome by his jealousy, destroys the scarf. 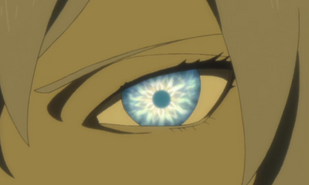 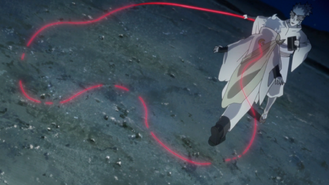 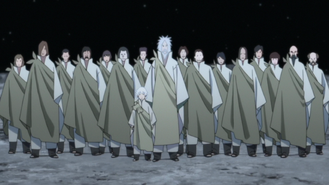 A young Toneri Ōtsutsuki standing with other members of the Ōtsutsuki Clan.