Strength of a Hundred Seal

Strength of a Hundred Seal

The Strength of a Hundred Seal is a jutsu from the Sage of Six Paths era,[3] that requires extremely delicate chakra control.[2] By storing a vast amounts of chakra over an extended period of time into a specific point on their body — usually the forehead — the user creates this seal, which manifests in the form of a rhombus-like marking. Once the seal is formed, the user's already impressive chakra control allows them to perform techniques without any wasted energy.[4] When released, the seal will either spread across the user's face or wrap around their entire body. The stored chakra is then released into their body, greatly amplifying the power of their techniques. The seal will permanently remain in the centre of the user's forehead, presumably so that the user can keep on benefiting from its effects.

This seal is also symbiotically linked to the summon Katsuyu. That is to say: the power of the techniques used by Katsuyu, is directly proportional to the reserves of the seal.[5] By releasing the power of their seals, Tsunade and Sakura were able to combine its power with the Creation Rebirth technique in order to gain access to the Ninja Art Creation Rebirth — Strength of a Hundred Technique. 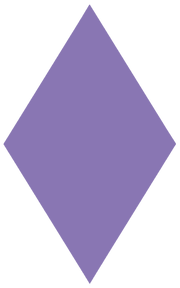