Takumi Village (匠の里, Takumi no Sato, literally meaning: Village of Artisans) is an anime-only village that resides in the Land of Rivers. It was founded approximately one hundred years ago by a man named Seimei. Takumi is known for its skills in making weaponry, many of which are sold to the ninja villages of the world.

However, each time relations worsened between the larger villages, Takumi was attacked by one village over fear of their ninja tools crossing to the other village. Yet they still had to curry aid with the larger villages to survive. Over time, their clientele from the other villages grew in skill, making the crafted weapons obsolete. When the village faced hard times they requested help but were ignored. Certain skilled Takumi villagers grew resentful and felt the villages didn't respect them for all the help their weapons provided in the past, having repaid their aid with attacks in the past.

Four skilled craftsmen trained harder than the others in the ninja arts, wore the Takumi symbol on their forehead protector, and sought to resurrect their village founder, Seimei. They planned to resurrect him using the One-Tailed Shukaku inside of Gaara and use him to seek revenge against the Five Great Shinobi Villages. They operated under the name Four Celestial Symbols Men, or the Four Heavenly Directions. This name stemmed from the characters in their name matching with the deities of the directions: Hōki the Turtle, Kujaku the Bird, Ryūgan the Dragon, and Suiko the Tiger. 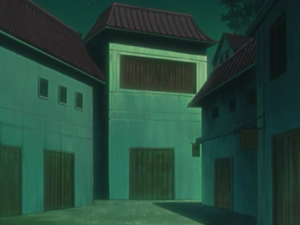