The Worst Client (最悪の依頼人, Saiaku no Irainin) is volume 2 of the Naruto manga.

Kakashi points out that Naruto, Sasuke, and Sakura have all failed to capture a bell because they were working by themselves. Had they worked together, they might have succeeded. Teamwork has been the point of the exercise, the prospective ninja meant to set aside the fact that one of them would be returning to the Academy in order to complete the mission. Seeing how they completely missed this point, it leaves Kakashi with little to no hope, but he agrees to give them another chance after lunch so long as Sasuke and Sakura do not give any food to Naruto. When Kakashi leaves, Sasuke and Sakura defy his orders by giving Naruto some of their food, needing him to be at his best if they are to work together. Kakashi suddenly appears and informs them that all three of them have passed, ensuring that the team's cohesion is of more importance than following orders.

After Team 7 completes an uneventful, D-rank mission of finding a stray cat, Naruto demands that the Third Hokage give them a more interesting assignment. The Third agrees to give them the C-rank task of escorting a man named Tazuna to his home in the Land of Waves. After leaving Konoha, they are attacked by the Demon Brothers, who quickly seem to kill Kakashi before turning their attention to Naruto.

Before the Demon Brothers can kill Naruto, Sasuke steps in and stops them. They turn their attention to Tazuna, so Sakura comes to his defence. Before the brothers can land an attack, Kakashi appears and neutralises them, having only pretended to be killed so he could see who their target was. Obvious that protecting Tazuna is going to be more complicated than the C-rank mission they were assigned, Kakashi considers going home. Naruto, angry with himself for freezing up, demands that they complete the mission no matter how complicated it may become, vowing to never step down from a challenge.

Team 7 agrees to continue protecting Tazuna. Since they are risking their lives for him, Tazuna tells them about why he lied about the mission. The Land of Waves has fallen under the control of a man named Gatō, who has reduced the country to poverty in order to continue his illegal import and export business. Tazuna hopes that, by building a bridge that will connect the Land of Waves with the mainland, he will be able to free the country from Gatō's control, which Gatō intends to stop by killing Tazuna. He adds that he had wanted to pay for the B-rank mission that this will be, but could only afford a C-rank. As soon as they arrive in the Land of Waves they are attacked by Zabuza Momochi, a skilled assassin.

Knowing that Zabuza will be a tough opponent, Kakashi uncovers his Sharingan eye. Intending to defeat the famous "Kakashi of the Sharingan", Zabuza coats the area in a thick mist so that he can attempt to kill Tazuna without anyone noticing. As Zabuza appears within Team 7's ranks and prepares to strike Tazuna, Kakashi stops him. This Zabuza turns out to be a water clone, and another Zabuza quickly attacks Kakashi. This Kakashi is also a water clone, having used his Sharingan to copy Zabuza's technique.

As Kakashi holds Zabuza at knife point, Zabuza reveals that it is just another water clone. The real Zabuza appears and kicks Kakashi into a nearby lake, where he proceeds to trap Kakashi with his Water Prison Technique. Because he must remain with Kakashi to maintain the prison, Zabuza creates another water clone to deal with Tazuna and the rest of Team 7. Kakashi instructs them to flee, but Naruto, remembering his earlier vow to not run away from difficult situations, attacks the water clone.

Defying Kakashi's orders to run, Naruto attacks Zabuza's water clone despite knowing how dangerous Zabuza is. He creates a number of shadow clones to overwhelm Zabuza, but the water clone easily parries them all. As the clones fall back, Naruto throws a fūma shuriken to Sasuke. Seeing what Naruto is up to, Sasuke throws the shuriken at the real Zabuza, ignoring the water clone. Zabuza easily catches it, only to realise that there is a second shuriken hiding in the shadow of the first. He dodges it, but as it goes passed him the second shuriken turns into Naruto.

Zabuza is forced to release Kakashi in order to avoid Naruto's attack. Enraged by Naruto's actions, Zabuza tries to attack him, but is stopped by Kakashi. Kakashi congratulates Team 7 on their success and promises to start pulling his own weight. Zabuza attacks Kakashi with his Water Release: Water Dragon Bullet Technique, and Kakashi instantly copies it with his Sharingan. As the two identical techniques collide, Zabuza prepares another attack, only to realise that Kakashi is mimicking everything he does. Kakashi attacks with Zabuza's own Water Release: Great Waterfall Technique, something Zabuza had only been thinking of doing. After landing the attack Kakashi prepares to finish off Zabuza, but a masked boy beats him to it by seeming to kill Zabuza.

Kakashi checks Zabuza's pulse and, not being able to find one, concludes that the masked boy has killed him. Suspecting that the boy is a Kirigakure hunter-nin, Kakashi allows him to do as he wishes, telling Team 7 that it is the job of hunter-nin to track down and eliminate missing-nin like Zabuza. Naruto is angry that someone so young could kill someone as dangerous as Zabuza, but Kakashi informs him that it is something he will need to get used to. The boy leaves with Zabuza's body and Kakashi promptly collapses, having been left exhausted from overuse of his Sharingan. He is taken to Tazuna's home to rest. Kakashi later wakes up, and is surrounded by the genin, Tazuna and Tsunami (Tazuna's daughter). He states that he will recover from his use of the Sharingan in about a week. It is then Sakura questions him about the youth in the mask. Kakashi explains the hunter-nin, such as the youth, are part of the Anbu, the most elite and secretive shinobi within the Kirigakure. A shinobi's body, even in death, contains the secrets of their respective village, such as ninjutsu, chakra, as well as the ingredients of any drugs or special medicines used on them. Even dōjutsu, such as the Sharingan are valuable to an enemy. As such, in the case of a ninja betraying their village, the hunter-nin are dispatched, eliminate the missing-nin and dispose of their remains without any trace. Meanwhile, the boy revives Zabuza, having only pretended to kill him to save him from Kakashi.

Kakashi is suspicious about how the battle with Zabuza ended. He explains that hunter-nin usually, after killing the target, destroy the body immediately - on the spot. He turns to Sakura and asks her how the the masked boy disposed of Zabuza's remains. Sakura answers that she doesn't know, since they only saw him take the missing-nin's corpse with him. Kakashi points out that while he did, all he needed to take with him as proof to confirm Zabuza's death was his head. He tells Team 7 that Zabuza may still be alive. Everyone is shocked to hear this. Naruto and Sakura ask Kakashi how he could be sure, as he himself checked that he was dead. Kakashi states that while he made sure of it, he also explains that a death-like state could provide a rather convincing illusion. This is especially when the masked youth "killed" Zabuza with senbon, which are a type of acupuncture needle. Hunter-nin are required to have intimate and thorough knowledge of human physiology. While senbon are potentially deadly, they can be used to inflict non-mortal injuries. Considering this, the boy was probably saving Zabuza by putting him in a temporary death-like state. In case he is right, Kakashi decides to start training Team 7 to improve their chakra control for another encounter with Zabuza. 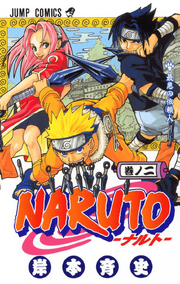