The Transformation Technique allows the user to take the appearance of whatever they choose.

This technique is most often used to disguise the user as another person, but they can also turn into an animal, plant, or inanimate object;[1] according to Sasuke Retsuden, inanimate objects are the most difficult to transform into, and users are shown familiarising themselves with an object's weight and feel before assuming its form. Users will gain the attributes and physical features of whatever they transform into, such as a weapon's sharpness or an animal's fangs.[2][3] To be able to assume so many different forms makes this technique invaluable for not just combat, but intelligence gathering and diversionary tactics as well.[1] In Sasuke Shinden, some transformations are shown to take some getting used to, such as if the assumed form has a different height than the user or if the assumed form wears clothes that the user isn't accustomed to.

Being able to use the Transformation Technique does not necessarily mean one can use it well. Ideally, the user's transformation should be indistinguishable from the original, so that if they were placed together they could not be told apart. Inexperienced users, particularly Academy students, will often have obvious discrepancies in their transformations, making them useless for deception.[1] Even practised users, though their transformations may lack any serious flaws, can overlook small details of whoever they're impersonating (such as minor scrapes or blemishes), thus enabling careful observers to expose them as impostors. Even if a transformation is a perfect likeness, users can still inadvertently reveal themselves if they don't act in the same was as their subject would.[4] Users can also be identified as fakes if their scent is wrong.[5] 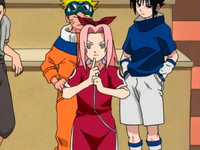 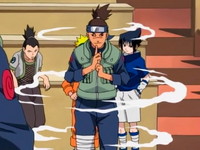