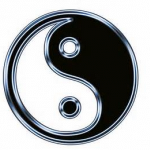 Umm... Hi... I'm Freewolf17. I recently graduated high school and am going to community college come September. I have brown eyes and dishwater blond hair. I'm 5' 2" but pack a punch. In high school I literally had half the football team afraid of me after self-defense in gym class. One of the players was the 'Red Man' (basically just a guy padded up in red, cushy armor that we got to practice on). A few days after I had a go at him I noticed the football team giving me weary looks. ^^; Well, that pretty much blew my chances of dating one of them but who cares! Not really into jocks anyway.

If I post some pictures inaccurately with how they are supposed to be I am sorry I am still trying to figure this stuff out! Don't flag it, just tell me what the heck I did wrong and help me correct it. Also, if I post a picture incorrectly on my own dang page don't be an jerk about it, it is my page.

Fun Fact! Anime episode 3 at 2 minutes 11 seconds in (give or take a few seconds) gives us the starting date of the series!! It is in October and the day of Shinobi orientation for Naruto was on Tuesday, October 15th! If you would look at a calendar for our world (reality that is) for 2013 and look at October you would see that it aligns with ours! Go figure! Well, there was a slight error in the anime picture, they gave October only 30 days rather than 31 but I'll just chalk that one up as an animation error, they happen all the time.

Retrieved from "https://naruto.fandom.com/wiki/User:Freewolf17?oldid=802170"
Community content is available under CC-BY-SA unless otherwise noted.