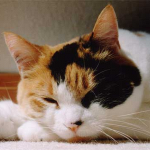 Now I am bored and I have decided to actually write something here. I'm known as GoDai here, and as my name suggests (if you use this term at all), I'm very interested in the GoDai Seishitsu Henka (五大性質変化), or Five Great Nature Transformations.

I also enjoy reading manga such as One Piece, Soul Eater, Bleach, Fairy Tail, D-Grayman, and of course, Naruto. I also enjoyed playing with Beyblades in my "childhood"(When they came out.) XP, and had an encyclopedic knowledge of Digimon then XD. Also, I am quite knowledgeable in the Pokémon video game series, but hate the anime XD. Also, I have a very good knowledge of Yu-Gi-Oh! TCG/OCG cards and game rules (Where I used to live, hardly anyone followed rules... which angered me), and even though I don't play these days, I know most of the recent cards in the "5D's" series.

At this point in my life, I'm most knowledgeable in Naruto out of all of these, but I do not like the anime and all those "cool" changes designed only to get more viewers... and I hate false info getting on this precious site, where I also learned a lot. Although not an admin myself, I'm quite sure I'm equally outraged by vandalism and mistaken info constantly being editted into articles. I'm quite sure the internet is wide enough for one to find a site where they can discuss their "great" fanon ideas, but those do not belong on the articles on this site.

Besides my studies, I am also very interested and studied deeply into subjects such as Classical Elements (Greek, Chinese, Japanese, Buddhist, Hinduist, etc.), but I never found a good way to make money out of that. I'm very interested in the way Masashi Kishimoto has altered the Japanese Classical Elements, known as the Go Dai, and I'm very curious of how that will turn out.

I have also studied Japanese and am fluent in both English and Korean, have knowledge of many Chinese characters, and am receiving education of Mandarin and French. The Japanese and knowledge of kanji helps me when reading the "real thing" of the manga, but I cannot help others with this because I can translate Japanese into Korean better than English, as those two are extremely similar in grammar.

I also have a page on my theories, although in constant construction. I'm trying to make it more interesting (with pictures), but some of them are quite good, too good to be coincidences.

Some have a problem with Kishimoto's system of elements:

Now while this may make sense in some ways, it has been proven wrong in the course of the plot of Naruto several times.

First of all, the Lightning→Earth thing.

Let's see now. Earth jutsu commonly utilizes the ground as a resource, true. However, many think Lightning should be weak to Earth because it grounds it. What is grounding? Spreading electricity through the earth to reduce its concentration. The important thing they forget is that Lightning techniques maintain control over the electricity, so it cannot be grounded unless the Lightning user releases control. The grounding effect rather gives an advantage to the Lightning user, as he can now easily channel focused Lightning chakra through the Earth, in which case Earth's conductivity is taken advantage of.

While I'm at it, the "Why not Lightning→Water" thing.

Pokémon fans also know the famous "Electric beats Water" concept. Well, children are taught that "Bathtub + Electronics" is a big no-no. However, ninja aren't "fish" (Itachi quote!)... well unless they're submerged in the water. You see, water may channel electricity, but in this case the Water-using ninja may not be affected, as he may not be touching the water, and he also has control over the water. He may even send an electrically-charged water wave back at his enemy. For now we know:

Solution to jutsu which increase mass = Chakra is being turned into matter.

We have seen many shinobi "create" matter and energy out of nowhere, which to some may seem as if they were breaking the law of conservation of mass/energy. This is not entirely true, as the shinobi are converting their chakra into the needed material. Therefore, when we see Yamato using Earth Release: Earth Flow Rampart to increase the amount of Earth, he is probably using his chakra to replace the amount of earth required for the technique, so to speak.

When changed in nature, chakra takes on the appearance and behavior of another substance or energy. This chakra can be used as the element itself (Also, it seems there are some other techniques that involve chakra conversion (also called kneading), other than the Natures, such as Jiraiya's Oil and Shizune's Poison). It should be noted converted chakra still contains the properties of actual chakra, and it can be considered as "wearing a disguise". Therefore, a chakra absorption technique such as the Blocking Technique Absorption Seal can absorb converted chakra, as when we saw the Preta Path absorb Sage Art: Goemon. Also, in can be theorized that increased masses such as water and earth will return to normal as time goes by, as the chakra will dissipate and lose its "disguise".

This concept explains how sometimes, the Water Release: Water Dragon Bullet Technique uses nearby water, while other times the user just expels it out of their mouth, converting heir chakra into water.

Retrieved from "https://naruto.fandom.com/wiki/User:GoDai?oldid=588003"
Community content is available under CC-BY-SA unless otherwise noted.