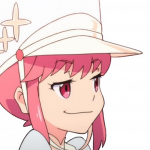 Hello! I'm a person who goes by Kaitan Atreides when on the Interwebs. I'm interested in the mechanics of Naruto-world concepts like chakra theory and fūinjutsu, despite how boring it may seem to others. I've read the manga but haven't seen the anime.

Much of the Yin-Yang portion is based off of that of Hawkeye2701, so thank him! There are several main types of chakra used in the Naruto world, those being human, sage, and demonic.

Human chakra is blue, yadda yadda yadda, it's composed of yin (mental) and yang (physical) energies. Someone like Lee, due to some kind of quirk or birth defect, can only use Yang chakra. All of you who are ready to quote something about Lee "not being able to use chakra," wait! In my opinion, normal human chakra is composed of both Yin and Yang chakra, and on a side note, humans in the Naruto-verse need chakra to survive. Lee has physical chakra, but without Yin chakra, so he cannot express standard chakra.

The Second Mizukage was a skilled genjutsu user, but using ninjutsu tired him greatly. This points to him having mostly Yin chakra.

The Sage of Six Paths could make things from his imagination and life force. His descendants, the Senju and Uchiha, received the Yang and Yin chakra respectively of their near-mythical forebear. The Uchiha stuff seems to rely heavily on genjutsu, ghostly flames, ethereal warriors, intangible stuff. The Senju abilities on the other hand is immense vitality and life-force, Hashirama's ability to create actual trees from his own body and chakra that didn't disappear when their time was up. This might explain also how someone with as good chakra control as Tsunade didn't have much talent in genjutsu, seeing how it relies on Yin chakra, not her family's powerful Yang chakra. Also in this case, Naruto has much more Yang chakra as he is

a) a descendant of the Senju/Uzumaki

b) has Kyūbi's Yang chakra slowly bleeding into his system.

The Rinnegan's six paths have three with a physical focus (Asura, Animal, Deva) while the other three have a focus on ethereal stuff (Naraka, Human, Preta). The Rinnegan... that is something for another time. I had a theory and then Kishimoto goes and gives Madara the Rinnegan and Nagato Madara's old pair. Meh.

Demonic chakra belongs to only tailed beasts and their jinchūriki or pseudo-jinchūriki in the canon universe. It is more powerful than human chakra, but prolonged use harms the human's chakra coils, which aren't meant to hold yōkai or whatever you want to call it. It manifests in first a basic chakra shroud, surrounding the user and giving them more beastlike attributes, depending on the tailed beast or demon, and increasing strength + speed. Then, for specifically tailed beast chakra, it comes in tails, numerically increasing the amount of chakra readily accessible to the tailed beast. Then they can reach Version 2 forms, in which the chakra starts forming the body of the bijū more solidly. It seems to increase healing and regeneration rates when utilized. It is also corrosive. Pros- Potent, increases strength + healing. Cons- User can lose control and emotions become more powerful, especially anger. Damaging after extended period of time (without specialized training). Requires tailed beast or large samples of tailed beast chakra. Now a target of Akatsuki.

Senjutsu chakra is a balanced mix of the user's chakra and natural energy, drastically increasing the potency of their chakra. Depending on the manner in which it was taught (Toad or Snake) it can increase the body's strength and durability or speed and reflexes. It must be gathered while perfectly still with the exception of Jūgo's clan. Doing so incorrectly runs the risk of turning into stone. This imposes a time limit on it during combat, worked around by the Amphibian Sage Technique or Naruto's use of Kage Bunshins to gather natural energy.

All the anime and movie-only chakras, like the Gift of the Hermit Group and Mystic Safety Bell are in my opinion separate modulations of chakra similar to nature transformations, creating an altered chakra form with possibly different properties. Sounds cool, but really doesn't do that much.

Retrieved from "https://naruto.fandom.com/wiki/User:Kaitan?oldid=706939"
Community content is available under CC-BY-SA unless otherwise noted.