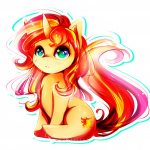 Plane in the Desert

"CLOG ALL THE THREADS!"

Well, since my name is rather long, you can just call me Desert or Nailah. I work on the MLP wiki usually for gallery edits and sometimes for in article stuff. I spell-check occasionally if I see something's wrong on this wiki, and maybe I add to articles if I think some are a bit too "stubby".

Opinion on the shipping stuff: I do have preferences but I'm not into ship wars. Personally, I'm dropping it until the series ends.

As I mentioned before, I work on the MLP wiki, and I am a pegasister (a female fan of MLP, for those who don't know Brony lingo). So, as such, I'll probably start an argument if I see any rude remarks towards bronies/MLP. I don't mind constructive arguments on the show, though, but I won't tolerate stupid hateful comments towards the show.

Person I want for Hokage: Sakura. She isn't my favorite female, but she is definitely a stronger one, and is probably best suited for Hokage.

Retrieved from "https://naruto.fandom.com/wiki/User:Plane_in_the_Desert?oldid=935492"
Community content is available under CC-BY-SA unless otherwise noted.