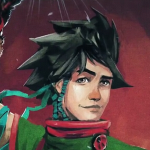 Hello 0-TentouAlucard-0, greetings and welcome to the Narutopedia! Thanks for your edit to the Boruto Episode 21 Discussion: Sasuke and Sarada page.

There's a lot to do around here, so we hope you'll stay with us and make many more contributions. And again, welcome to Narutopedia. Please leave a message on my talk page if I can help with anything! -- Dantman (talk) 19:58, August 23, 2017 (UTC)

Re: Why did you remove my edit?

You'd do well to read edit summaries, I explained it there, referring to the previous edit summary, of another user who reverted your edit before. Mito was Hashirama's wife, but she wasn't made a jinchuriki because of that, and that happened before other villages even had tailed beasts to seal, so the practice wasn't around when she sealed Kurama. Omnibender - Talk - Contributions 15:58, August 28, 2017 (UTC)

Actually, we do know that wood clones get the Rinnegan replicated as well. Madara previously used one to deceive the Five Kage into sealing it instead of his real self, and according to Madara, wood clones are a perfect replica of the user to the point only he was able to differentiate between them (while they were used by Hashirama). So, the pure logic allows to conclude that while the 25 clones weren't clearly shown with the Rinnegan, there was no reason for them not to have it, since it was wielded by a single sealed clone earlier. Let's say that anime didn't invent anything new, but just cleared up the things. Ravenlot 27 (talk) 14:40, September 23, 2017 (UTC)

It obviously had no eyes because it was struck by Tsunade's punch and received the damage like all the Edo Tensei bodies do. Previously, its eyes were alright as a Rinnegan. Would've been too dumb for the Kage to seal Madara that suspiciously didn't have any eyes. I hope you wouldn't try to say that half of its body missing also wasn't a result of the punch, but an actual form of the clone. Ravenlot 27 (talk) 15:02, September 23, 2017 (UTC)

You have no need to retell me what happened on the panels, since I know them quite well by myself. The substitution obviously happened off screen, but there's no way to know at what point exacly. What stands clear is that clone before Tsunade wielded the Rinnegan, and its empty eyes, along with the cracking face, were the result of it being beaten by Tsunade's punch and not because it had no eyes from the very beginning. Until the moment the punch happened, Madara's eyes display Rinnegan, may it be the clone or the original. Ravenlot 27 (talk) 15:20, September 23, 2017 (UTC)

The Kage would've immediately noticed that Madara switched to EMS for some reason, it'd still be suspicious, but they believed they sealed the real Madara up to the moment he stabbed Tsunade from below. All the Kage were pretty close to Madara, so noticing the change in his eyes wouldn't be a problem for either of them. Regarding them moving from the previous positions, it's not really a sign of some fight off screen, they rather moved in during the preparations to seal the fake Madara. Ravenlot 27 (talk) 15:32, September 23, 2017 (UTC)

I've read it, as you could've noticed, so do read mine as well.
P.S. You've previously admitted that if it could be EMS, then the empty eyes were really the sign of damade. If they're the sign of damage, there's no reason for Madara clone not to have Rinnegan, since there's nothing shown in the eyes besides of it. Ravenlot 27 (talk) 15:37, September 23, 2017 (UTC)

1. Planting receivers isn't exactly the way to replicate the Rinnegan. Technically, it's just reflection of it, the sign that the body is being controlled by Rinnegan wielder, but nothing more, just like the reflection of the Sharingan within the eyes of those controlled by its genjutsu. The exact replication may be hard, but not impossible, witnessed by Kabuto himself creating the Rinnegan by Edo Madara. Wood clone was said to be the perfect replica, and Rinnegan of Edo Madara wasn't really perfect by itself, so it's not beyond the realm of possibility for it to be replicated.
2-3. True, but since the moments of them opening their eyes or their eyes before casting the genjutsu on Raikage stayed off screen in the manga, so anime didn't do anything particularly erroneous in adding the Rinnegan into their eyes.
4. In all the moments before Tsunade's punch, there's the Rinnegan in Madara's eyes. The scene of her rushing already includes her delivering the blow to Madara, i.e. the damage was already received.
5. If you're reffering to Oonoki damaging Madara right before he used Perfect Susanoo, then it's still understandable that his face received no damage because it was Dust Release and not a physical attack, unlike Tsunade's blow. The impact of the blow caused the face damage, while Jinton has no impact behind it, it just cleanly pulverised Madara's right half which was caught into its effect range without causing any additional damage. Ravenlot 27 (talk) 16:16, September 23, 2017 (UTC)

2-3. The switch from the EMS to the Rinnegan is a more plauasble possibility than creating the clones with differences from the original user from the very start.
4. In the scene, we see only the punch being delivered, but the right half which was supposed to be blown off isn't even visible, so it's impossible to say for sure that it still wasn't blown off up to the next scene.
5. I must compliment you for bringing up the example of Edo-bodies getting their eyes empty after sustaining a certain level of physical damage. I was sure this example exists, but forgot where it was displayed. Okay, by the logic, Itachi's face and by proxy his eyes shouldn't have been affected by Kabuto's blow, but somehow they are affected, since we can see that the face is cracked and the "Edo skin" is falling apart. Although Kabuto's blow was technically a physical attack as well, let's say it happens completely randomly, but still, it somehow happens, so Madara or his clone shouldn't be an exception.
6. I don't see anything impossible in switching between the doujutsu, it's not something beyond the logic of Naruto world. At least, it's not more impossible than creating wood clones with EMS instead of Rinnegan from the very beginning. Ravenlot 27 (talk) 16:51, September 23, 2017 (UTC)

Retrieved from "https://naruto.fandom.com/wiki/User_talk:0-TentouAlucard-0?oldid=1250151"
Community content is available under CC-BY-SA unless otherwise noted.