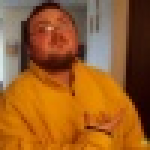 Hello Actionmanrandell, greetings and welcome to the Narutopedia! Thanks for your edit to the Rock Lee page.

Please stop pyramid quoting in the forums, I'm not going to keep up cleaning up your posts to remove the lines of quotes. I've already called you up on this multiple times but apparently it's not making any impression as you keep doing it. --SuperSajuuk Talk Page | My Image Uploads | Tabber Code | Channel 11:02, July 15, 2014 (UTC)

In many of the threads you've contributed, I have pointed out your habit of pyramid quoting. If it's not already obvious, pyramid quoting is where you make a post which includes many quotes that stretches the page downwards. I can't link you to any examples where this has happened, because they've all been edited, but when quoting a post that has a lot of quotes in it (this is indicated by <div class="quote"></div>), please remove the various quotes before replying. --SuperSajuuk Talk Page | My Image Uploads | Tabber Code | Channel 12:40, July 15, 2014 (UTC)

Why do you underrate Sasuke's Rinnegan? It is as if you disregard his tomoe. Listen, he only had one Rinnegan with 6 tomoe due to Juubi influence, it is currently incomplete but when it gains 9 tomoe it will be complete like an atom with 8 valence electrons, Sasuke is definitely equivalent to Naruto.KiritoLevel96Alicization (talk) 01:57, September 23, 2014 (UTC)KiritoLevel96Alicization

You are becoming very annoying with all your talk of fake facts, actual science, statistics etc. This crap doesn't matter so please stop, you push your opinion on everyone else way too much. Please stop acting as though you know more about naruto then anyone else because i can guarantee you don't. Munchvtec (talk) 14:06, November 3, 2014 (UTC)

If you observe them properly, you should figure that out. For example Sakura's given strength as 3, if it were meant with techniques/modes whatever, it would be 5. Lee has 4.5 in both strength and speed, if it were with Eight Gates, it would be 5. Same for Jiraiya, he would have had 5/5 including Sage Mode, but doesn't.--Elve [Mod] Talk Page|Contribs 16:29, November 3, 2014 (UTC)

whatever...ill stick to my opinion and you stick to yours. by the way; you don't have type in your username after you put the four tildes. it makes an unnecessary second link to your page. Munchvtec (talk) 18:19, November 3, 2014 (UTC)

For the love of Jashin! *sighs*

First, Yes, Black Zetsu said both Transmigrants can awaken the Rinnegan, the manga said that the INDRA'S transmigrants just need the chakra to awaken it.

Plus you CANT get the Sharingan just introducing cells or chakra into your body, in that case every non-uchiha user of the Sharingan(Kakashi,Danzo,etc) Would be able to awake the Sharingan considering how much DNA you get from a COMPLETE ORGAN, they have those eyes since years and yet i havent see them awakening the Sharingan in their own eyes, being that said, Asura's transmigrants were tempted by Black Zetsu? Yes. But tempted to stoled the eyes of the Uchihas(Or Indra's transmigrants in the case), cuz u cant evolve from a normal human eye to an Advanced Dojutsu, u need a Base Dojutsu. And for the end, don't use my talkpage to continue arguing things that have been already done.

As i said before, don't use my talkpage to argue things that were done before just cuz we disagree on our points, Second, in the manga they never said that only Chakra or Cells whatever u can call it were needed, you are doing your own facts, if not, then show me the Chapter and the page where you saw that and i will give you the win.

Third, your argument about Ashura's transmigrants and they awakening the Sharingan it's just speculative, it doesnt have any base and wasnt stated before not even in Manga, i will set this discussion over and if you go further i will call a Sysop to do the things that must be done to you.

Despite several warnings and the nature of your posts in threads (which usually derail threads and attack users for no reason), you still continue to disrupt the forums. As such, you've got a one week block. Take this time to reacquaint yourself with the Forum policy and improve your behaviour, or the block will just be extended. --Sajuuk [Mod] Talk Page | Contribs | Channel 07:46, November 13, 2014 (UTC)

Again, closing a thread is not censorship.
The law definition of the word does not apply here, this is a private site and the policies we have written up apply. :Moderators on the site can even choose to close threads for any or no reasons at all.
I would recommend moving on and discussing something else, instead of getting worked up over a thread that was closed. --Sajuuk [Mod] Talk Page | Contribs | Channel 17:31, December 2, 2014 (UTC)

Since naruto have the truth seeker orbs and it can perform jutsus with every chakra nature can naruto do wood style jutsus??? If it is possible what if he can create Sage Art Wood Release: True Several Thousand Hands in boruto series..... That would be one hell of a battle....

I saw this post about Boil Release:Unrivalled strength technically be classified as Nintaijutsu so if you're still pursuing that don't forget about Gari who used explosion release in combination with Taijutsu. Rizgubi (talk) 15:59, November 9, 2017 (UTC)

Retrieved from "https://naruto.fandom.com/wiki/User_talk:Actionmanrandell?oldid=1257348"
Community content is available under CC-BY-SA unless otherwise noted.