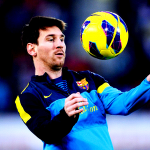 Re: "Road To Ninja" Plot

"Ten-odd years ago. A gigantic demon beast, the Kyūbi, was released by a mysterious shinobi, the masked man. The village of Konohagakure was on the verge of being destroyed by the Kyūbi's attack… There was only one way to save the village. Together with his wife Kushina, the leader, the Fourth Hokage Minato, sealed the Kyūbi into their newly born son, Naruto.Sacrificing their own lives, the two just barely managed to save the village, and entrusted the future to Naruto…

"And thus, time flowed on… Members Pain, Konan, Itachi, Kisame, Sasori, Deidara, Hidan, and Kakuzu of the dreadful shinobi group Akatsuki attacked Konoha!! Naruto et al. narrowly managed to launch a successful counter-attack. But why are these Akatsuki members back again when they were supposed to be dead? The mystery remains, but the shinobi are praised by heir families for completing such a dangerous mission. However, one of them who has never known the faces of his parents, Naruto, cannot help but feel lonely… At that exact time, suddenly, the masked man makes his appearance in Konoha.

"Naruto and Sakura are both attacked by the man's mysterious, new dōjutsu!"

I actually didn't get this one myself. Someone sent it to me using fileshare or something like that. Though rawmangaspot is where I'd normally go to get it.--Cerez365™

You should try reading it properly. I have uploaded several widescreen images here and none of them have been reverted. This is an example of being way too strict, there's no damn need to crop the image, it's perfectly fine. That rule is there only for people who upload images that are too wide. Next time, if your going to complain to me about a rule violation, don't take it out of context. Naruto Shippuden is in 16:9 so the images should be uploaded IN THAT RATIO, not cropped down to 4:3! --Speysider (Talk Page) 16:42, May 31, 2012 (UTC)

Read it again. It says that it's best to do that, but it does not state you must do that. This is yet another example of people being over the top about rules. If you don't like it, go ask someone to go and change the damn rule. --Speysider (Talk Page) 16:53, May 31, 2012 (UTC)

I have just noticed that Cerez told you there is no such rule about image centering on the Image Policy so I don't see your problem or why you feel the need that it's a reason to use a 4:3 image. Let me just quote that part for you:

My image is not left or right aligned so there's no real reason to crop it whatsoever. Like Cerez also mentioned, you are bringing up issues that aren't issues at all which you should really stop doing because it's annoying. --Speysider (Talk Page) 16:54, May 31, 2012 (UTC)

How does it look better ? If my image was like super distorted or looked bad, then fine but my widescreen image has absolutely no issues but your making issues for no reason at all. There are others who use larger resolutions than you and those people are trying to make the wiki better. People like you hinder the improvement of the wiki. --Speysider (Talk Page) 16:56, May 31, 2012 (UTC)

It seems this is not a new issue for this wiki. I have just looked at your talkpage and see that you seem to love cropping the images and strictly adhering to image policy. Let me quote various messages people have left you that you seem to have just ignored:

Cerez has told you a lot of times to stop cropping images for no reason at all. Naruto Shippuden is in 16:9 so stop cropping images to a bad ratio as it looks stupid and it's also very annoying. My image has no problems and your making problems by cropping it. You probably don't know this but the system lists the latest user to make an edit to an image as the uploader and when people reupload images to do nothing with them except crop them, it's annoying and you also take the credit for something you didn't do anything with. --Speysider (Talk Page) 17:03, May 31, 2012 (UTC)

We do not use literal translations in episode names. We use the names given on Wikipedia and/or Crunchyroll. --Speysider Talk Page | My Image Uploads | Tabber Code | My Wiki | Channel 11:30, June 21, 2012 (UTC)

Hey aditya i am LordLance aka Lakshay i am also frm India just want to tell u dat u dnt need to download naruto u can watch it online on narutoget.com

Trivia - Details, considerations, or pieces of information of little importance or value. Courtesy of Google. That's why they call it the "Trivia" section. :|

Thanks for finding File:Hanzo_Pain.png. I was actually trying to find it but could not remember where in the episode it was from. So thanks for getting the image! :D --Speysider Talk Page | My Image Uploads | Tabber Code | My Wiki | Channel 12:21, August 2, 2012 (UTC)

That's actually a bug. Due to the latest MediaWiki upgrade, which went live for us a few days ago, every time a jutsu article is edited with the form, that "on-rank" is added to all pages who do not have ranks. There's a work around it, which I forgot to do when I made that edit. When you make a form edit to a jutsu article without a rank, hit preview, and it'll take you to source mode, where you can delete the line of code for that field, and then save the edit. It's a bit cumbersome, but it's all we can do for now. Omnibender - Talk - Contributions 04:53, August 12, 2012 (UTC)

Both of you, resolve this discussion without clogging the RC with upload logs. I may have not taken part in the image uploading debacle TU3 had to mediate, but I will not let another one start. I will block if I have to. I picked this talk page to post this at random. Omnibender - Talk - Contributions 02:49, August 24, 2012 (UTC)

There was a difference of about 10 mins between your and his upload. Omnibender probably thought that his image was better and so deleted yours.http://i151.photobucket.com/albums/s145/urbancowgurl777/UltimateSupreme2212-3.pnghttp://i151.photobucket.com/albums/s145/urbancowgurl777/UltimateSupreme2212-3talk.png 10:11, August 24, 2012 (UTC)

I found no real difference between the images uploaded by either of you, other than pixel dimensions. I deleted the ones that were not in use at the time I compared the images. Omnibender - Talk - Contributions 05:37, August 25, 2012 (UTC)

Read Chapter 599 —This unsigned comment was made by ScottKazama (talk • contribs) .

Hey. Due to a bug with multiple parser functions, I wouldn't really bother uploading anything as they won't get displayed. Hell, even the rationales are broken. So yeah, you might want to avoid uploading any images until they are fixed. --Speysider Talk Page | My Image Uploads | Tabber Code | My Wiki | Channel 13:45, August 30, 2012 (UTC)

Hi.
I have changed the template a bit for more options and for a kind of uniformity. Just see the Documentation and make a userbox using the box below. Its quite easy. If you have any questions, you may leave me a message. http://i151.photobucket.com/albums/s145/urbancowgurl777/UltimateSupreme2212-3.pnghttp://i151.photobucket.com/albums/s145/urbancowgurl777/UltimateSupreme2212-3talk.png 16:40, September 12, 2012 (UTC)

I don't believe I'm that shallow to simply want my image to be shown in the infobox. While I don't know if that's your agenda, it certainly isn't mine. It comes down to preferences I suppose and like I did for Jinin, Jinpachi and Kushimaru, I simply believe that the mist is not cumbersome enough to warrant a change. It seems a bit hypocritical that you'd do the same for Kushimaru but decide that Ensui should be treated differently. As for the Third Raikage, I still believe that he looks whimsical in that image as opposed to being hard-lined. I did intent to square off them image I had uploaded to be used, but I decided to let it alone, because to be honest I don't look at anime images when a manga one is there, and it seemed to be more trouble than it was worth.--Cerez365™

Retrieved from "https://naruto.fandom.com/wiki/User_talk:Aditya_akz?oldid=704454"
Community content is available under CC-BY-SA unless otherwise noted.