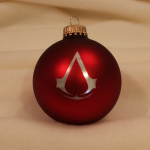 Hello Alchez, greetings and welcome to the Narutopedia! Thanks for your edit to the Obito Uchiha page.

Sorry, I don't know of any sites that post raws. But there are some uploaders here that get them usually a few days after the release. — SimAnt 13:50, November 14, 2012 (UTC)

That... Odd statement aside, The people who translate the manga would either get it through sites providing the raws, or from sourses in Japan. Since the new chapters are published in Weekly Shounen Jump, it wouldn't be a hardship to buy a copy in Japan, scan it onto your computer, and send it to translators. --Hawkeye2701 (talk) 17:12, November 14, 2012 (UTC)

Not sure what you mean by inferior quality to translated text, you mean the official releases? Also, don't put stuff on other peoples' profile page, talk page only man. --Hawkeye2701 (talk) 17:22, November 14, 2012 (UTC)

@Hawkeye True, but I was told here that it's technically illegal.

@X29 Oh hell yes, it's illegal alright, but try finding the perpetrators, it may be illegal, but honestly unless the domain is in the same country as the crime, it's pretty much a waste of time for people to hunt these things down. That's why you never hear about people going to jail for internet piracy.

@Alchez Don't worry about it, you're not the first person to do that. :D Still, yeah, the stuff we get online will rarely be as good as the printed versions, especially when all the translation groups don't have a unified style leading to conflict between readings of different scans. Still better than anything 4kids ever released though. --Hawkeye2701 (talk) 17:32, November 14, 2012 (UTC)

In my perspective, they're doing what should be done, as there are people who are waiting for those people who officially translate the manga. I think those guys should work together with Kishimoto and whoever else he works with so that they can make two releases for the manga. One for Japan and another English translated. Those guys who are being illegal are doing the English version instead. --X29 17:42, November 14, 2012 (UTC)

Please don't make any additional number redirects. Manga chapters are not the only things in Naruto to go be numbered; there are two episode 1s, two movie 1s, technically a couple video game 1s, etc. Readers can use List of Volumes if they want to locate a specific chapter number. ~SnapperTo 18:45, June 14, 2013 (UTC)

Retrieved from "https://naruto.fandom.com/wiki/User_talk:Alchez?oldid=797032"
Community content is available under CC-BY-SA unless otherwise noted.