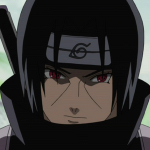 Since the jutsu articles are so short, the additional images would look even odder if they weren't in the infobox. However, if only one of the images is really necessary (a la Chidori), I'd encourage ditching the others. ~SnapperTo 21:47, October 1, 2009 (UTC)

I'm not so sure that you have to put the literal english for jutsu infobox's since that is what the page and top of infobox are named anyways. Simant (talk) 18:38, October 2, 2009 (UTC)

i think its good —This unsigned comment was made by Bleach boy (talk • contribs) .

I havn't deleted them, they are in the 'media' field, just dosn't show up. want me to keep doin it in media field, or leave it in bullet form?

Hio! I remember that you told me that you have the original Naruto episodes in awesomeness-quality. Do you happen to have the episode where you find File:Tonbo.jpg? It'd be nice if you could find a version with better quality :3 ~Hakinu (talk | contribs) 21:49, October 3, 2009 (UTC)

i think in shippuden Naruto becomes a Chunin. Bu t in the form of the article Naruto Uzumaki it's written that Naruto's a Genin. why?--SOUVIK NASKAR (talk) 07:53, October 18, 2009 (UTC)

The jutsu itself is just a stream of chakra being directed out of the palms, the web in the other picture is just a visual effect of the jutsu since her arms are moving so fast. 22:55, October 30, 2009 (UTC)

Because I assume you can get the images

Can you get a better picture of Amaterasu and Great Fire Dragon? For the Amaterasu, something more of the jutsu instead of it burning something, and the Great Fire Dragon, something that clearly shows that the fireball is shapped like a dragon, the current picture is all off angle.--TheUltimate3 (talk) 18:40, November 26, 2009 (UTC)

Could you also get a picture of his 3 tailed form, you know the exact picture of the manga version that was up? It would be perfect for his Jinchuriki page.--TheUltimate3 (talk) 17:25, January 14, 2010 (UTC)

How do you get hq screencaps and so fast —This unsigned comment was made by NoahUchiha (talk • contribs) .

Hm, the Nagato picture still seems to big. I was trying to get the infobox to stop using Pains image and focus only on Nagato (/shrug I relented and I guess it's time.) but the image still seems a lil big.--TheUltimate3 (talk) 13:33, January 17, 2010 (UTC)

You are right about the picture on the Raikage page. I shouldn't have reverted that. I'm sorry for that.

I reverted the picture on A's page for the reason you stated. As for the Sage Chakra image... I don't quite remember well, but I think that was when I reverted an anime image back to an svg image, right? I did that because free svg images are preferred over non-free images from the manga and anime.

What I found annoying was that I had made certain sections to deal with certain arguments, and that people ignored them, and did not try and deal with the arguments there. Thus I found myself constantly repeating myself and getting different answers all over the place. Thomas Finlayson (talk) 05:18, June 10, 2010 (UTC)

Retrieved from "https://naruto.fandom.com/wiki/User_talk:AlienGamer?oldid=964706"
Community content is available under CC-BY-SA unless otherwise noted.