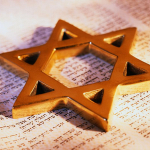 Hello Starship Troopers, greetings and welcome to the Narutopedia! Thanks for your edit to the Talk:Naruto Shippūden 2: Bonds page.

The two words, 一族 and 氏, are basically synonyms. That is, they differ very little in meaning and both could easily be applied here, together with another near-synonym: 家. There do seem to be some subtle differences, although they are rather hard to quantify.

from what I can tell, 氏 is more of a political unit than 一族, being used to refer to the ancient ruling families of Japan, such as the Minamoto, the Fujiwara, the Taira, and the Tachibana. It also seems to be a bit more archaic and, as you already mentioned, heavily connected with samurai.

On the other hand, 一族 seems to have a more general meaning, referring to families without necessarily having political connotations — just a group of people claiming descent from a common ancestor, without there being any political titles or positions involved. It was also, if I am not mistaken, the word used to refer to the shinobi clans from the novel The Kōga Ninja Scrolls (甲賀忍法帖, Kōga Ninpōchō), a famous work of ninja literature by Fūtarō Yamada-sensei that has heavily influenced contemporary ninja lore, including Naruto.

As an aside, 家 is even more general in meaning and connotation than both of the above terms, being able to refer to anything from a small household to a mighty and ancient clan. It is certainly the most common and neutral word of the three and used quite often in Naruto as well, albeit not as often as 一族.

In the end, I would have to say that the most likely reason Kishimoto-sensei went with 一族 is to avoid any samurai connotations in his ninja story, and to draw a connection to The Kōga Ninja Scrolls. It probably simply felt more 'shinobi-ish' to him. —ShounenSuki (talk | contribs | translations) 23:24, February 13, 2012 (UTC)

Retrieved from "https://naruto.fandom.com/wiki/User_talk:AmYisraelChai?oldid=1304333"
Community content is available under CC-BY-SA unless otherwise noted.