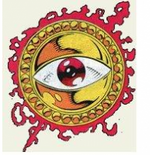 Hello Arrancar79, greetings and welcome to the Narutopedia! Thanks for your edit to the Mind Reading page.

The talk page of the most relevant subject is the best place to ask. Although some questions are not responded to promptly, if ever, almost all questions are seen by at least one of the regular contributors. If nobody chimes in, you can interpret that as agreement. ~SnapperTo 03:23, August 7, 2010 (UTC)

Demonic Statue or Body of the Ten Tails?

I know, I know, pure speculation, but I can't help myself. The first time I saw it I thought it looked like a mummy, and that "Statue" was a euphemism. I haven't seen enough good pics of it, but the one used on its page seems to have ten "stumps". Severed tails perhaps? Arrancar79 (talk) 22:43, August 17, 2010 (UTC)

If in close proximity or if the article isn't that long, sure. I wouldn't concern myself with it too much in articles as long as Naruto's. ~SnapperTo 16:47, September 6, 2010 (UTC)

ShounenSuki in particular thinks that the British English should be the only English used, though he's not British himself, he's Dutch. When I'm in doubt whether the spelling is correct for British English, I just change the spellcheck, gotta love the Opera spellchecker. Omnibender - Talk - Contributions 23:06, September 7, 2010 (UTC)

The reason I insist on British English is because that kind is considered the international variety. Each and every major Anglophone nation uses British English, with only minor vocabulary and spelling differences. The USA is the only nation in the world to use US English as its standard. —ShounenSuki (talk | contribs | translations) 23:41, September 7, 2010 (UTC)

Don't use 'ize'. It's only the 'preferred' spelling for certain words and there has never been a single comprehensive list of all of them to follow. The 'ise' spelling is always correct in British English and thus easier to keep consistent. —ShounenSuki (talk | contribs | translations) 22:27, November 24, 2011 (UTC)

Think nothing of it. I should have made my edit summary more detailed.--Cerez365™

Sasuke could not use the sword version prior to getting his EMS so both versions count and should be listed in the infobox. Why does no one see this? It's the same logic as his usage of the Blaze Release: Yasaka Magatama. The only difference is he could use it one way when he just had his MS, but also another when he had his EMS. So both versions count. 07:42, April 16, 2013 (UTC)

Retrieved from "https://naruto.fandom.com/wiki/User_talk:Arrancar79?oldid=964361"
Community content is available under CC-BY-SA unless otherwise noted.