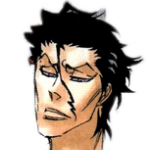 Hello AskinNakkLeVaar, greetings and welcome to the Narutopedia! Thanks for your edit to the Susanoo page.

There's a lot to do around here, so we hope you'll stay with us and make many more contributions. And again, welcome to Narutopedia. Please leave a message on my talk page if I can help with anything! -- Omnibender (talk) 23:33, October 2, 2015 (UTC)

a little suggestion for you, you should read this policy. http://naruto.wikia.com/wiki/Narutopedia:Manual_of_Style#Writing_style i hope you understand Kunoichi101 (talk) 16:36, November 12, 2015 (UTC)

Don't you just hate it when the guys undo your hard work for BS excuses?

"The "Image Policy" does not have anything that prevents your image to being uploaded. The people who continues to undo your hard work because of a "policy" are incorrect. As I have checked the image policy and your update to Naruto's epilogue pic doesn't break any rule of the establish Policy. Meaning that the ones who undo your work is literally going against the policy. I am sorry that the admins and mods would not allow your hard work to be used. But by their own policies your image should not be undo for no reason.--GoldLiger (talk) 17:27, January 20, 2016 (UTC)

Then why was the original image removed? As I checked the policy that image doesn't break any rules of your policy. And it doesn't even state that he had to talk with an admin in the first. So long as he follows the rules(which he did in the beginning) then his initial update would not be removed. So tell me admin/mod what was the initial reason why Naruto's epilogue pic was undo in the first place. And please use an excuse that is within said policy(meaning it can't be a personal opinion).

You need to understand that not every technique needs multiple images. Although the Demising Truth-Seeking Ball has several parts, as the name suggests, the actual jutsu is the Expansive Truth-Seeking Ball, the other parts are stepping stones which we count for informative purposes but for depictions, it's not necessary. It's not like the Black Secret Technique: Three Great Tragedies in which "three" puppets are what makes up the actual technique, which means depictions lf all three doing something needs to be shown. --Rai 水 (talk) 20:54, February 15, 2016 (UTC)

I am not familiar with the Ultimate Ninja Series (not Ultimate Ninja "Storm" Series" so I'm asking if you know for sure in all the games that the creatures you say appears in a character's awakening mode. Do they just appear or do they plat a part is also important. --Rai 水 (talk) 05:35, February 20, 2016 (UTC)

I don't like that sarcasm of yours. People here tend to say in the Storm video games even when one game may not be part of the data they are trying to support so I thought it was the same thing here. --Rai 水 (talk) 06:10, February 20, 2016 (UTC)

Could you possibly stop going around putting in manga images in places where it's not necessary? We use anime pics at all times, unless an anime pic does not represent a scene properly (eg Kurama's foot being the wrong size in the flashback to when Minato died). Manga pics are always replaced by their anime counterpart and are usually deleted, so going back in and replacing anime pics with manga pics is just borderline disruptive. --SuperSajuuk (talk) 07:43, March 4, 2016 (UTC)

I don't know what you are talking about, several of the images you are replacing are not from a filler but from canonical episodes. Manga images are replaced on the wiki with anime images if they are available, you won't be changing that just because you don't like the anime. --SuperSajuuk (talk) 08:07, March 4, 2016 (UTC)

Keep being rude to editors and you'll just get blocked. Considering I have 20500 edits and have been here for over 5 years, compared to your 500 edits and having only been around for 6 months, I think I know what I'm talking about so you don't need to be obnoxious to people.
Stop obsessing about the manga colours and stop replacing perfectly good anime pictures with manga images, when there is no need for it, this is how this wiki works and you will not change that. If you continue to be disruptive about it, then I'll ask a sysop to block you. --SuperSajuuk (talk) 09:44, March 4, 2016 (UTC)

the link you put on (http://naruto.wikia.com/wiki/Saisu_Kamano--) didn't show info, so the link you were trying was this link and I advise you try to be careful on copy and pasting the links next time Kunoichi101 (talk) 04:55, March 11, 2016 (UTC)

You might want to actually use the edit summary when reverting someone's edit more often, and start using talk pages instead on edit warring as you frequently do when it comes to some of your edits like on the Sword of Kusanagi and Fū article, to name a few. It's only going to cause you to be possible be blocked or the page being protected, as already been requested to the sysop after your edits on Team 2 --Sarutobii2 (talk) 11:17, March 14, 2016 (UTC)

When you make an edit, and someone else reverts the contribution, going back in and making the exact same edit again is disruptive. When this happens, you need to use the article talkpage: otherwise, you are just going to get blocked. And it seems you have a history of blatantly ignoring user requests, as you've been infinitely blocked on Bleach Wiki for exactly the same behaviour: if this continues, then the same thing is going to happen on this wiki. --Sajuuk 18:33, April 5, 2016 (UTC)

I brought it up because you are repeating exactly the same practices here that got you blocked forever on Bleach Wiki. These wiki's aren't your personal projects, you don't just get to do whatever you want on them: when an editor removes something, you don't just go back and put it in.
Your edit warring is blatantly disruptive and, as I said, you have a history of it on Wikia. If you continue to edit war and ignore the policies on our wiki, you will be blocked.
You can also stop with the slanderous and abusive messaging you demonstrate on talkpages to anyone who questions your edits. If you don't have anything nice to say, don't bother saying it. --Sajuuk 18:43, April 5, 2016 (UTC)

I've kept a cool head with you but you've been getting on my nerves with your unneeded edits, reverts and image uploads. That image of Jūgo has horrible quality and looks odd as hell. --Rai 水 (talk) 20:59, April 9, 2016 (UTC)

It seems that you don't care to listen to editor requests and continue to revert war, despite editors telling you how things work here. My patience with you has run out, so I'm messaging a sysop to block you for persistent wiki disruption. Learn the rules of the wiki and then come back and edit when you've done that, as it seems you haven't bothered to read them. --Sajuuk 20:39, April 14, 2016 (UTC)

Calm down, Sajuuk. If anything, that's just a misunderstanding; The editor just didn't know what he was doing... O.o I don't think he actually did it on purpose.--BerserkerPhantom (talk) 20:42, April 14, 2016 (UTC)

See the user's talkpage history (and their contributions) to see that they've been revert warring for a long time now and don't seem to know how things work here, despite numerous messages about it. Under normal circumstances, a user would be blocked by a sysop for violating the Revert policy, but considering that this has happened for a while (and as I noted above, they've been infinite blocked for the same behaviour on other wiki's), it's only natural to block to make the point clear. --Sajuuk 20:46, April 14, 2016 (UTC)

You honestly need to be blocked or something because more times then not, your edits are unneeded and unnecessary, repeatedly doing edit wars with several users. That image can be official, but if it's not a good quality image, than it doesn't have to be there. The image of Yagura looks too sketch like. --Rai 水 (talk) 03:22, April 20, 2016 (UTC)

How am I acting like a baby? Because I'm reverting your edits? You need to stay in school or go back. Lets put it this way Askin, this wiki could go without you. You are not a great contributor. You keep testing me Askin, you will not like to see the old Rai. People on this wiki could tell you about how I get down. --Rai 水 (talk) 06:28, April 21, 2016 (UTC)

This is not your first warning. Read the Image Policy.
"Fan drawn images, fan colourings, images uploaded for use on the forums only, and other images that have been edited (other than for simple resizing or cropping), will all be deleted unconditionally."
If you'll fail to use the guidelines accordingly, you will have to face the consequences.--BerserkerPhantom (talk) 09:22, April 20, 2016 (UTC)

Learn to use a talkpage, stop writing so much abuse in edit summaries when reverting and actually cut out the edit wars when people remove unnecessary content that you add to pages. Hopefully that block by UltimateSupreme on your account will give you time to actually stop this unhelpful behaviour and learn the rules of the wiki, because if you continue it when the block expires, then you'll get a longer timeout from this wiki. --Sajuuk 09:31, April 27, 2016 (UTC)

You got blocked for disruptive editing and if this continues, you are going to be blocked yet again. Listen to other editors, instead of doing whatever crap you want. If you are not going to take these warnings or any blocks on your account seriously, then you will not be permitted to edit on the wiki again. So if you want to continue to be able to edit this wiki, consider changing your editing practices. --Sajuuk 13:03, May 28, 2016 (UTC)

You do realise comments like the one you made here are just going to result in you being blocked for a really long time, right? How many more times do you need to be told about your behaviour on this wiki? Do you even give a damn for any wiki policy on this wiki and indeed, on any wiki's you edit on? Clearly you need to be taught a lesson in how to conduct yourself on a wiki, since you missed many of them. --Sajuuk 13:31, June 3, 2016 (UTC)

Retrieved from "https://naruto.fandom.com/wiki/User_talk:AskinNakkLeVaar?oldid=1162775"
Community content is available under CC-BY-SA unless otherwise noted.