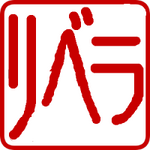 Hello Black-Light, greetings and welcome to the Narutopedia! Thanks for your edit to the Scorch Release page.

As a kekkei genkai, we know it's a two element combination. What the warning is about is not to add the basic elements which might compose it. Omnibender - Talk - Contributions 22:34, June 13, 2011 (UTC)

The idea Amnail13 put in my talk page seems valid, even if a bit too literal. Since lightning chakra and Lightning Release attacks usually have something to do with piercing things (like Chidori and Raikiri) and have to do with vibration (as seen with Killer Bee and his pencil), I'd say making your chakra vibrate enough to pierce increasingly hard things would be the way to go. Omnibender - Talk - Contributions 21:28, May 31, 2011 (UTC)

We use English UK (British spelling) for the articles here. So words like "colour" are correct.--Cerez365™

Re: whats an admin?

It means people get to delete, undelete and protect articles and files (images and videos, we only use images in this wiki) so other people can't edit them, usually because they're being vandalised. Admins can also block people from editing, usually because of vandalism or infringing policy, like uploading loads of images needlessly, or uploading fanart non-stop. Omnibender - Talk - Contributions 01:01, June 1, 2011 (UTC)

I think I know the episode you're talking about. It's flashback that Itachi and Orochimaru are still in Konoha, Orochimaru runs into Itachi in a training room, where Itachi activates some mechanism which makes lots of kunai and shuriken to be thrown at him, but he dodges them all. I don't remember which episode that is exactly, but I do know that never happened in the manga, so you know it's in an anime-only arc. My guess is the Three-Tails arc. Omnibender - Talk - Contributions 01:33, June 1, 2011 (UTC)

You sure he's not listed already? You sure it's an actual ANBU and not really Kabuto in disguise? I remember Kabuto was there, but I don't remember the mask he used. Anyway, if he's not listed in the article already, maybe you can do a section on smaller part characters, like we've done at the Hyūga clan article. Omnibender - Talk - Contributions 20:42, June 2, 2011 (UTC)

You can put it in yourself. Since that article is about cat masked ANBU members in general, you just need to add a paragraph in the appropriate section. Make sure you add a proper reference as well, preferably from the manga if this ANBU member also appears in the manga. Omnibender - Talk - Contributions 20:21, June 9, 2011 (UTC)

It looked ok, though I have to say, I think that the ANBU member you wanted to add is already there. There was a cat-masked ANBU member in that arc already, and they're likely to be the same person. In an unrelated note, when replying on talk pages, you don't have to create multiple headings about the same topic. Instead of using the "leave a message" link (which I assume is what you're doing), which always creates a new heading, you can simply edit the previous heading and add a reply under it. Omnibender - Talk - Contributions 22:37, June 9, 2011 (UTC)

Looks like it was reverted because of the image. Like I said, there's a chance the ANBU member you're talking about is the same one that already appears in that arc of the series. It's all in the wording and formatting. Omnibender - Talk - Contributions 21:51, June 10, 2011 (UTC)

Well, as the picture you took dictates, Naruto is transmitting his chakra upward which (similar to the case of Sasuke shooting upward his Fire-ninjutsu to spark a bolt of Lightning for Kirin) may have caused the resulting electrical storm. I am also not here to deter your opinion or idea, you are free to believe anything you want with the Nine-Tailed Fox--Hohenheim   Talk to Me ◕ ‿‿ ◕  22:07, June 9, 2011 (UTC)

But why cant we just say something else the shape of the jutsu has nothing to do with the element! :( and you now that! So actually putting the laser or beam part on the page is unnecessary :( that's like saying "All ice jutsus create mirrors bla bla bla" see what I mean?!!!!!--Black-Light (talk) 21:23, June 13, 2011 (UTC)Black-Light

We have seen canon, non-mirror Ice Release techniques. I'll try coming up with a better wording for the article. Omnibender - Talk - Contributions 21:35, June 13, 2011 (UTC) Yes! thank you Omni sensei! Finally somebody understands!...........I was starting to get worried that the article would end up bieng like the Gale release crap--Black-Light (talk) 21:40, June 13, 2011 (UTC)Black-Light

we should put it any ways you not sure it bieng important is an opinoin and this information is a fact and wikis are only facts right? And this hair style was a big differance to kakashis character since his hair is one of his biggest characteristics right? Lets just put it in the page what harm will it cause.--Black-Light (talk) 21:36, June 15, 2011 (UTC)Black-Light

Re: Problem with Ranton

What exactly is the problem in the Storm Release talk page? Most of the stuff in there is before we had canon confirmation of it being what we always guessed it to be. I know, I took part in those discussions, and I'm the one who put in the link for a scanalation of the Second Fanbook confirming all that, ShounenSuki verified it. Omnibender - Talk - Contributions 18:29, June 19, 2011 (UTC)

Long story short, see ShounenSuki's comment in this section. It's the last one. In an unrelated note, don't forget to sign your comments in talk pages. Omnibender - Talk - Contributions 19:52, July 3, 2011 (UTC)

That makes sense is there a way you could like give me a list of things you think im capable of doing to help the wiki? I dont really know what to do today--Black-Light (talk) 20:03, July 3, 2011 (UTC)Black-Light

To sign your posts in talk pages, just put in four tildes, like ~~~~. Putting this will automatically create a signature with links to your user and user talk page, as well as timestamping your comment. When commenting on talk pages, always look for a date. There are many people who will simply reply to a topic answering something that most people know because they don't see that it's an old topic, from sometime in which something that was asked wasn't very clear. Omnibender - Talk - Contributions 20:09, July 3, 2011 (UTC)

As a "Release", it's an element, not really a new one, since we already knew magnetism, but it was shown to be an element after all, much like Deidara's explosions. It was excplicitly called a kekkei genkai in the first page of chapter 546. Omnibender - Talk - Contributions 21:44, July 12, 2011 (UTC)

Re: Flak jackets on villages

Retrieved from "https://naruto.fandom.com/wiki/User_talk:Black-Light?oldid=514062"
Community content is available under CC-BY-SA unless otherwise noted.