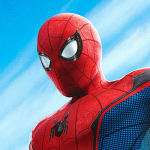 Hello Blaublau94, greetings and welcome to the Narutopedia! Thanks for your edit to the File:Jugo using level 2 of his cursed seal.png page.

Blaublau94, the image Naruto bridge.png which you uploaded has been deleted. We suggest you look over our image policy before you upload another image to make sure you aren't breaking any part of the policy. ShounenSuki (talk | contribs) 00:15, October 22, 2009 (UTC)

Blaublau94, the image Sage Art Frog Call.png which you uploaded has been deleted. We suggest you look over our image policy before you upload another image to make sure you aren't breaking any part of the policy. ShounenSuki (talk | contribs) 00:15, October 22, 2009 (UTC)

Since you need to be asked infrequently, I'm assuming you just keep forgetting. Please do not overwrite manga images with their anime counterparts. Upload the anime images under a new name. ~SnapperTo 02:25, August 21, 2010 (UTC)

When Katsuyu communicates she a) talks aloud, and b) does not pretend to be Inoichi. There are too many cases of Katsuyu not using telepathy for it to be her ability. ~SnapperTo 19:44, November 26, 2009 (UTC)

What I said still applies. If Katsuyu can open up telepathic forms of communication, then why is that the only time she does it? On every other occasion she needs to tell people what others are saying. ~SnapperTo 23:23, November 26, 2009 (UTC)

Re: Ta no kuni

It was never stated in the manga, nor any of the databooks or the fanbook. In fact, the name of the country that Otogakure is located in is never revealed at all, similar to the countries that Kusagakure and Amegakure are in.

Precisely. According to the image policy, images with no text are preferred over images with text. Jacce | Talk 21:00, December 1, 2009 (UTC)

That image is better, but still not really good. The quality is terrible and it doesn't really show much of the valley. I think an image as shown in chapter 408, on page 7 would be better. A nice, wide overview of the valley.

Also, the image policy doesn't allow overwriting images, unless they are the same, but in a higher quality. I reverted it. --ShounenSuki (talk | contribs) 00:54, January 14, 2010 (UTC)

In case you haven't noticed, sasuke's susanoo is really similar to itachi's in that stage, and being as we already have an image of a full susanoo from itachi, makes that picture kinda a duplicate. Simant (talk) 20:14, February 27, 2010 (UTC)

Blaublau94, the image Founding Uchiha.png which you overwrote has been reverted. Please read over our image policy and understand that we do not permit the overwriting of any existing image with another unless the image is a higher quality version of the same image. If you want to change an image on a page, please upload the image under a new name and change the image on the page itself. ~Hakinu (talk | contribs) 18:55, March 2, 2010 (UTC)

Blaublau94, the image Senju Tobirama.png which you uploaded has been tagged for deletion. Please see the image page for deletion notes. We suggest you look over our image policy and ask that you make an attempt to fix the issues you are causing. ShounenSuki (talk | contribs | translations) 13:34, July 17, 2010 (UTC)

It's certainly possible, although I think he would probably be Darui's grandfather then. Given how Darui seems younger than Killer B, while Motoi's father seems younger than the Third Raikage and Motoi is about the same age as Killer B.

Personally, I thought the Third Raikage might be the father of Killer B and the Fourth Raikage, what with B being chosen as the new jinchūriki at the time. Still, it might very well be possible that all four of them are related in a way. —ShounenSuki (talk | contribs | translations) 21:24, August 3, 2010 (UTC)

Hizashi's left or my left? From Hizashi's point of view, he has Dan standing on his left side. From my point of view, the shinobi left of Hizashi is impossible to identify. All I can say is that they are actually wearing their forehead protector on their forehead and they seem to be wearing a Konoha flak jacket. —ShounenSuki (talk | contribs | translations) 02:56, November 8, 2010 (UTC)

It was the first thing I thought of too, but I don't think this is the case. the Kumonin had far too little time with Kushina to do anything with her or the Kyūbi. They never even made it across the border. The Kingin Brothers weren't part of the party that kidnapped her, either. —ShounenSuki (talk | contribs | translations) 01:25, January 28, 2011 (UTC)

I don't think it had anything to do with Kushina, actually. I think the brothers had something to do with Kumo's Kinkaku Force, which would mean they should be at least as old as Danzō and the Third Hokage and most likely even older. They certainly don't look that old now, which would mean they died a long, long time ago, before Kushina was even born.—ShounenSuki (talk | contribs | translations) 18:23, January 28, 2011 (UTC)

Retrieved from "https://naruto.fandom.com/wiki/User_talk:Blaublau94?oldid=973233"
Community content is available under CC-BY-SA unless otherwise noted.