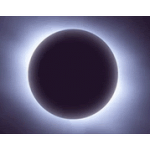 Hello CyberianGinseng, greetings and welcome to the Narutopedia! Thanks for your edit to the Talk:Shield of Black Flames page.

Your links ain't working. :( I've been disputing this because Zetsu apparently does not specifically say anything about how Itachi "put out the fire to save the eyes"—that it seemed to be more insinuated by the translators at the time based on what we could gather from the situation... That, and because Itachi turned out to have had no actual intention of bringing any harm to Sasuke's person; which would mean he probably knew and accounted for the likelihood of his little brother preparing the the Orochimaru-style Kawarimi no Jutsu before he started tracing his movements with Amaterasu.

Basically, there's no offical word about Itachi being capable of extinguishing Enton. It's all based on presumptions... Good ones, don't get me wrong. But it was because of our presumption that the debut of Sasuke's right dōryoku came off so weak. The general reaction to what Sasuke accomplished in that Chapter was "so wat itachi did that with one eye, and his tsukuyomi doesnt suck lawl"

The only roadblock I've been facing is how the Kawarimi wasn't entirely consumed by the Enton. I've suggested that, due to the nature of the Jūinka and the Orochimaru-style Kawarimi, and Sasuke's intended set up for Kirin, Sasuke could have intentionally partitioned the Kawarimi for the express purpose of luring Itachi in while initiating the set up for Kirin... Well, the part about him luring Itachi there is almost certainly true, as he exclaimed to himself before firing off those Gōryūka that he had Itachi right where he wanted him. —「SaiST」

So you're saying Zetsu said he put out the fire, but not how he put it out? There is no other method of putting out the fire. Stopping casting as the person I responded to said does not even make sense and has been contradicted by many instances of Amaterasu continuing to burn when the user has stopped casting it. The only other way it can stop is if it completely burns whatever its original target is without coming into contact with anything else. This is why you suggest Sasuke partitioning his remains. Yet Sasuke has never demonstrated this ability so this is an incredible leap in logic. If Zetsu said anything at all about Itachi being the one to extinguish the fire, regardless of how, then it's logical to conclude that the user put it out. Certainly more logical than Sasuke partitioning his body as he had no means to do so short of slicing his ass with a chidori. We see him slice the ground. There's no indication of him slicing himself. And Itachi would notice that Sasuke bisected himself and would know what that means. Zetsu too. Someone would've commented on it. Is there any doubt about the translation saying Itachi put out the fire? I have to raw if need be.--CyberianGinseng 17:16, October 24, 2014 (UTC)

I'm saying that Zetsu only claimed that Itachi stopped using/casting Amaterasu and was then proceeding to go for Sasuke's eyes, not that he stopped/put out the fire for the sake of preserving the eyes; the latter would be a direct, official implication of Itachi extinguishing the Enton but that doesn't appear to be the case.

By "partitioning" the remains of the Orochimaru-style Kawarimi no Jutsu, I'm not proposing some new, undisclosed ability; simply severing the Kawarimi before escaping through the hole he made with his Chidori. Also worth noting is that despite the fact that he prepared this Kawarimi, Sasuke lost the only wing he had left from the second state of his Ten no Jūinka.

And I think you may have misunderstood Seelentau's reply. I was asking him to verify what Zetsu literally said, if he really did say that he extinguished the flames, or simply stopped using Amaterasu. I don't think he is of the opinion that simply ceasing to cast Amaterasu also stops the Enton from raging on—he shares my opinion that Kagutsuchi has been the only confirmed means of extinguishing the Enton. The matter of how the Enton was not allowed to consume the rest of the Kawarimi is ambiguous, but I'm suggesting that there could have been a way on Sasuke's end, without attributing an ability to Itachi he was never officially said to have. Bring the raw scans in if you must, get a second opinion from takL too. —「SaiST」

Yeah, as I suspected, Yagami1211 translates it as "As expected, it's Itachi's victory. He stopped Amaterasu to take Sasuke's eyes.", while takL translates it to "Itachi put out the amaterasu, i see... hes going to pinch the (=sasukes) eyes..." You can claim that the first translation is ambiguous, but the second can't be interpreted as anything but Itachi "quelling," as you put it, the black flames. But that's my two cents so... whatever.--CyberianGinseng 19:19, October 26, 2014 (UTC)

takL is translating the sentence very freely. The word used by Zetsu means to stop (something or someone) and not to put out or to extinguish (which would be 消し止める). • Seelentau 愛 議 19:29, October 26, 2014 (UTC)

Perhaps. However, it's clear to me you are "translating" the sentence very loosely yourself. No translation I can find states Itachi stopped "casting" Amaterasu. That's a word you and Saist keep inserting. No other translator says this.

Point to the kanji that all these people are missing that means "casting," because NOBODY is translating what you're saying, except you.--CyberianGinseng 21:06, October 26, 2014 (UTC)

Now that's hilarious. You had to go through some serious mental gyrations to tell yourself that. Your nonexistent word makes all the difference in the world. Amaterasu is the black flames, when cast in that manner. Trying to separate out the black flames from the jutsu that causes them in this context is absurd. When people see the black flames they say, "Amaterasu." Only when Sasuke uses shape manipulation is it not Amaterasu, which results in an entirely different jutsu. Since Itachi didn't have any of that it makes absolutely no sense whatsoever. Black flames do not get put out (as we all saw) by no longer casting Amaterasu. This is why Saist has resorted to scenario where Sasuke, who's supposedly trying to lure Itachi in to his "corpse," is cutting his body in two with chidori he used to cut through the floor, as if he should expect Itachi's Sharingan to miss all that. Deep down he knows it doesn't make sense. As expected, you have no case to make.--CyberianGinseng 21:58, October 26, 2014 (UTC)

Retrieved from "https://naruto.fandom.com/wiki/User_talk:CyberianGinseng?oldid=945873"
Community content is available under CC-BY-SA unless otherwise noted.