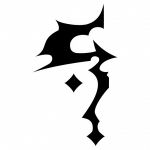 Hello DARK ZER06, greetings and welcome to the Narutopedia! Thanks for your edit to the Talk:Madara Uchiha page.

There's a lot to do around here, so we hope you'll stay with us and make many more contributions. And again, welcome to Narutopedia. Please leave a message on my talk page if I can help with anything! -- Omnibender (talk) 21:43, December 11, 2013 (UTC)

That was me. I archived the largest portion of older topics, which made a pretty big archive, and the most recent topic, well, see the very big warning in the top of that talk page. Arguments about Blaze Release have been done ad nauseam, and just end up going in circles all too familiar, which are pointless considering there has been no new relevant information on what it is or how it works pretty much since the term was first introduced. Omnibender - Talk - Contributions 21:55, June 4, 2014 (UTC)

Try having to part of those, explaining the same thing over and over again. Actually, don't, it'll make your brain hurt. Regarding your question, wind and blaze were only used collaboratively so far, not against each other. In a collaboration technique, the composing techniques feed into each other. Regarding what blaze may or may not be composed of, that's the "explain so many times your brain hurts" I mentioned before. Omnibender - Talk - Contributions 22:08, June 4, 2014 (UTC)

If they had been used against each other, there's also the issue of the amount of chakra put in them. A jutsu of a "weaker" nature can overcome one of a "stronger" nature if the jutsu is more powerful or has more chakra put behind them. For example, say Naruto threw a Rasenshuriken against Sasuke's Great Fireball. Rasenshuriken is a much more powerful technique, so it makes up for the nature disadvantage. There is no instance of blaze and wind being pitted against one another to say how they'd work, and the amount of chakra put into the jutsu also influences it. Omnibender - Talk - Contributions 00:02, June 5, 2014 (UTC)

To which I again refer you to what has been said ad nauseam of what this is, on the basis of having a different name alone. A summarised version is at the second to last topic in the second Blaze Release talk page archive. Following that, if Blaze Release is truly just a strong Fire Release, Kishimoto has to explicitly say so, because he has developed an entire logical basis for something with a different name not to be just a strong Fire Release. The same argument erupted when Storm Release first appeared. Omnibender - Talk - Contributions 12:41, June 5, 2014 (UTC)

I have no experience with Rosetta Stone, but it's pretty famous, huh? I learned it in evening classes and later as a second foreign languagae in high school. But I'm not learning it anymore. • Seelentau 愛 議 10:24, August 27, 2014 (UTC)

I wouldn't bother Omni with such things, he isn't very active lately. For the "issues" at hand:

At least I solved the Ten-Tails' Rinnegan infobox issue.--

Shinju's infobox can be edited here.

No one says the original Shinju had Rinnegan though. But I'm of the notion (and I'm not alone) that Obito summoned the Shinju, recreated from Ten-Tails' body or not, but it was the Shinju--Elveonora (talk) 21:20, September 4, 2014 (UTC)

My opinion on the first point is that trees don't have eyes, I suppose.
The Six Paths thing seems an ill-conceived part of this edit. The plain Six Path detail should probably be moved back to the Rinnegan section. ~SnapperTo 21:54, September 4, 2014 (UTC)

Just do what I do and pretend he's not a real person. You can't get mad at someone who doesn't exist. ~ Ten Tailed Fox

Re: the shinju talk

Remind me what that off-topic thing was again. Sorry, I was too busy arguing with Elveonora. --WindStar7125

I happen to fully agree. I have no clue why some articles say Kaguya only gained the Rinnegan from eating the chakra fruit. Other Kekkei Genkai such as the Byakugan, Dead Bone Pulse, etc, require chakra as well. --WindStar7125

Courtesy of me, Is this what you were looking for regarding adding more abilities Kaguya had gained from eating the fruit? --WindStar7125

Re: six paths round 2 talk

No. Asura's reincarnation needs Indra's chakra to bring forth Hagoromo's to get the Rinnegan. Nothing else.

The Sharingan is a Kekkai Genkai of the Uchiha. I don't recall the body of a Senju being a KG. Their bodies are special, but I wouldn't compare it to kekkai genkai. Wood Release is a KG of the Senju (specifically Hashirama), not their bodies.

I guess that "something else" Asura gains is the Six Paths Sage Technique.

I'm well aware that you said it was like a KG. Their bodies special, yes, like I said. similar to the bloodline limit (KG in literal english). --WindStar7125

This is a very interesting question (not that your previous ones weren't, but I'm glad there's someone willing to hear my opinion). In chapter 692, page 7 (if you count the large and wide pages as two pages), it was confirmed that Hagoromo gave Sasuke that different Rinnegan for the sole purpose of deactivating the Infinite Tsukuyomi, which brings me to this conclusion: it seems that only Rinnegan with tomoe can cast the Infinite Tsukuyomi (proven by Madara using Kaguya's third eye in the end of chapter 676) and deactivate it (suggested for Sasuke's Rinnegan by Kakashi chapter 678, page 11, and confirmed by Hagoromo when talking to Sasuke in chapter 692). Some people want Sasuke dead, but my question to that is "Who would deactivate the Infinite Tsukuyomi?" A user suggest that if Sasuke died, Naruto could just take the Rinnegan from the autopsy of the first Animal Path in the Invasion of Pain (assuming it's still there). I responded to that with "the dual Rinnegan Madara and Hagoromo awakened can't cast or deactivate the Infinite Tsukuyomi." Here are my reasons:

3. And finally, If the dual Rinnegan could cast/deactivate the Infinite Tsukuyomi, Hagoromo would have done it himself. I mean he did aid in summoning souls from the pure world, I am not questioning Hagoromo's abilities in any fashion.

All of that was a deduction. It may not have been confirmed or stated, but it was just as deduced as Sand = Magnet and Amaterasu = Blaze was, so hopefully no one comes at me with "that wasn't stated in the manga" and such... --WindStar7125

What more do you have to ask or talk about regarding this topic? --WindStar7125

Because you opened two tickets on my talk page and I didn't want to answer in two, so yeah... anyhow:
I don't give a shit about the Six Paths stuff, either. I can only repeat that we all don't know for sure what it is, and everyone who says he knows is lying.
The words purification and annihilation have many translations in Japanese, so I can't say for sure. I'd use Jōka (浄化) and Senmetsu (全滅), respectively. • Seelentau 愛 議 11:40, October 5, 2014 (UTC)

Yes, you asked for two different things under two different headlines. One headline = one ticket.
There are other translations, yes. • Seelentau 愛 議 11:59, October 5, 2014 (UTC)

first and foremost you want to use UK English when editing. Uk english is pretty much just changing words like armor and color to colour and armour. there isn't really much else; just jump in and start editing. fix grammatical errors, add things that might not be there and always sign your posts. Munchvtec (talk) 15:08, October 13, 2014 (UTC)

I guess because the Uk english is more formal but i don't really know. it was decided years before i joined and just don't revert good edits and don't add any fanon. that's about it. Munchvtec (talk) 15:16, October 13, 2014 (UTC)

Fixed it. Took out all of the misconceptions and what not. ★ WS7125[Mod]

Yeah, thanks. I thought about it more after we chatted and realized there were too many misconceptions that I had to take out. No problem. ★ WS7125[Mod]

It occurs to me that I did not respond to your message. I am sorry, but I do not know the answers to those questions at this moment in time. I suggest you ask one of our translators for classifications in the databook (or in general). ★ WS7125[Mod]

Also, as a footnote: Please use colons on talkpages rather than create more spaces on them. This is why. ★ WS7125[Mod]

Sorry, but after expressing my opinions on it here, I don't feel the need to once again partake in a discussion about Naruto's new mode. As seen in the link, it's just going to go around in circles. As for the TSB discussion, maybe. ★WindStar7125

Retrieved from "https://naruto.fandom.com/wiki/User_talk:DARK_ZER06?oldid=1051216"
Community content is available under CC-BY-SA unless otherwise noted.