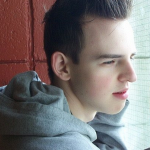 Go to the WikIndex, Adopted Wikia, Administrated Wikia, and Aided Wikia sections for a list of other talkpages and userpages.

When a wiki's owner reverts constructive edits it doesn't say much for the wiki as an informational source. For your convenience, jutsu that fit into one of the following categories have no official ranks (S, A, B) or stats (offensive, supplementary, short range). That means that none should be given.

I like to think that wikis strive for accuracy, but it seems that whenever I try to improve accuracy my edits are reverted or somebody else comes along and inserts similar but different falsities. Please consider the possibility that anonymous users know what they're doing. --71.129.250.151 05:32, 24 December 2008 (UTC)

While I'm bothering you, wouldn't it save some time if you set it up so that only users with at least X edits can create/edit user pages? A blanket semi-protection on the user name space? Kind of like how Wikipedia differentiates with some privileges between regular users and autoconfirmed users. That would reduce the number of people who join just to make their own Naruto/Myspace hybrid which means fewer daily deletions for you. --71.129.250.151 06:49, 24 December 2008 (UTC)

Alright fine, accually i came here from the Naruto Fanon Wiki and an admin and beaurocrat on that site. I came here to help out and i was kinda pissed at "Suicide"?? whihc is just retarded, but i apoligiuze for the attack.

P.S. Thanks for the welcome!

What's up with this?

Hahahahahahaha! Very funny! So, when's this bot thing going to show up? I would really like to see it...also, the jutsu infobox, will you ever be done with it? It's still under construction for many months. If you're not going to use it, you might as well delete it. --Rasengan888 00:13, 25 December 2008 (UTC)

hmm, to tell you the truth, I like the Template:Infobox/Naruto/Episode, it looks better than the my own article for an infobox. I know added more information to the box, but I only want the airdates, and the characters in it, that's it. That's the least thing I want. Oh, and sorry for adding this "extra" information. --Rasengan888 14:11, 25 December 2008 (UTC)

Actually strike that, I at least want the airdates, the title (Romaji, and Kanji), and the characters. That's the least. You can add jutsu if you want and the arc is okay too. What about the manga consisting? --Rasengan888 14:19, 25 December 2008 (UTC)

Ok, I got every information about the infoboxes for the episodes and will wait for the installation. Second off, you still haven't answered my question about the jutsu infobox. --Rasengan888 00:14, 26 December 2008 (UTC)

Oh, the manga consisting as in what chapter is in the anime. Also, you have another special kind of infobox that's on jutsu. Except, it's been on construction for months, and I was wondering whether if you're ever going to delete it. --Rasengan888 01:00, 26 December 2008 (UTC)

Have to be ready

Hey Dantman, since the new episode infobox looks incomplete, I might as well use the original and wait for that new installation to be done. After all, I have a really big article that will consists of three episodes and I'm ready to work on it (as you can see it on my userpage). Reply to this message before 12/29/08, if you can't, then I will use the original infobox for the Naruto episodes since the new really looks incomplete. --Rasengan888 16:18, 26 December 2008 (UTC)

...Are you sure? I mean...it's just that...well...um...that it looks really ugly when people starts to read my new article (which is probably going to be a big read), they think that the infobox is like an old-fashioned washing machine and it'll make the article look like that it was eighty years old. I'm really not sure that I should use it though. --Rasengan888 02:38, 28 December 2008 (UTC)

Shouldn't I wait until the Semanatic Forms should come and install, then I could re-edit the article. Also, how do I even put a good input method? --Rasengan888 16:00, 28 December 2008 (UTC)

How long is it going to be until the Sematic Forms come in? 'cause I'm getting tired of waiting. Also, I have a real gushy feeling of using the new infobox since the Sematic Forms aren't in yet. RESPOND TODAY! --Rasengan888 15:23, 30 December 2008 (UTC)

I'm not sure where we're getting the databook references, but here is a scanlation of it, as far as I can see, it looks reliable. Omnibender - Talk - Contributions 00:21, 28 December 2008 (UTC)

The current policy is to not list Kekkei Genkai in the character info box's jutsu list. I'm fine with that, but how should Kekkei Genkai be listed in the article then? --ShounenSuki 23:36, 30 December 2008 (UTC)

Two things to discuss with you. First, for the new infobox, you forgot to add the image name in the new infobox. Also, for my next article on the episode, I'll be using the original infobox. It's just that, I let that one "incomplete" infobox go to the [[Naruto vs. Neji], but, I would think it's better if the Sematic Forms come in and then I'll re-edit it. But, for now, until the new Forms come in, I will be using the original infobox. --Rasengan888 16:56, 31 December 2008 (UTC)

Images such as jutsus. They still have articles that are on canon source jutsus so I thought I can upload it there. But, if you say no, it's okay. I just want to help out that wiki (don't worry, I'm still going to spend most of my time here). --Rasengan888 22:35, 31 December 2008 (UTC)

Hello Dan-Sensei. I have some unfortunate news. Dattebayo fansubs are going to stop fansubbing NARUTO. The user edits for Narutopedia will go down for sure. I don't want that to happen. If there is anything i could do to help, please let me know on my talk page.--NejiByakugan360 21:26, 1 January 2009 (UTC)

most of people said kakashi was dead in a battle against pain .is that right??? —This unsigned comment was made by Stevenji (talk • contribs) on 02:54, January 2, 2009.

I was wondering... Do you know about OneManga.com. Its a site with HQ english scans of a lot of Manga, including Naruto and Bleach. I just thought it might help you add information to their respective Wiki. Zero 17:10, 2 January 2009 (UTC)

I was just thinking... can you please allow the put of video game techniques in the "jutsu" section of a character that doesn't have to many technique on his/her list? Please respond on User talk Page.--NejiByakugan360 22:31, 2 January 2009 (UTC)

Are Leafninja images like 20px allowed? Although they're of high quality, they were made by the Leafninja staff themselves. --ShounenSuki 05:15, 3 January 2009 (UTC)

I can answer that. No, they are not. Most of Leafninjas pictures aren't used her period because of their small size.--TheUltimate3 05:18, 3 January 2009 (UTC)

That's what I figured, but since these pictures are actually of decent size, I wanted to know for sure. --ShounenSuki 05:20, 3 January 2009 (UTC)

I noted some info for Rasengan888 on his talkpage about leafninja images (User talk:Rasengan888#Leafninja images). Those self-drawn icons by leafninja staff are not official images, so they fall under the same case as leafninja content, copyrighted by them. In addition remember the policy on .gif images, when it comes to simple symbols we create our own .svg images and release them under a free license. ~NOTASTAFF Daniel Friesen (DanTMan, Nadir Seen Fire) (talk) Jan 3, 2009 @ 09:00 (UTC)

Y do hav to be so rude u keep deleting my stuff(images) ,and mainly how dare u delete my user page i swear im not afraid of u blocking me i have more accounts ill take my revenge

I was thinking here: Why we don´t make a type of contest of Miss and Mister of the anime/manga Naruto? The Wookiepedia is doing one of this contest so why we can't do? --Orochimaru98 15:21, 4 January 2009 (UTC)

I'd love to help you out. However, I must warn you. I don't really know anything about this "Soul Eater" series, other than that it produces some nice yaoi ^ω^ --ShounenSuki 16:47, 4 January 2009 (UTC)

The databooks give us information that so far hasn't really found a place in the articles. Zodiac sign, ninja registration number, favourite food, least favourite food, favourite quote, desired opponent... Is it possible this information can eventually be incorporated into the infobox or somewhere in the characters' articles? --ShounenSuki 18:18, 4 January 2009 (UTC)

Hello Dan-Sensei. I was just wondering if i can make a page called "List of Naruto: Songs" for those who want to know the names of the Naruto Songs they want. Thanks, and please respond on My talk page.--NejiByakugan360 00:11, 5 January 2009 (UTC)

A little too much?

Hey, Dantman. I know that asking this would probably get me banned...but, may I have Rollback privileges? I mean, I've always been reverting people's edits and everything, it's just...nevermind...maybe I'm asking a little too much... --(Rasengan888) Naruto Fanon Proctor (talk) 19:40, 16 January 2009 (UTC)
Retrieved from "https://naruto.fandom.com/wiki/User_talk:Dantman?oldid=80889"
Community content is available under CC-BY-SA unless otherwise noted.