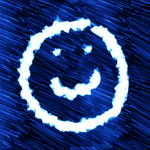 Hello DarkblueFlow, greetings and welcome to the Narutopedia! Thanks for your edit to the User talk:Omnibender/Elemental recomposition table page.

Many users copied the Elemental Recomposition from Omnibender, however his is different so it won't be deleted. -White Flash-(Talk)- 17:49, July 29, 2012 (UTC)

Hello! I saw your Elemental Table and noticed that there were several entries without icons.

Omnibender-senpai gave me permission to submit icon ideas for his table in ShounenSuki-senpai’s absence. The other night I designed some icons for you. They’re handmade (though the kanji were printed from the computer) and lack polish, and the colors don’t show up as well when scanned, but I think they’re not half bad, and I put some thought into the color schemes. Would you like me to post them, or would you rather have ShounenSuki do all your icons? If nothing else, mine could be temporary. I’ll post a picture of all of them to help you decide. Raidra (talk) 17:29, January 23, 2013 (UTC)

Please upload a picture of these icons, I'd love to see them. :) I will use them temporarily until ShounenSuki-dono may create better ones. ;) DarkblueFlow (talk) 01:25, January 26, 2013 (UTC)

Thank you for the honor and kind words. :-D I’ve already loaded a file with all the icons grouped together, but I’ll go ahead and upload them individually. You can find them in the new pictures section or in the contributions section on my page. Raidra (talk) 16:28, January 26, 2013 (UTC)

Retrieved from "https://naruto.fandom.com/wiki/User_talk:DarkblueFlow?oldid=779223"
Community content is available under CC-BY-SA unless otherwise noted.