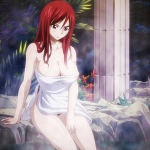 Hello Deathmailrock, greetings and welcome to the Narutopedia! Thanks for your edit to the Talk:Sword of Kusanagi (Orochimaru) page.

There is a way to add both images to the infobox but it seems like the conversation might have already died (look at the date on Cerez's last post). I'll also comment on the talk page but mainly wanted to point out for you to watch the last dates on posts. Joshbl56 10:07, August 16, 2013 (UTC)

Re: What kinda english?

There used to be no defined English to be used, but when discussions happened, British English was picked. Articles are written used the British spelling of words now. Omnibender - Talk - Contributions 00:44, August 22, 2013 (UTC)

Technically, taijutsu refers only to unarmed combat, meaning no weapon use. Weapon use typically falls under ninjutsu, the general term for that branch of technique, not used in the Naruto universe but existing in the real world, which we adopted for use in the wiki is "bukijutsu". Sometimes, where there may be a discrepancy, it is usually pointed out in one way or another. For example, Asuma's Flying Swallow. In the databook, the classification is taijutsu, but the jutsu's text entry calls it ninjutsu over the chakra use (or the reverse, I don't recall right now). Omnibender - Talk - Contributions 19:14, April 29, 2014 (UTC)

Both Madara and Sasuke were able to stabilize their fully materialized Susanoō with their Eien no Mangekyō Sharingan. Take note of the appearance of both their Susanoō as they used it as an armor for Kurama, and Naruto's Bijū Mode, respectively. —「SaiST」

Retrieved from "https://naruto.fandom.com/wiki/User_talk:Deathmailrock?oldid=880266"
Community content is available under CC-BY-SA unless otherwise noted.