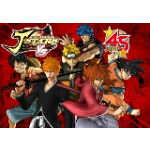 Hello DuelMaster93, greetings and welcome to the Narutopedia! Thanks for your edit to the Talk:Plot of Naruto page.

Where are you getting those airdates for later Shippuden episodes from? Omnibender - Talk - Contributions 18:10, March 27, 2013 (UTC)

By the way, thanks for reverting the edits of the airdates. Hopefully that everything in here should be as accurate as possible which are provided from authorized sources. —Shakhmoot

We don't use Viz translations for OVAs, only for anime episodes. Viz does a good job with dialogues, but they sacrifice accuracy for appeal when it comes to translating the name of things. The translations we use for those OVAs were provided to us by ShounenSuki, a highly respected translator in the Naruto circles, who most unfortunately no longer follows the series. Omnibender - Talk - Contributions 21:53, November 14, 2013 (UTC)

I did ask, did you not see me put the word "Source?" Anyway, I apologize, I was just wary of editors who put in information without viable sources. WindStar7125

Quite the feisty one. Calm down, no need to get angry and use all caps on me. I'll reiterate; I apologize. Good day to you sir. WindStar7125

For the third time, I apologize. Sorry, but there are many editors who make stupid edits without sources or do them on whims. I did not know of your previous contributions. Over the summer, I've had to deal with editors putting in useless information. It got very annoying, so I was wary of them. I was unaware of your contributions, and I apologize yet again. WindStar7125

I've reverted most of them, especially since a lot of them make no sense and were already mentioned in the article lead. Just because the anime dvd's give official names doesn't mean we use them: for example, the Tsuchigumo Kinjutsu Arc that you moved to The Six-Tails Unleashed is utterly wrong. For one, the Six-Tails is not even the focus of the arc. For another, if you actually looked at the talkpage, you would see that the community already agreed to not use the latter name.
If you believe your names are right, you should bring up a thread in the forums and ask for a change to policy. As it stands, the names we have been using for years will be used over the official titles in regards to anime filler arc titles. --Sajuuk [Mod] Talk Page | Contribs | Channel 15:21, December 16, 2014 (UTC)

The problem is, the majority of official filler arc titles are either already matching what we have, are blatantly wrong (hint: Tsuchigumo Kinjutsu arc as mentioned above), or have the most horrible titles (never use ~ or : in article names). The consistency of official manga chapters is different, because those came from a databook: the official dvd titles are only used for fillers and since that's non-canon anyway, we can use whatever titles are deemed necessary.
In the case of the Tsuchigumo Kinjutsu arc, there was already a decision not to use the official title, because Six-Tails has zero focus in that arc (which begs the question why it even is mentioned in the title).
It's great you wanted to change them, but such a change needs to be discussed first, especially as I now have to go through and fix everything back to the way it was, as essentially there wasn't any discussion for it. Don't take silence to mean that people agree with you though... --Sajuuk [Mod] Talk Page | Contribs | Channel 18:19, December 16, 2014 (UTC)

They're filler and made up by the anime directors, that doesn't make them canon like the databook changes that were recently made, which means we can use whatever arc title the fans will know the arc by.
Even if they're official, you did not start any discussion about it, since the other discussions were about the databook titles, not those given by the animators, which are all mostly wrong (the ones that match are arcs like Twelve Guardian Ninja Arc and Three-Tails Arc).
I don't take issue with the fact they're official, it's just that -- on this wiki -- people take the word "official" to mean that it came from the databook or manga. The animators aren't considered to be official, neither are there arc titles.
The point is, you need to discuss this with the community and garner majority support for changing them, which I doubt you'll find, since the anime filler arcs are just that: filler and non-official. You can't just come in and change a bunch of pages to different titles and expect people to simply accept the change, especially as the old titles are much more preferred to those official ones (which were mentioned in the article lead and imo, is enough).
Regarding colons and tildes in article names: where did you see that? I am not aware of any pages containing such symbols in the article name. --Sajuuk [Mod] Talk Page | Contribs | Channel 18:45, December 16, 2014 (UTC)
I hope you understand about the this topic. Yet, of course I was unaware that I carelessly changed the names you renamed until Sajuuk sent me a message and made a lot of cleanup on episodes articles by undoing my edits which I did. so i hope you understand for now. Kunoichi101 (talk) 20:38, December 16, 2014 (UTC)

You got the official filler arc names? I am going to begin changing them the moment I have them. ~ Ten Tailed Fox

which are already mentioned in the articles. don't respond to this message cause i don't feel like arguing. ask sajuuk Munchvtec (talk) 14:07, December 18, 2014 (UTC)

I would advise not creating new arc pages until you actually have something to write about for them. Pages like this serve no purpose to the wiki in any way. Please avoid creating stubs UNTIL there are some episodes released. --Sajuuk [Mod] Talk Page | Contribs | Channel 11:41, January 8, 2015 (UTC)

I am aware of today's episode and the page was probably stopped because you were only going to create a stub with nothing on it (aka, only the infobox).
Creating empty articles does not help anyone, please do not create placeholder articles that others should be forced to update.
When creating an article, you should have information on the topic that you can add so that it actually helps somebody. Stubs don't help us and should not be made. --Sajuuk [Mod] Talk Page | Contribs | Channel 11:50, January 8, 2015 (UTC)

Retrieved from "https://naruto.fandom.com/wiki/User_talk:DuelMaster93?oldid=997505"
Community content is available under CC-BY-SA unless otherwise noted.