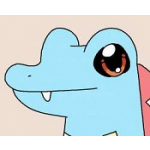 While I'm not a minor, Seel, I appreciate you looking after me, and you bring up a good point.

"Maybe I wasn't creepy enough or something." What kind of comment is that, and why would you assume I wanted people to be creepy to me? I don't know why you started on me, but you're making me more & more comfortable with each message, so I'd appreciate it if you left me alone. Raidra (talk) 14:09, March 11, 2017 (UTC)

Uzumaki have stamina canon or fanon?

Yo, Elveveonora. Is being the descendant of Asura grant you long stamina? Cause that's what Rage gtx is suggesting with the Uzumaki clan, despite the only trait they have is Red hair, Strong Lifeforce and incredible healing technique that were stated by Kabuto when fighting Sasuke. I even used the Offical Viz translation as a source.TenshinG (talk) 03:04, October 13, 2017 (UTC)(TenshinG)

Uzumaki have naturally large chakra reserves and large amounts of stamina/a healing factor. The red hair is recessive, but most Uzumaki DO have it. ExyleCage (talk) 05:13, October 13, 2017 (UTC)

Okay, where's the evidence that suggests this because saying they "DO have it" isn't a convinving argument. Naruto and Kushina do have large stamina but that's because of the perks of being a jinchuuriki. And they do not have large chakra reserves only a strong life force.TenshinG (talk) 04:19, October 13, 2017 (UTC)TenshinG

The evidence is in the fact that, every Uzumaki introduced has had large reservoirs of chakra. Whether it be Karin, Naruto, or Nagato, they've all been shown to have tremendous amounts of chakra. Proof isn't always stated. Sometimes it's given via context clues. Not to mention Karin literally has the ability to TRANSFER her healing factor by getting bitten. Finally, you're using Viz. They're widely known for embellishing translations to make things 'sound cooler'. Example: Katekyo Hitman Reborn's 'Dying Will' was replaced with 'Deathparation'. A more reliable source would be Crunchyroll, where they actually stay true to the translations. ExyleCage (talk) 05:13, October 13, 2017 (UTC)

SO I saw one of ur comments and do you rmember in naruto when naruto used Kuramas power purposely.From then on naruto and kurama could not live without eachother and kurama said it himself so get ur facts right —This unsigned comment was made by Naruto FAN FACT (talk • contribs) .

Pretty sure this is the right place to ask. Would you mind moving this thread to the Naruto Discussions board? Although it references the anime, it's not an episode discussion thread. http://naruto.wikia.com/wiki/Thread:223042 DXAshram (talk) 11:40, January 17, 2018 (UTC)

Both the movie databook and the novelization. Kinshiki is called Momoshiki's "acting parent" and "attendant." I mentioned this in one of the conversations about it in the talk pages, but it was overlooked and someone just treated them as if they were biological father and son, but Kinshiki is actually just his guardian (IE foster father). FF-Suzaku (talk) 05:30, February 16, 2018 (UTC)

I'm going around the wiki and asking certain people for their personal opinion on the matter. I personally, don't believe this, thus why I need other's opinions. Some believe that in the Last Naruto Movie, that Naruto showcased the ability to freely control his Rasenshuriken in air without the need of Kurama's Chakra Arms. I disagree, but I could be wrong and if proven wrong, will change the page to mention it. What are your thoughts Elve? LoneNinja (talk) 19:31, May 12, 2018 (UTC)

Would you consider that evidence to support that he can fully control the jutsu where it goes and how it moves? For example, he could throw it and control it's entire movements, continuously chasing the opponent until the jutsu is stopped? Or do you consider that a precise throw? LoneNinja (talk) 22:38, May 12, 2018 (UTC)

About closed topic Was Hiashi a good father to Hinata Hyuga or not?

And why is not given the age, the rise of older characters in the Boruto series? For example, Hinata Hyuga - Uzumaki and Naruto UzumakiWitek17b (talk) 11:24, May 28, 2018 (UTC)Witek17b

Re: Your personal view

More or less. Generally, my view is that there's Shueisha canon and there's Pierrot canon. I consider Hiden, Shinden, and the Boruto novel series to be in the Shueisha canon, along with the manga and other odds an ends. I guess technically the Ninden series is also canon, insofar as the books exist in-canon, written by Jiraiya. Pierrot canon is just the anime, filler and all. FF-Suzaku (talk) 16:26, July 8, 2018 (UTC)

Got an opinion on this? Willing to hear a third point of view. ★WindStar7125

Whether the series Naruto and Naruto Shippuden series 2, Boruto is dubbed in English or Japanese?

Because I know that there are subtitles in English, but I want to know if they speak English or Japanese. I mean voice to the character. Because I am watching Boruto episode 70, I do not know if there is dubbing English or Japanese. I know that I wrote this on the episode category discussion. But I see no one wrote. So I thought that I ask a question to Mr. Administrator. I apologize very much if I wrote to you as it is already written on the discussion. I am Polish and I watch Polish subtitles in my native Polish country. And as I watch on the site naruto wbijam.pl, there are versions of Japanese voices characters, and when it was broadcast in poland, but it was removed because there were a lot of Polish errors. And I want to know if they still emit in America and the UK.Witek17b (talk) 15:38, September 8, 2018 (UTC)Witek17b

What's your opinion on Chidori boosting one's movement speed? Before I get too busy and I can't discuss the topic on the matter anymore, I'm going to ask for other people's opinions and if they see enough evidence to change the wiki to flat out state it boosts one's speed. LoneNinja (talk) 22:31, October 10, 2018 (UTC)

Thank you for removing your own unsavory post. Why was my post removed as well? I assume you removed it, but what was the reason? I expect notifications before anything I post is removed/edited, with valid reasons.

using the term "traps" in that forum thread

Could use your opinion here, please. ★WindStar7125

Retrieved from "https://naruto.fandom.com/wiki/User_talk:Elveonora?oldid=1325676"
Community content is available under CC-BY-SA unless otherwise noted.