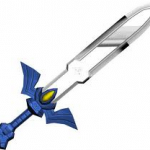 I reverted your edits because:

Well following your logic the fire release great fire annihilation picture under nature transformation should be deleted too since Madara isn't visible in the picture either.--ElvinWindSword (talk) 17:19, September 24, 2013 (UTC)ElvinWindSword

And I just had to revert the same thing. Listen here, if someone reverts your edit, that doesn't mean you can just go right back in and do the same thing over again because you're peeved. Once that happens, bring it up on the talk page. Obviously you've had a few problems around here, so this'll be a warning. Don't remove content from pages without having first discussed it and having gotten a consensus. Capish? ~ Ten Tailed Fox

I deleted the fire release picture from Madara's page on the basis of Cerez's logic. If you have nightmares about it take it up with him. By the way I wasn't "peeved" about the changes I just wanted a reason as to why my changes were being constantly revoked. The whole "you can't post pictures on a character's page unless they are on said picture" thing is hypocritical since Madara can't be seen from the fire release usage.--ElvinWindSword (talk) 20:13, September 25, 2013 (UTC)ElvinWindSword

Yet is clearly his technique, and a display of his usage of it. Frankly, I can't imagine why you'd think a picture of the unconscious Kage on Madara's page would be any relevant piece of anything. Certainly not enough to cause this much trouble. Secondly, don't go there with the "mongrul admin" crap. I don't buy into victim mentality, as its a waste of time. Cerez isn't even an admin, and while I am, I only got involved because it was clearly you were making a bigger stink out of something that really just needed to be let go. If your edit is reverted, fine, feel free to ask if you don't feel the Edit Summary was enough. Don't start deleting images off the same page, even if, in your "logic" you find it reasonable. That, whether you admit it or not, is called being "peeved" and trying to get back at someone for not doing what you want, and it needs to stop. ~ Ten Tailed Fox

Well the whole point of a collaboration site (wiki) is to democratically involve all members. I am not the only one who thinks you are being unreasonable when it comes to editing (go to your talk page and see Elveonora, SuperSaiyaman, and EvilPuppy to name a few). As a leader of this community you should allow innovation and collaboration not delete all edits that you come across and stifle creativity. By the way the only reason I kept reverting your reverts was because the image of the five kages near death is relevant. It demonstrates Madara's prowess and it shows how utter the kage's resolve was against him. It was also a major transitioning point in the 10-tail revival arc, since Madara's assistance in the plan allowed the revival process to speed up exponentially. --ElvinWindSword (talk) 02:54, September 26, 2013 (UTC)ElvinWindSword

Wikis aren't democracies. They're done by consensus of the members, and all you want to do is get your way. Secondly, I'll have you know that Eleve and I, while we debate, get along just fine outside of this. This isn't your soapbox, so I suggest you get off it. The picture is irrelevant, does not belong on the page, as Cerez and I have both mentioned to you, and will not be returning. That's the end of it. ~ Ten Tailed Fox

That's impossible to do. Its likely that the infoboxes are set to allow only sysops to edit them. Not sure about that, but, given the sensitive nature of the last chapters, it wouldn't surprise me that it is set that way. Why do you need to edit it? ~ Ten Tailed Fox

The good thing about this site used be that all users could contribute information freely... Now we can't without having to go through bureaucratic procedure. I am assuming you are the admin for this site so that is why I asked you if you blocked me. I need to edit the info boxes since they are incorrect in many ways for many characters. For example if Sasuke is a Rinnegan user he should have the six paths abilities listed (Since even Obito got them listed early, before he was seen using it). --ElvinWindSword (talk) 05:33, April 18, 2014 (UTC)

Talk again like you did on my talk page and that's it for you. Last warning. ~ Ten Tailed Fox

No. I find that amusing. But we do have rules against what you did. We call it harassment and vandalism. So, I repeat. Do it again to me, or anyone, and that is it for you. Take the warning or leave it, that's the final say in the matter. So I suggest you drop the tone. ~ Ten Tailed Fox

Okay, there is clearly a lot you don't understand. First of all, I am a sysop (admin). I don't run this site. The users do and I don't make any decision around here on my own. They do. I sit back and help edit. Secondly, I didn't protect the infoboxes. They were protected because of high risk of vandalism. That's how a Wikia works. This isn't a country, a political body, or the American Revolution. Its a website which needs constant maintenance. If it is deemed that a page is high risk, its protected. Period. Secondly, democracy is not how a website works. Consensus is. There is a big difference. Again, we're not the United States Congress. Thirdly, regardless of what your intentions were, you were blatantly rude and crass, and, I might point out, you have a history of doing so. We have a set of rules here that we follow, myself included, and you're part of that by editing here. If you break those rules, you get warnings. Ignore the warnings, you get banned. No one was waving ban threats at you. You came at me with a very rude tone and decided to start cussing me out. You got a warning. Two, if I remember correctly.

Its all fine and dandy if you want to edit here. Be my guest. I'm not one to discourage extra help. What I am going to discourage is breaking the rules and throwing around your weight like you've been doing. Making helpful suggestions is one thing. But being a jerk and then turning around and trying to tell the users of this site how to run a website they've successfully kept running for years is rude and uncalled for. So here is my advice;

Like I said, I don't turn down help for the site, and I don't discourage editors from editing. But you are intentionally hostile and that won't get you anywhere. Not with me and certainly not with the others. The warnings still stand. Come at me, or anyone else who edits here, with volatile language, personal slurs, or blatant rudeness and you're blocked. But cool your jets, actually try being kind to myself and others, and make meaningful edits? You'll fit right in here. That's all I have to say on this matter. ~ Ten Tailed Fox

I'm confused. I don't recall deleting any uploaded files recently. Or do you mean removing an image in an article? I did run into edit conflicts earlier, so that may have been caught in-between. Please also observe that images require there being enough text around them to accommodate them. Omnibender - Talk - Contributions 22:02, April 23, 2014 (UTC)

Its not good quality, not to mention its a half panel, and finally I don't think you added all the proper information needed for it.--SuperSaiyaMan (talk) 07:09, May 14, 2014 (UTC)

Retrieved from "https://naruto.fandom.com/wiki/User_talk:ElvinWindSword?oldid=876666"
Community content is available under CC-BY-SA unless otherwise noted.