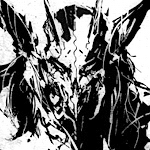 This may need your attention...

Hello FF-Suzaku, I just want to ask you a question regarding Naruto's nature release, where was it stated that Naruto has Yin release? I don't know Japanese but I do understand from the icons in the databook that he has all five nature transformation along with Yang release Naruto and also in that same link Sasuke has five nature transformation along with yin release. So my question is how are they not listed as user of both Yin and Yang in the databook? the explanation of healing Kakashi's eye I got from WindStar was Naruto formed the eye in hollow cavity using Yin (create form from nothing) then used Yang release to connect the nerves. Is it not possible that he created the whole eye from cells using Yang release? also in manga he tells that he created the eye from Kakashi's body. I understand gaining power from Hagoromo grants Yin-Yang release, but does it mean they received Yin and Yang i.e. both the powers or the ability to use them? Is it correct that Naruto has Yin release? I just want an explanation. Thanks.--Naruto uzu6254 (talk) 09:28, February 5, 2015 (UTC)

You created the Naruto Orichara article a couple of years ago. I've tried to keep it updated since then, but I'm not qualified to do much with regards to Japanese. When you have the chance, could you look through it and correct errors/add missing romaji? I'm confident all the Prefectures are accurate, but the Character and Artist names are a crapshoot if they come from me. Thanks in advance. ~SnapperTo 02:22, February 6, 2015 (UTC)

just to make sure

Is Creation of All Things indeed called a technique in Jin no Sho? You translation says so--Elve [Mod] Talk Page|Contribs 11:56, February 6, 2015 (UTC)

Because (I believe) you can also read Japanese, can you also take a look at the Six Paths Sage Mode entry in the databook again to see what it states. I don't care to read GodlyHades's examples again, I've read through them enough in the Narutofan forum post. Thank you.--TheUltimate3

Can you translate this please?

Hey, are the scanlators at NF allowed to use your translations for a scanlation of the fourth databook? • Seelentau 愛 議 17:56, February 13, 2015 (UTC)

Sorry for giving you another translation request, but does Jin no Sho explicitly call Izanagi Yin-Yang Release on this page? -- WindStar7125 (talk | contribs) 07:31, February 15, 2015 (UTC)

Hey I have the entire digital edition uploaded here.

I happened to notice this edit so I ended up reading your translation of Jin no Sho. My question is, does Jin no Sho state that Naruto can use Creation of All Things in your translation? Or can he just use Yin-Yang Release? ★ WS7125[Mod]

Yo Suzakun, could you please translate 三尾、六尾を得るが管理状況は悪く「血霧の里」時代に六尾の人柱力が抜け忍となる。 for me? I got my own translation and one from another translator, but I still fail to understand that sentence. Especially how 管理状況 fits into it. • Seelentau 愛 議 17:58, February 20, 2015 (UTC)

Hi suzaku...sry to bother...had 4 questions regarding the data book that I think you might be able to answer:

1. Is will materialization classified as a yin-yang release...or a rinnegan KG...or nuthin at all...

Translate chapter 667, the panel where Kabuto is talking about reviving Sasuke, does he say he used Hashirama DNA, or that the he just used his studies of Hashirama DNA? ItachiWasAHero (talk) 06:36, March 11, 2015 (UTC)

Nevermind, Voz and TakL from Narutoforums already translated it and it definitely said he used Hashirama's cells on Sasuke. So WindStar and LegionZero are wrong and I am right again.. ItachiWasAHero (talk) 16:54, March 11, 2015 (UTC)

Does the translation The Wolf that Howled at the Sun for 狼の哭く日 come from you? Because I can't see how that is correct. I'd translate it as The Day of the Howling of the Wolf (or to be more literal The Wolf's Howling Day). Care to explain your/the translation? • Seelentau 愛 議 02:36, April 1, 2015 (UTC)

In reference to this comment, I've pretty much covered everything except the section heading "Audio Drama," simply because I don't know what Naruto audio dramas are out there. What are they, exactly? ★WindStar7125

Comedic, huh. Sounds more like spin-offs, which we don't necessarily note in character articles (from what I see, but that could be subject to change). Either spin-offs have their own wikis, or their own individual articles, for instance. All I found is this, regarding the Naruto Drama CD Series. ★WindStar7125

TenTailedFox, SuperSaiyaMan, myself and others have banded together to make a new Dragonball wikia and it is based off of verified and cited information only. Care to join in help? It will need all the help it can get.

Sorry for bothering you but I have a question. On this page on this wiki http://naruto.wikia.com/wiki/Talk:Toneri_%C5%8Ctsutsuki where it says abilites it says "After consulting several blogs, summaries, and a wiki, here are Toneri's known abilities. Some have official names, others don't:" and then "Tenseigan (転生眼, Reincarnation Eye) - After taking Hanabi's Byakugan, he awakens the power of countless generations of sealed Byakugan that were sacrificed by the Otsutsuki Clan. The Tenseigan is roughly on par with the Rinnegan, in terms of strength, and he's said to be as powerful as Madara when using it." My question is where did you find the information that when Toneri uses his Tenseigan he is equal to Madara. If you can, can you link me the source that mentions this. Thank you for you time. --SwordSlayer99 (talk) 19:55, April 29, 2015 (UTC)

In response to this comment, in your preferences, you can change the appearance of Wikia's layout in the "My Info" tab and under the "Appearance" section, you can change your layout from "Wikia" to "Monobook" to get a design reminiscent of Wikipedia's layout if you want. ★WindStar7125

Was on Saiyan Island and noticed something in the comments. Is this you, by any chance? ★WindStar7125

It may be in your best interests to respond to this. ★WindStar7125

The art which depicts Momoshiki's rinnegan as red is done by Studio Pierrot/Shueisha and is irrelevant when compared to the main visual which was drawn by Kishimoto which depicts Momoshiki's rinnegan as light purple/pink. You were saying that its only purple because of lighting and contrast, well here is the digital version of the main visual which nulls said issues (1), its still a light purple or pink like all of the other rinnegans. Its not even close to the dark red color which the advertisements done by Studio Pierrot/Shueisha depict it as. It should also be noted that Shueisha has a history of wrongly coloring rinnegans red, they wrongly colored Sasukes rinnegan the same red as they color Momoshiki's rinnegan. Kishimotos art should always be the primary source that we use. --DC52 (talk) 01:42, July 23, 2015 (UTC)

Hello. Sorry to bother you, but you not prompt where to get the color manga?

I talk about it

As I understood it from the magazine.

Hi i am sending this message to see if u could help me. i have just purchased the colored version of naruto volume 70 of nicovideo and i am wondering how can i rip the images from the browser to jpeg or png format.i would super appreciate ur help for this if possible.if u r able to help me i would offer u the images as thnxs and i will be buying more volumes later down the line.--Deeinfernodestroyer (talk) 17:50, August 7, 2015 (UTC)

http://naruto.wikia.com/wiki/Thread:159828 some of those things aren't in the movie. Are they perhaps from either the databook and novel adaptation? Like the altar housing Hamura's actual eye in the middle and natural energy/Senjutsu stuff. If all that is true, I believe it should be added, thank you.--Elve [Mod] Talk Page|Contribs 19:14, August 7, 2015 (UTC)

Thank you for the response, do you know anyone who might have read the novel or has it? Or a complete summary and explanation?--Elve [Mod] Talk Page|Contribs 21:41, August 13, 2015 (UTC)

Thank you. Do you think the novel-exclusive content for the canonical movies should be treated as canon or not?--Elve [Mod] Talk Page|Contribs 12:46, August 19, 2015 (UTC)

You remember those color fixes you did to the storm roster art?? Well I downloaded ripped models and am using them for character art.. they seem to use the same messed up colors as the darn roster art.. what was the color change you did to fix them again?? QuakingStar (talk) 06:24, March 11, 2016 (UTC)

So do you think the character models and their textures have the same problem, so the color shift fix will work on those too?? QuakingStar (talk) 18:16, March 12, 2016 (UTC)

Hi. I found this Japanese review of Boruto chapter 3, and it seems that the term Shinki uses about Gaara is "義父上". I know "父上 (chichiue)" is polite term for father, and "義父 (gifu)" means "stepfather, foster father, father-in-law". Wouldn't that mean Gaara is stepfather of Shinki, Yodo and Araya? --JouXIII (talk) 15:10, July 8, 2016 (UTC)

The scans in website I found did have Japanese within them. I do agree we should wait for raws, though. *EDIT* That said, could you give me accurate translation for this line:「義父上の名を汚す事なきよう 我ら３名とも必ずや勝利してご覧に入れます」--JouXIII (talk) 22:24, July 8, 2016 (UTC)

Are you sure it's a set name and not just a description? Did Sasuke "use" the typical Japanese brackets that are usually used when naming a technique? • Seelentau 愛 議 19:32, January 30, 2017 (UTC)

Na, I stopped collecting the raws after Naruto ended. Too much work atm. Thanks for clearing that up, guess we have a name then. Good good. • Seelentau 愛 議 23:56, February 4, 2017 (UTC)

Hey again Sazaku, i came across this game on the tv-tokyo website that revolves around Boruto anime arcs. Not asking for a complete translation, but is there any information that is present we can add to the wiki like arc names? --Sarutobii2 (talk) 03:56, April 6, 2018 (UTC)

The introduction of the character Iwabe has caused a bit of confusion regarding a particular transliteration. In Iwabe's case, as well as Yajirobe and Tonbe, their names end with "ベエ". The last two have been written as Yajirobee and Tonbee pretty much the entire existence of the articles. Are these cases where as long vowels, like Chōji and Chōchō, the letter should be macroned, or is there another rationale for listing them as double letters? I ask because when Tonbee came around, even ShounenSuki himself used double letters instead of macrons in these two instances, and since Iwabe's name ends the same way, I believe that would also be the case for him. Omnibender - Talk - Contributions 18:01, April 13, 2017 (UTC)

Can you please take a look at this? http://naruto.wikia.com/wiki/Talk:Tenseigan#Tenseigan_evolution thank you.--Elve [Mod] Talk Page|Contribs 15:44, April 16, 2017 (UTC)

Curious, is the topic you brought up on the respective talkpage resolved? Or do you have more to say to Tau’s response? ★WindStar7125

Whoops, seems we tried to remove your message on the archive at the same time (you got to it first, it seems). I moved your message and replied to it here. ★WindStar7125

Retrieved from "https://naruto.fandom.com/wiki/User_talk:FF-Suzaku?oldid=1319911"
Community content is available under CC-BY-SA unless otherwise noted.