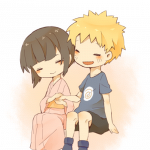 Hello Fairy Tail Dragon Slayer, greetings and welcome to the Narutopedia! Thanks for your edit to the Silver Wheel Reincarnation Explosion page.

There's a lot to do around here, so we hope you'll stay with us and make many more contributions. And again, welcome to Narutopedia. Please leave a message on my talk page if I can help with anything! -- Seelentau (talk) 02:10, February 20, 2015 (UTC)

Dude, calm down and check the translation more carefully. Did Boruto say "Hiraishin no Jutsu"? No, he said "Shunshin no Jutsu", which means Body Flicker Technique and not Flying Thunder God Technique. Does Naruto have a special marker? No, because he never learned the Flying Thunder God Technqiue. This is the only time I'm gonna stress this because you obviously need to read the chapter again more closely. ----SSJ2AJB (talk) 03:55, February 25, 2015 (UTC)

If Naruto had no physical way of getting out of the hokage office then yes, i would understand him being listed as a user of the Flying Thunder God Technique but he wasn't as he could of easily got to Boruto with the Body Flicker technique by simply going through the door. --Sarutobii2 (talk) 04:02, February 25, 2015 (UTC)

Look it up, the Hiraishin is sometimes referred to as the Body Flicker. You don't NEED a special marker, when you can imprint the marker on people without the need for a kunai. Unless you can prove that Naruto can't use it, my argument is more valid than yours is. Your argument holds NO value when the Body Flicker page doesn't have Naruto as a user either, you just don't like admitting what is obviously staring you in the face. Undo me again, and I report you.--Fairy Tail Dragon Slayer (talk) 04:08, February 25, 2015 (UTC)

Since your bringing up the matter of reverting, you've already breached the revert policy. I suggest reading it and also bringing the flying thunder god matter up on its the talk page rather that revert warring.--Sarutobii2 (talk) 04:20, February 25, 2015 (UTC)

I suggest you read it. You've already broken it, and it may lead to a block. Please take that to the talkpage. I am not asking you. I'm telling you. Inserting unconfirmed information accounts as vandalism, as well as taking personal issues with other users on their talkpages.
★ WS7125[Mod]

Go. Fuck. Yourself. If you morons want to use wrong information, go ahead. I don't care anymore. You chode smokers can hide behind your little rules all you want, but I'm done with you bitches.--Fairy Tail Dragon Slayer (talk) 04:41, February 25, 2015 (UTC)

You have violated multiple policies, namely the revert policy and the talkpage policy, you have ignored other users, vandalised user pages and you are now using blatant insults. After your block expires, I suggest you reacquaint yourself with the various policies of this wiki, or face longer blocks. Such behavior is unacceptable. Have a nice day. ★ WS7125[Mod]

I actually went and extended the block to one month. I seriously doubt that you'll change your mind in just a day. Cool your head off and come back when you're able to discuss things in a more civilized manner. Thanks. • Seelentau 愛 議 04:51, February 25, 2015 (UTC)

I'd recommend you listen to other users before you revert edits and cause another shit storm on the wiki and get yourself blocked again. --Sarutobii2 (talk) 15:33, June 11, 2015 (UTC)

To went out your anger, go to the forums or just sit quietly and think. Manga > other sources ALWAYS (even interviews). So, either you stay quietly for the shitstorm to end or wait until manga provides a valid explanation.--Omojuze (talk) 15:42, June 11, 2015 (UTC)

Let's see. 3rd databook said that Tobi was Madara. In the manga, Tobi turned out to be Obito. How do you explain that? Retcon, or Kishi just didn't want to reveal something like that so soon. Why can't it be the same with Sarada? If the next chapters state that in the end Sakura is Sarada's true birth mother, I'll be more than glad to change the article, but until then, Karin is stated to be Sarada's biological mother. Have a nice day.--JOA2015:46, June 11, 2015 (UTC)

You should really stop acting like a child. You were blocked for this before and you will be blocked again if you continue it. --Sajuuk [Mod] talk | contribs | Channel 15:47, June 11, 2015 (UTC)

In three months, you should cool down some. Like I said, your comment was better suited for the forums than in the Talk Page and was as such removed, first by other editors and then by me. You've been warned that this would be the outcome.--TheUltimate3

I don't CARE how many times you warn, those OTHERS are breaking the rules, NOT me. I am NOT angry, everyone is just JUMPED to conclusions WAY to quickly!--Fairy Tail Dragon Slayer (talk) 15:59, June 11, 2015 (UTC)

You were told not to relieve your anger there. Manga > everything, whether you like it or not. And it was not rushed. If the manga says that Sakura is the mother (urghh...) again, then we will change it back. For now it stays, and you causing shitstorms won't help the cause.--Omojuze (talk) 16:01, June 11, 2015 (UTC)

Actually, you were breaking rules and your message say otherwise. You shouldn't edit war or continually restore something that is being removed for good reason. Come back in 3 months when your actually going to behave (you were blocked previously for just the same behaviour).
And if you don't care about how many warnings you get, then we can always just make your block indefinite and prevent you using this wiki again. Your choice: behave and listen to editors, or lose your editing rights here. --Sajuuk [Mod] talk | contribs | Channel 16:02, June 11, 2015 (UTC)

Calm down, and think. As I told you before, Kishi once said that Tobi was Madara. When the mask was broken, did we see Madara's face? No. We saw another one. Basically: Kishi can say anything he wants, just like he can retcon it. He said that Sakura was Sarada's biological mother? Cool. Too bad that today's chapter says otherwise. If the next chapters end up like "Nooo, that hair wasn't Karin's but Sasuke's, Sakura's Sarada's true biological mother", then fine, we'll gladly change it back. Until then: NO.--JOA2016:13, June 11, 2015 (UTC)

Retrieved from "https://naruto.fandom.com/wiki/User_talk:Fairy_Tail_Dragon_Slayer?oldid=1058553"
Community content is available under CC-BY-SA unless otherwise noted.