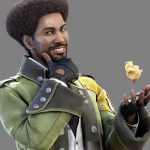 Hello FatMan2539, greetings and welcome to the Narutopedia! Thanks for your edit to the Talk:Uzumaki Clan page.

Great another Boring lesson of Studies to suffer through Im only going to survive it because it is not a double. Borrowedmonkey1 (talk) 23:25, October 30, 2011 (UTC)

Hell you and me both If i had an iphone all the funny things I could find! We should definatly start getting some moneyz 4 1! Instead of the rare chance of using Dereks. Borrowedmonkey1 (talk) 23:43, October 30, 2011 (UTC)

Like a PS3 or a new LCD tv? Or even a pre-owned brother instead of your current one? Borrowedmonkey1 (talk) 23:49, October 30, 2011 (UTC) LOL! You need to get a job to get all that stuff... Why a new Xbox? Keep ur current one until it dies its pointless getting a new 1 until then. As for FF13 2 when is that out? Rage you would enjoy loads, and BL2 Omg I want it now! Better look into a job soon. I'm looking now coz I hate having no moneyz. Oh and if u wantz a new tv remember ive got that one that would run ur xbox thru VGA but I think its 40 odd inch If you can find room for it it's all yours. Borrowedmonkey1 (talk) 00:01, October 31, 2011 (UTC)

Theeres a problem with that this damn TV is really heavy and I cant work out how to get the aerial going but I can see if we can drop it round, but only as long as ur dad wont be squeezed if we do and he doesn't want it. Also if u get rid of ur current box I shall take it. Borrowedmonkey1 (talk) 01:08, October 31, 2011 (UTC)

Lol I can understand it for me but for u to be blocked at home I do not understand anyway I will cya on Monday at skool. Hope ur weekend aint too boring like mine will be. ROLL ON TUESDAY!!!!!!!!!! BorrowedMonkey ▒ talk ▒ 03:19, November 4, 2011 (UTC)

Although if you are just going to use the wiki for a place to host your conversation without contributing... then there is a problem. SimAnt 00:58, November 1, 2011 (UTC)

I would like to kindly ask you to change your signature to a more… conservative one. Your current one, although quite nice, is rather disruptive and distracting and since it makes you look more important than the other users, it could lead to confusion. Please change it. —ShounenSuki (talk | contribs | translations) 22:54, November 6, 2011 (UTC)

Don't worry, you didn't cause any real trouble. Thank you for your cooperation, i do appreciate it. —ShounenSuki (talk | contribs | translations) 07:39, November 7, 2011 (UTC)

I'm using internet explorer, and as I said the text appears outside the borders, you really don't need a sig userspace at this Wiki since this has been created and appearently an Admin finds sigs under userspace "more annoying".--White Flash {Talk} 05:56, November 27, 2011 (UTC)

Retrieved from "https://naruto.fandom.com/wiki/User_talk:FatMan2539?oldid=598755"
Community content is available under CC-BY-SA unless otherwise noted.