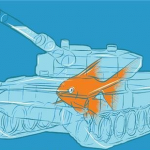 Re: "top" vs prepending

That is an implementation decision that Simant (who has been inactive for years) and Dantman (still reachable by email) made long ago. I'm not quite certain myself. ★WindStar7125

Didn't answer this, but yes, your proposed solution you left on my talk page seems totally fine. ★WindStar7125

Yes! I would love the help! I sent you a message on Community Central, thanks !

Why is it more useful? It's only used for episodes, whereas Property:Japanese release is used for everything; books, movies, games, etc. By having two properties dedicated to release dates, two searches need to be performed to find out what was released in, for example, January 2010. If a person only wants to know the release dates of episodes, they can narrow the results of Property:Japanese release to Category:Episodes/Concept:Episodes. ~SnapperTo 08:05, January 31, 2019 (UTC)

I'm not denying the usefulness of only having the release information for a specific media type. But, as I said, you can limit your search parameters to the media type you're interested in. It's not strictly necessary to separate them preemptively in anticipation of wanting that precision. To use your apples and oranges example, it would be like having one store that sells the apples and then another store that sells the oranges. It's useful from an organizational standpoint to have the separate resources for each produce, but if I ever want to buy both I need to visit two stores. Ideally, I would visit one store and limit my fruit needs to Fruit::Apple or Fruit::Orange. You may have the concern that the typical reader won't know how to limit their needs for a specific media type's release information, but that's why we have articles like List of Animated Media and List of video games: to provide a narrowed assortment of information.
Now you make the fair point that there's not much need to ever want to know the release information of all media types simultaneously; after all, apples and oranges don't pair well in the same pie. But that's not to say there's no need. For instance, if I wanted to have an area on the Main Page that shows the five most recent releases, I'd need only:

If your media-specific properties were used instead, I'd need a query for every media type, which would likely also give me far more than the five results that I want. Unless you know of a way to list results by a specific value rather than a specific property? Like say:

I'm happy with whatever works, whether using both properties or doing union searches. I made Template:Main Page/Today a couple months ago and and the centralized date property was the least cumbersome way for me to do that. So long as that template continues to provide the desired information, I have no objections to whatever you want to implement. ~SnapperTo 19:41, January 31, 2019 (UTC)

Are you going to answer these two issues users had some time ago (and this reply of mine to your query)? I perfectly understand that you are quite busy, but we've been waiting awhile for your response (and I'd also like to move ahead with the implementation of the other infoboxes you had in store)... ★WindStar7125

Retrieved from "https://naruto.fandom.com/wiki/User_talk:FishTank?oldid=1325677"
Community content is available under CC-BY-SA unless otherwise noted.