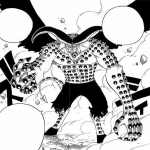 GohanRULEZ, the image Hidan's Scythe.png which you uploaded has been tagged for deletion. Please see the image page for deletion notes. We suggest you look over our image policy and ask that you make an attempt to fix the issues you are causing. ~NOTASTAFF Daniel Friesen (DanTMan, Nadir Seen Fire) (talk) Mar 25, 2009 @ 17:16 (UTC) 17:16, 25 March 2009 (UTC)

Hey, i just want to point out that this Naruto Wiki is not for userpages that are all about Fanon, like your character box... If you would like some examples see the following user pages.

GohanRULEZ, since you have been helping the wiki this is a up front warning rather than just a standard deletion. We have a policy on userpages. Your userpage is breaking those because it is far to much like a fan profile, and has very little relevance to you being an actual editor here. So this is an upfront chance to fix it, and move it to the Naruto Fanon Wiki if you want. You might want to ignore NejiByakugan360's comments above, his own userpage is a border on breaking the policies himself, my userpage is far from a normal userpage (I'm even thinking of toning down the style sometime), and the practice of putting notes of what you do on your userpage isn't really a common thing to do at all. ~NOTASTAFF Daniel Friesen (DanTMan, Nadir Seen Fire) (talk) Mar 30, 2009 @ 01:55 (UTC)

Your question made me wonder, are you asking how he does it, why he does or or how in the sense how can you eat a human? i am just wondering cos i can give a reason for all of them,also yes gohan rules Faustfan (talk) 08:37, October 22, 2010 (UTC)

As far as I recall, Zetsu has only been seeing eating somebody once, the body of Mukade. This occurred in chapter 261 page 12 and its anime version, Shippuden episode 16. In the manga, Zetsu seams to be bending over Mukade and chewing, in the anime, Zetsu lies down on Mukade and then the camera moves to the moon and chewing noises are heard. Both the manga and the anime version shows this from a long distant. Thats pretty much all there is about Zetsu's dining habit. Jacce | Talk | Contributions 10:23, October 27, 2010 (UTC)

Retrieved from "https://naruto.fandom.com/wiki/User_talk:GohanRULEZ?oldid=381734"
Community content is available under CC-BY-SA unless otherwise noted.