"Do not underestimate the visual prowess of the Uchiha, child!" 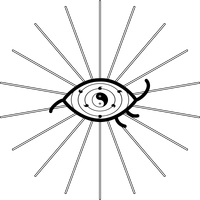 1 2 I have an issue regarding his behavior. He reverted my edit without an explanation despite not being a rollback. Also, since I don't have a numbpad I can't make that U with a line over it so I usually just let someone who can do it. So he attacked me calling me lazy since I didn't spell Fu Yamanaka's name correctly and like I said earlier, reverted without explanation.Cloudtheavenger (talk) 06:42, May 6, 2015 (UTC)

I mean, seriously. Where the hell did I attack him, could you tell me TTF, as you possibly think that every comment I write is an attack? And I didn't even use the word "lazy" (at least prior his threats against me) nor did I imply it. Not noting an explanation was wrong on my part, I do agree.--Omojuze (talk) 10:51, May 6, 2015 (UTC)

Also, he pretty much came to you because of our previous squabble, most likely as a way to get me blocked for no reason at all. And when approached to reply, he refuses, even when he's clearly online, making edits. Just noting you there in case you make some rash decisions without consensus, TTF. :)--Omojuze (talk) 18:01, May 6, 2015 (UTC)

And this discussion is now over. I left a response to Omojuze on his talk page. If you, Omojuze, or you, Cloudtheavenger, have any questions, please create another section and put them there. If you're just going to sling more mud, then let this serve as the warning that I would otherwise give in such a circumstance. ~ Ten Tailed Fox

No sarcasm. Just letting you know, geesh, as he came to you and not anyone else. Trust me, this situation is awkward for me as well. And I don't have an attitude and I've been kind to him, with the smiley face and everything, I was just giving advice, as he came to me asking why and not me. He was the one who actually jumped at me and this is the first time that has happened. But yeah, as I said, not leaving a note as to why it was reverted was stupid on my part.--Omojuze (talk) 18:14, May 6, 2015 (UTC)

Well, obviously, you should know Hiragana and Katakana. Aside from that, knowing grammar is important. Since we're on the internet and there are things like tangorin, you don't really need to know vocabulary, but you should know how to find Kanji in cases when there's no Furigana reading you can rely on. Now, for the actual learning, I have no idea. Why not visit some kind of class? I mean, since you're probably not in your teens anymore, learning a new language entirely on your own would be pretty difficult. • Seelentau 愛 議 09:18, May 14, 2015 (UTC)

Depends. Do the kanji in the manga have the furigana reading jinzō ningen? Then I'd translate it as artifical human. If they have the reading saiboogu, translate it as cyborg and if they're read as andoroido, it's android. • Seelentau 愛 議 18:42, May 18, 2015 (UTC)

As you probably know none of pages have everyone's current age as of Naruto Gaiden, such as Naruto, Sasuke, Sakura, Kakashi etc... and I'm wondering why not? Because the official timeline was given from after the war all the way up to Naruto Gaiden: The Seventh Hokage and the Scarlet Spring. So it The Last: Naruto the Movie takes place two years after the war and it also says that Chapter 700+ is 10 years later, that's 12 years have past. So if the ages are added up that would make Naruto, Sasuke and Sakura 29 years old. Going by the official timeline everyone's ages can be added. Is there a reason why this hasn't been done yet? --AllstarUchiha (talk) 21:50, May 18, 2015 (UTC)

Your input is needed

here is the timeline

they are not jinchuriki so their mothers terms were 9 months pregnancies and Shikamaru said Boruto was the same age as Naruto when he did his pranks on the Third right before becoming Genin(12yrs old) so it is at LEAST 12 years and 9 months after the Last which is 2 years after chapter 699. QuakingStar (talk) 22:35, May 18, 2015 (UTC)

The definition of several is this btw

An acceptable source would be a video on YouTube or a game walkthrough guide that refers to their existence. We know that game devs never confirm anything, so we take it upon the user to confirm on the internet if it exists. If a game walkthrough or youtube video says it exists, then it's enough to be allowed.

Like I said on the user's talkpage, we have had many problems with users adding nonsense or unconfirmed teams simply based on random speculation, so the policy is simply to revert edits if the user doesn't give a source in the edit summary or in a talkpage post. --Sajuuk [Mod] talk | contribs | Channel 20:38, May 20, 2015 (UTC)

Re: Shenlong vs Shenron

I think we hit the jackpot with UltimateSupreme contributing to our Dragon Ball Wiki. He'd help us greatly with coding, SMW, infoboxes, modules, and the like. ★WindStar7125

I totally agree. I saw that and did a fangirl squeal. No lie. ~ Ten Tailed Fox

i had no idea that you were a administrator?! anyway your a far better administrator than the one's on Dragon Ball wiki. they let Goku20 get away with murder on that wiki. i saw that you and him had a edit war. he always acting like he's a administrator. i think i'm going to be spending more time here more on this wiki after i read the rules here. --Nikon23 05:29, May 26, 2015 (UTC)

Yo Ten. So, I tried to upload my SVG version of the Tenseigan, and basically the blue part of the iris turns invisible on the display and infoboxes, but if you click on it, it displays just fine on a white page. Not sure if anyone here is good at working with SVG coding to fix it, I would've asked Shounensuki but he's inactive as always.

Bouncing off of this, I think it was just decided that it was better to put the changed last names in the respective infoboxes. ★WindStar7125

^ This. The infobox lists it, which is more than enough. Because, last I heard, it was about 3 characters who have a different last name, so using the "nee" format is redundant and would look completely out of place. So infobox is good enough. --Sajuuk 18:39, July 2, 2015 (UTC)

And I think my message alone was quite enough for Foxie to get it. ★WindStar7125

As the one who reverted the change, I felt it appropriate to explain the rationale for why, especially as Foxie hasn't been around much to see those discussions previously. Or am I no longer allowed to even revert and explain myself without starting an edit war? Don't answer that --Sajuuk 18:43, July 2, 2015 (UTC)

@Ten, you're welcome. Letting you know that the main argument was that for the near majority of the manga (which is preferred over everything else, even movie posters), married women were referred to by their maiden names (i.e. Sakura Haruno, Hinata Uzumaki, Kurenai Yūhi, etc), hence why the articles weren't moved nor why the lead was changed. Though still, noting it in the infobox didn't hurt. ★WindStar7125

Hello, I look forward to working with you. I have been editing on here off an account for about six months. If you need anything done please ask. Thank you. TheOneFootTallBrickWall (talk) 21:47, July 18, 2015 (UTC)

Hey don't know if you saw it but I left you a message on DU. I'm pretty persistent and can be annoying sometimes so you don't have to respond. Thanks, PrincessKaguya (talk) 04:01, September 3, 2015 (UTC)

here is where I got them

No links to illegal downloads pls~

i noticed in the coding the 2 bottom tomoe are hidden properties or something. all i'm asking is if i can use a solid version of this image for OC art and to contribute to the naruto fanon with a more solid version please? I dont make money on my fan art in fact its more of a hobby and i'll give full credit o the design to you it is in fact one of the best mangekyou designs i have ever seen.

Hello Ten tailed Fox. Thank you so much for helping me. I myself am i wiki contributor and can edit pages, add them to categories and format them and can add picture. Hope this wikia grows on. L.o.d.7 (talk) 16:31, June 8, 2016 (UTC)

Well, Ten. I know you and I don't Conversate a lot, and I know you don't really may not like my bringing questions such as these to the Narutopedia, but I was wondering if you were still going to keep holding onto the Yonko of Zanjutsu title? If not I was wondering could I take over the title with my main character? His name is Ishihara Yamakage. Thanks, respond if you can!

You're a very logical person. Could you please go through my "TSB isn't senjutsu" and "Tenseigan dōjutsu has nothing to do with natural energy" arguments in the Six Paths Senjutsu and Truth-Seeking Ball talk pages? No matter how much I explain myself, it doesn't seem to be getting through, and I don't think I can make it any clearer. Omnibender - Talk - Contributions 04:13, August 7, 2016 (UTC)

Long time no talk. I've just finished watching the Bleach anime recently and as you know it ended with the Fullbring arc. I'm just wondering, did Ichigo lose his Fullbring? Was it stated that he did? I know that there's just one more chapter left of the manga as well and I have no idea what's the deal with his current powers either... he keeps gaining new ones only to lose them... What do you think it's the deal with Ichigo's Fullbring, was it still there afterwards? Also what do you think is with his power now, has he completely lost any trace of Hollow and Quincy powers?--Elve [Mod] Talk Page|Contribs 20:06, August 8, 2016 (UTC)

it's amazing how you claimed that i was trolling on dragon ball universe wiki. how was i trolling for sharing a opinion. i barely contribute to that wiki in the first place. i never even knew i was blocked until today, but for infinite. sounds personal to me. that right their makes me don't want to contribute. then you bash me for contributing to dragon ball wiki calling it embarrassing ---Nikon23 00:44, November 18, 2016 (UTC)

Hi my name is Erik.hoary i'm new to this wiki how do you edit a characters family on the narutopedia? —This unsigned comment was made by Erik.hoary (talk • contribs) .