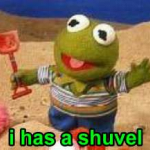 I realize that. But if for some inexplicable reason Kishimoto kills off Kurenai before it's born, that will be a family member Asuma never [would have] had. No reason to add a relative that may never come to fruition. ~SnapperTo 23:29, 16 March 2009 (UTC)

Oh, just so you know. Signatures are integrated into the template, you don't need to sign it. It's better if you don't since a {{-}} is used at the bottom of the template to avoid images going over other headers. ~NOTASTAFF Daniel Friesen (DanTMan, Nadir Seen Fire) (talk) Mar 19, 2009 @ 19:40 (UTC)

If you see a adress or user that needs to be blocked you can always tell an admin, and he/she will then deside if you are right. The one you reported has been blocked. Jacce 17:44, 21 March 2009 (UTC)

One way is to look at this page, where you can see who has what status [1], or to make it simple: Dantman, TheUltimate3 and I are this wikias admins, Charitwo and TranClan shows up from time to time to look for "cross vandals" (vandlas who are aktive on several wiki). If I remember right they have admin status on every wiki since the work for the basic wiki. AnimeBotSys is a program, or robot, that Dantman uses to change major things, like changes in the code and so on. Jacce 19:16, 21 March 2009 (UTC)

Actually for proper clarification. TranClan is actually the original founder of the wiki, he abandoned the wiki shortly after creation and I adopted the wiki becoming the founder. I've removed TranClan's sysop flag (though he still has bureaucrat) so that people won't confuse him for an admin.
Charitwo is just someone who goes around on a lot of wiki and gets rid of vandalism, he has sysop so he can delete any spam and vandalism he runs into.
AnimeBot and AnimeBotSys are my bot accounts. AnimeBot has a bot flag to hide edits, while AnimeBotSys is a sysop instead so the bot can mass-delete pages and whatnot. The sysop account doesn't have a bot flag respectfully so that sysop stuff done by bot like deletions shows up in the recent changes.
Me, TheUltimate3, Jacce, and ShounenSuki are the primary admins for the wiki, me being the founder, this is the 2nd or 3rd generation of Narutopedians I've been with (generation being a case where the regular editors have disappeared and a new group of regulars have shown up).
I've also given Snapper2 a sysop flag, though he's mostly doing cleanup of stuff around the wiki and I've given him a flag so he can delete junk instead of tagging it for deletion (ie: I'm to lazy to delete all the page he tags ;) heh), though he's avoiding most of the administrative stuff as I suggested. TheUltimate3, Jacce, and ShounenSuki are the one's I've promoted after seeing they have a good understanding of the wiki's policies and guidelines and do good at dealing with the community.
For a seeing a list of admins there is Special:Listadmins. ~NOTASTAFF Daniel Friesen (DanTMan, Nadir Seen Fire) (talk) Apr 22, 2009 @ 06:59 (UTC)

Hi Hakinu! I understand why my Ayame picture is tagged for deletion, as there already is one, but why did you put a tag for deletion on the other ones? Just asking, please respond on user talk. --NejiByakugan360 22:37, 22 March 2009 (UTC)

I understand that administrators tell you to inform me, but, see here, that i have uploaded a few pictures without rational, before you have signed up for Narutopedia, and no one notifies me. Please due keep it that way, and delete it without my permission, thats fine. Thanks for informing though, but try not to inform me next time, lol. --NejiByakugan360 22:58, 22 March 2009 (UTC)

That image is fairly old, not really of any current consequence. Don't confuse what leafninja has copyright over though. Naara was copying actual content from leafninja and posting it up here. Leafninja doesn't have copyright over the images. ~NOTASTAFF Daniel Friesen (DanTMan, Nadir Seen Fire) (talk) Mar 26, 2009 @ 04:52 (UTC)

Re: Marking profiles for deletion?

If you se a user page or a user talk page that dosen't follow the rules, you can ad a deletion tag at the top. Then a admin will decide if it follows the rules or not. A tip is to check this page before adding tags. Jacce 20:45, 29 March 2009 (UTC)

Re: Fair Use Rationale Quality

Well, for starting guidelines Forum:Fair use tagging tips... is a good one. I basically noted a bog standard format of a good fair use rationale. I've actually been debating creating some proxy templates that'll let you just specify a few parameters and get a standard fair use rationale for a category of images. ~NOTASTAFF Daniel Friesen (DanTMan, Nadir Seen Fire) (talk) Mar 30, 2009 @ 16:24 (UTC)

That's something best discussed on the talkpage. To be honest I don't know if things should be split into a Dogs and Ninken page or a combined dogs page should be created. They are in fact different, but there might be reason to put them on the same page. ~NOTASTAFF Daniel Friesen (DanTMan, Nadir Seen Fire) (talk) Apr 7, 2009 @ 21:04 (UTC)

Already dealt with him. Side note, could you make sure your signature actually includes your username in it. ~NOTASTAFF Daniel Friesen (DanTMan, Nadir Seen Fire) (talk) Apr 12, 2009 @ 22:49 (UTC)

I don't understand why you made all those dots between the boxes but it is not against the policy. The rest is ok, and you have contributed to the wiki so you are allowed to have a user page. Jacce | Talk 17:31, 13 April 2009 (UTC)

I deleted the userpage and blocked him/her for three months. That should give the user a warning, and if it dosen't help, it should be enough info for the next syops to block him/her for good. Jacce | Talk 14:45, 2 May 2009 (UTC)

Can't think of a headline

Re: Why doesn't it work?

The param is Replaceability, that image page had Replaceable instead.

Image tags are handled through semantics. When you add image tags they add annotations to the image, the image tags template then queries for those annotations to make it's list. As a result there is a 1 parse cache delay between the time that you save the page, and the changes to the list will show up. You can forcefully clear the cache and make it show the updates to you right away by clicking the green refresh (purge) tab beside the watch tab. ~NOTASTAFF Daniel Friesen (DanTMan, Nadir Seen Fire) (talk) Apr 22, 2009 @ 16:28 (UTC)

I am very sorry for my ignorance, I do not know what is tagging. Sorry for my disturbances. My apologies. I will stop uploading pictures. —This unsigned comment was made by Luisito500 (talk • contribs) on 21:16, 22 April 2009.

I know you asked Jacce, but I'd like to add to whatever answer he gives. You don't need permission to upload a new image of something. The only reason new images of main characters tend to get reverted is because the old one was better than the new one. Since the current image of Akamaru is terrible, it's unlikely that a new image would be worse. ~SnapperTo 18:33, 24 April 2009 (UTC)

Some final points: when replacing an image, Dantman prefers that the new file be uploaded to a new name if it's different enough (ie. it's not just a bigger and/or textless version of the same thing). Also, when uploading a file, the stuff that's put in the Summary box will only be added to the image page if it's a new image. Otherwise it's just an edit summary. Finally, for clearing your cache, you can do it manually. On Firefox it's ctrl + shift + r. I'm not sure what it is for other browsers. ~SnapperTo 19:43, 24 April 2009 (UTC)

See Narutopedia:Image policy#Re-uploads, I updated the image policy awhile ago to clear it up since it was missing from the policy. Unless it's the exact same image of better quality, never upload an image over another one, I unconditionally revert overwrites under that guide. The reason is explained there, it basically boils down to history tracking. There are 2 parts to the history of image pages, the image itself, and the image page where the rationale is. These are not synchronized in any way at all. ~NOTASTAFF Daniel Friesen (DanTMan, Nadir Seen Fire) (talk) Apr 24, 2009 @ 22:21 (UTC)

Just so you know: you don't need to tag unused images for deletion. That's what Special:UnusedImages is for. The only time I ask that you do add the tag is when the image is still in use somewhere (ie. the uploader's talk page, a forum, etc.) since that will prevent it from showing up on the unused list. ~SnapperTo 19:27, 26 April 2009 (UTC)

Killed what I kaught. Special:UnusedImages only updates once a day so there's likely to be some delay with things. ~SnapperTo 03:58, 29 April 2009 (UTC)

Now you has new jobs! Huzzah!

I've actually got most of the Category:Poor quality images coveredAlienGamer | Talk 18:46, 1 May 2009 (UTC)

I uploaded a pic of the shippuuden movie bonds...but i still cant get it to go under the fair rational use...help?? AlienGamer

Actually, i always do that....i was just in a hurry to send the msg before i got a warning.....AlienGamer Talk

It's quite possible for that to be related to your browser's cache. If the image is blown up that basically means that the system already knows about the new image and is using it's size to put the width and height in for the thumb. If it looks blown up, then that means that you aren't viewing the image that the wiki is actually using, likely because you are viewing an old image from your browser's cache. Try clearing your cache to see if the images update. ~NOTASTAFF Daniel Friesen (DanTMan, Nadir Seen Fire) (talk) Apr 28, 2009 @ 16:08 (UTC)

Certainly, if you wish. The picture is from the Chunin Exam Arc, during the preliminary matches. Ino is fighting Sakura, and there is no winner, as they punch each other simultaneously, resulting in a double knockout. Sorry for this inconvenience. If you have any other questions, feel free to ask away!--NejiByakugan360 - Please respond on my Talk Page! 21:57, 28 April 2009 (UTC)

The Image: was renamed to File: in MediaWiki 1.14. The Image: namespace actually had the capability to handle any kind of file (Images, Audio, Video, etc...) which had an extension enabled for it. So it was renamed to File: since it's actually a File storage, rather than just for Images. It's perfectly fine to still use Image: since we're just using it for images. ~NOTASTAFF Daniel Friesen (DanTMan, Nadir Seen Fire) (talk) Apr 29, 2009 @ 22:08 (UTC)

you go sanding me messages about my poor images when the picture GufuuSuika.jpg is poor and you said its high when some of my picture's like Asuma using Fire Release Ash Pile Burning.jpg was better

all the things you tell me i don't get and i got S.E.N too.

Go with the larger images. Leafninja.com is known to edit the image itself in subtle ways, it's possible that the "clearer" look of the images is actually done by modifying the image itself throwing it through some image filters, in the end it's probably not what actually came out of the manga. If it is, then someone can just scan in a higher resolution image for us. ~NOTASTAFF Daniel Friesen (DanTMan, Nadir Seen Fire) (talk) May 1, 2009 @ 03:15 (UTC)

I'll get a bot out eventually, it's just a text replace. Though first comes deciding if I should opt for {{Tags}} instead.
Please ignore Help:Archiving talk pages, that is a generic Wikia page that I didn't even know was around, Help:Archiving is much easier to use. ~NOTASTAFF Daniel Friesen (DanTMan, Nadir Seen Fire) (talk) May 2, 2009 @ 23:51 (UTC)

Retrieved from "https://naruto.fandom.com/wiki/User_talk:Hakinu?oldid=123708"
Community content is available under CC-BY-SA unless otherwise noted.