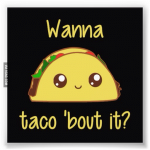 Hello Hawkeye2701, greetings and welcome to the Narutopedia! Thanks for your edit to the Forum:Sky country page.

The most senior member would be Dantman, he's one of the sysops and the bureaucrat of this wiki. Omnibender - Talk - Contributions 02:30, October 23, 2010 (UTC)

People from the main Wikia are making some sort of maintenance, and they kinda screwed up part of the semantics system we use to make all sorts of infobox lists, they're already trying to fix it, according to Simant. Omnibender - Talk - Contributions 23:09, November 13, 2010 (UTC)

some things in common

Taking a quick look at that article, that section is generated using Semantic MediaWiki. SimAnt noted awhile ago that Wikia did something that broke SMW here. They're supposed to be fixing that, if this is part of that, then there's not much we can do till then. ~NOTASTAFF Daniel Friesen (DanTMan, Nadir Seen Fire) (talk) Nov 21, 2010 @ 06:56 (UTC) 06:56, November 21, 2010 (UTC)

Sadly I can't find the deleted version in the deletion log. It would probably be best if a new article would be created. Jacce | Talk | Contributions 07:37, November 26, 2010 (UTC)

I'm not the one who removed it, it was ShounenSuki, he explained a ton of trivia at Talk:Gold and Silver Brothers. Maybe that's the reason? Omnibender - Talk - Contributions 18:18, February 8, 2011 (UTC)

Re: String of edits

No they were not vandalized, most of the character that were introduced in the Konoha History Arc have pages that have a very long description. I'm just going around and leaving the main detail of who they are in a sentence or two, and the rest goes under the "Part II" + "Konoha History Arc" tags, or under "Background", "Personality", or an "Abilities" section is needed. ~ Fmakck → Talk → Contributions 04:28, February 12, 2011 (UTC)

Is there any particularly good reason you are responding to 9 month old talkpage comments? SimAnt 18:59, February 16, 2011 (UTC)

Ossu! I'm Gaara, SysOp of the German Narutopedia and currently in charge of creating an accurate timeline. Seeing you doing the same, I thought it would be a good idea to leave you the link to my timeline. Maybe your knowledge about the German language is good enough to read it, otherwise you can use a translator to get information you don't have yet. Anyways, the link is this. I hope it'll help you :) Seelentau 愛議 07:41, July 4, 2011 (UTC)

Re: Dance of the Seedling Fern

Yeah, it can be locked just contact User talk:Jacce on his page. You can always revert it or just leave it until a mod or rollback user sees it.--Cerez365™

Omni explains it here but say someone vandalises the page, you go through the edit history and see for example the last good edit made before the vandal was by Omnibender you'll click "edit" on that revision and even though it'll say "you are editing an older..." you save it anyway.--Cerez365™

Oh dude, no hassle. xD It's just that sometimes users forget to look at the date of the topic and talk down to users thougts on then-current events compared to what we know these days. Not that you did that, I just didn't think it'd be a good idea to have a discussion in such an old section. :) Skitts (talk) 00:26, April 19, 2012 (UTC)

Hawkeye2701, when you edit a talk page or a forum, please remember to sign the post by typing four tildes (~~~~) or by clicking on

Ah it's fine, from what I can see an Admin "handled" the situation so there's no need for me to get involved. Thank you any way ^^.--Cerez365™

Moved from my profile page here.

Congratulations! Also, with all of the protrusions on the Statue's back, has anyone counted to see if there are ten? Kaitan (talk) 03:35, October 26, 2012 (UTC)

If you want to add content to the page, you don't have to ask, feel free to go ahead. It may avoid another episode.--Cerez365™

When you are uploading images like this in future, please crop out the black bars at the top and bottom. Otherwise, your image may be deleted. --Speysider Talk Page | My Image Uploads | Tabber Code | My Wiki | Channel 15:16, November 18, 2012 (UTC)

You're okay with me

Saw your message to Omni. Once there is a clear consensus that change needs to be made, one of us admins will write it up, and discussion will be had over it until it fits the needs of the community. ~ Ten Tailed Fox

The NewTimeline doesn't reflect the updates from the fourth databook. I created User:Seelentau/JinTimeline for that. ;) • Seelentau 愛 議 14:48, January 16, 2015 (UTC)

Way back, I compiled a massive list of game jutsu from the Ultimate Ninja franchise. I only created jutsu articles for characters that had debuted from certain games on, like the Edo Jinchuriki, Mifune, Hanzo, because those where the only ones I could be sure the jutsu didn't appear in other games first, since there are movesets that repeat between games. Between wanting to get proper translations, and discussion of how to list game jutsu dying down (like article for each combo, or making a page per character listing all combos across games), the overwhelming majority was never created. The closest thing to a resolution that was reached in a different discussion was condensing some overly repetitive articles as galleries, examples of which include the ones for Sai's Super Beast Imitating Drawing, and some of the articles on Explosive Clay creatures. Here. Absent from that list are combos and jutsu which already existed as articles at the time the list was created. Omnibender - Talk - Contributions 19:27, October 25, 2018 (UTC)

i was reading a post about the yagura timeline and there is something that is always glanced over. the 3rd mizukage. though yagura's reign was during the hayday of the bloody mist, couldn't it have been started by the 3rd mizukage? yagura seems barely older than zabuza. so it's possible that they both grew up in the bloody mist, but yagura was the mizukage that embraced it after the 3rd... ideas

Retrieved from "https://naruto.fandom.com/wiki/User_talk:Hawkeye2701?oldid=1320865"
Community content is available under CC-BY-SA unless otherwise noted.