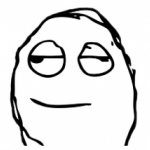 aka Who cares in general?

Hello Idontcareaboutmyname, greetings and welcome to the Narutopedia! Thanks for your edit to the Forum:Religion in the Naruto universe page.

Ill add a description I couldn't before cause I had to go do something besides edit a wiki lol and is it okay if I add all jutsu from that game with descriptions? Munchvtec 16:25, January 13, 2014 (UTC)munchvtec

He started around Christmas I think. But I changed my password and stuff so that it won't happen again, again I apologize. Munchvtec 00:27, January 20, 2014 (UTC)munchvtec

Me and my brother share the same interests and also I already said that I would make the Hutus pages while someone else edits them in the video game overhaul forum. Munchvtec 18:04, January 21, 2014 (UTC)munchvtec

Cropping should only be done if it's necessary, for example some character infobox images. Cropping for the sake of cropping just to remove parts of the image is unnecessary. Since every Shippuden episode after 52 are in 16:9 ratio, images should be kept in that ratio, rather than cropped. If you aren't sure about it further, you might want to contact a sysop (eg TheUltimate3, Omnibender or Snapper2), or Shakhmoot. --Speysider Talk Page | My Image Uploads | Tabber Code | Channel 12:58, January 22, 2014 (UTC)

Please write something for Karin in Return of Madara .In the manga 662 She is crying for Sasuke.you can upload one photo if you want.—This unsigned comment was made by Star.star (talk • contribs) on 16:30, 22 January 2014 (UTC).

For a while now, Wikia in general has had something going on with images and thumbnail generation. It takes a while for a new revision of an existing file to be reflected in that file's thumbnail. I know of it happening in at least one other wiki. The thumbnail reflects the new dimensions of the new file, but it takes a couple days for the actual new file to show. I know Wikia has a plan of moving images to a new server for some technical reason I don't quite remember or understand, smaller wikis at first, going up the ladder, so we'll be one of the last, since we're rather big. When the migration happens, we'll be unable to upload files for a couple of hours, but that's it. I'm hoping that the benefits of this new server fix this issue, but if it doesn't, I think that merits a bug report. Omnibender - Talk - Contributions 15:30, January 27, 2014 (UTC)

I don't see anything wrong with the Double Human Bullet Tank article. The only instance of weird red link I say was when someone added three characters in the "with" annotation. Omnibender - Talk - Contributions 21:11, January 30, 2014 (UTC)

Thanks a lot lol ( sacrificed your sanity lmao ) okay well back to business. You got the characters right and also you didnt have to do it. Also how do I screen shot. BTW I haven't watched that episode in years I just remembered them from the credits. Munchvtec 16:42, January 31, 2014 (UTC)munchvtec

That's really good. For your questions, the black bars are already exist I think during the creation of any video, there must be there. Take it as standard.. And why do we remove them? Because I think it could be seen clearly in the thumbnails. Read the image policy for more details. —Shakhmoot

Hey! I noticed that you left a neutral vote in the proposal for the forums. I'm just curious as to the specific reasoning as you didn't leave a comment about why you voted neutral ? Feel free to respond on the proposal's discussion area so others can see your opinion :) --Speysider Talk Page | My Image Uploads | Tabber Code | Channel 17:45, February 5, 2014 (UTC)

Haha, awesome! I understand about being skeptical of new changes, this is certainly a big one, but the examples should clear up fully what it is and how it makes things better :D --Speysider Talk Page | My Image Uploads | Tabber Code | Channel 17:56, February 5, 2014 (UTC)

you know, your a pretty cool user trying to help others with problems they didnt really make public. Ty Munchvtec (talk) 17:00, February 6, 2014 (UTC)

It's not exactly a national secret... I saw them on (...).Please remove that name after you've read this. You can also feel free to update any of the images that have speech bubbles yourself so long as you are able to change the tint on the images from yellow to black and white.--Cerez365™

Not for manga images. Apart from that whole thing being a myth. You can simply replace the jpg with the raw version.--Cerez365™

I like it. Much more neutral and shows what's going on. I originally put in the slideshow of CPR and Heart Massage, instead of the one CPR scene. It would have caused problems. So yeah I like it. What I don't like is many NaruSaku fans calling it a NaruSaku scene and a romantic scene. I mean really? Are they that desperate that they consider him being dead/borderline and her trying to revive him by being forced to use a different way when all other's have failed and she's out of chakra a romantic scene. Sheesh! Get some help. There's no symbolism. She's just trying to save his life and keep him alive long enough for Minato to transfer the Yin half of Kurama inside him. But I digress. I do like Cerez's work, looks better too.--Michma12 (talk) 16:42, February 9, 2014 (UTC)--Michma12 (talk) 16:43, February 9, 2014 (UTC)

what u mean upload new—This unsigned comment was made by Naruto45 (talk • contribs) .

Retrieved from "https://naruto.fandom.com/wiki/User_talk:Idontcareaboutmyname?oldid=970795"
Community content is available under CC-BY-SA unless otherwise noted.