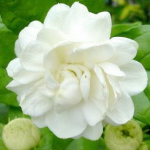 Please refrain from adding unnecessary trivia to articles. The information you are adding is a real world reference that is not needed in an article reporting information from a fictional manga.
-- WindStar7125 (talk | contribs) 05:57, January 19, 2015 (UTC)

That was not theorized. That was supported from an official source, the fourth databook, which stated their ages were different. Please do not add unsupported or theoretical statements to articles. We do not know if they are "half-brothers" or anything of the sort. Please try not to add statements with no evidence to articles. Otherwise, constantly adding false information can be seen as vandalism. -- WindStar7125 (talk | contribs) 06:15, January 19, 2015 (UTC)

Well, you kinda were. As a new editor, please use the edit summary to explain why you are adding or removing things next time, and take it to someone's talkpage and tell that person what is wrong rather than ignore what you are being told and constantly adding unconfirmed information. That gives off the wrong impression.
-- WindStar7125 (talk | contribs) 06:44, January 19, 2015 (UTC)

While I kind of get what you're trying to do, adding every example of a change in a character's trivia section is kinda just bloating. We have a specific article for listing anime and manga changes. Extensive detailing should be done there instead. Omnibender - Talk - Contributions 17:16, May 30, 2015 (UTC)

EDIT CONFLICT: That question I left regarding the trivia for Kinkaku wasn't for you. It for Omnibender, because I wasn't sure it meant to tell you not list specific changes on the characters' trivia and move to the Anime-Manga Differences article. As Omni-senpai mentioned, we list like that in that in a specific article. Your edit was just removed from the page again by Omni-senpai. Before of the edit conflict, I was going to say the same thing as Omni-senpai, but there's no need now. Good day.--NinjaSheik 17:19, May 30, 2015 (UTC)

Retrieved from "https://naruto.fandom.com/wiki/User_talk:JasmineFlower?oldid=1053921"
Community content is available under CC-BY-SA unless otherwise noted.