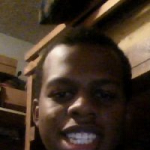 Hello Justin Holland, greetings and welcome to the Narutopedia! Thanks for your edit to the Uchiha Clan Downfall page.

It seem a bit unnecessary, why replaced people with persons and the only reason why Naruto was isolated from the war is for his own safety. -White Flash-(Talk)- 00:03, July 1, 2012 (UTC)

I've asked Omnibender for help so here's his response: "Well, many people who shouldn't know who Naruto's parents know who they are, I wouldn't be surprised if half the people who know that the Uzumaki and the Senju are related made the connection." -White Flash-(Talk)- Aug 27, 2012 @ 00:48 (UTC)
I simply moved your reply to the section the topic was about, no need to make a duplicate. I agree that Sasuke is twisted enough for that. Depending on who the "ones who know everything" are, he might discover that soon. The one way Sasuke would possibly not do that, is if he discovers that Tobi is the one responsible for releasing Kurama, and his reaction also depends on Tobi truly being an Uchiha or not. I'm certain that he can twist it anyway he wants to keep wanting revenge, but it would be interesting to see him attribute guilt to Tobi. Omnibender - Talk - Contributions 01:23, August 29, 2012 (UTC)

Sorry for stepping into the discussion, but it's an interesting one. I always thought that if Sasuke learns of Naruto being a son of the 4th Hokage and that his mother was a host, both of which death caused by Tobi (likely an Uchiha) he would feel guilty and understand that Uchiha started the hatred and shit.

But Sasuke hating Naruto even more for Kurama being partially a reason for wiping out the clan, nice. Except that the Uchiha more than likely had a hand in not protecting Konoha during Tobi having some fun with foxie--Elveonora (talk) 01:32, August 29, 2012 (UTC)

I don't give a damn about who ends up with who. In fact, I quite dislike shipping, because loads people insert bias into article sections regarding shipping, taking things out of context and generally creating unnecessary revisions of the articles, clogging the RC, which require reverting or more editing. Basically, shipping creates undue work. Omnibender - Talk - Contributions 22:53, October 8, 2012 (UTC)

I don't understand you. Your post was fairly long and tedious and from what I read all you talked about was "shipping" which I have no interest in. I don't see a question or anything there not pertaining to Naruto being paired with Sakura or Hinata. Maybe you should be a bit more plain with whatever it is that you're asking.--13:29, October 9, 2012 (UTC)

Re: Relationships page for main and supporting characters?

It would be unneccessary to make such small sections for only 2 relationships when everything can be combined in just one section.~ UltimateSupreme 06:27, January 19, 2013 (UTC)

Hey man, if you ever have any long-ass questions (im more than happy to answer) take it over to ma talk page and we can have a proper argument ! (I hate the comment system ahaha) --Keep Calm And Call Kakashi (talk) 19:25, February 25, 2013 (UTC)

The information would be added to the relevant article(s).--Cerez365™

I see you've made the suggestion of adding quotes to several articles, in different ways. Instead of adding a new topic in each relevant talk page, please create a proper forum, so as to keep discussion on the subject centralized. Omnibender - Talk - Contributions 15:10, May 16, 2013 (UTC)

Re: Era of the great ninja wars page

I left my answer on the article's talkpage.--Cerez365™

Re:how do you add yin seal?

If you want to add technique to her infobox, you have to add her as a user on the jutsu page. Though there's a disscussion about what did she use, so if you add her to Yin Seal: Release, it'll probably be reverted. (I guess you thought about that jutsu, and not creating seperate for Yin Seal, there's disscussion about it, too.)--LeafShinobi (talk) 19:15, May 29, 2013 (UTC)

Why do you always put the edit summary as "how's this?" You can come up with better things to say than the same thing over and over again: plus, it doesn't even describe the edit that you made. :/ --Speysider Talk Page | My Image Uploads | Tabber Code | Channel 20:03, January 15, 2014 (UTC)

Think like how Jiraiya's main ninjutsu section talks about his hair-manipulation techniques. They have nothing to do with summoning, nature transformation, or other specific ninjutsu styles.—Steveo920 (Talk) 17:24, July 23, 2014

The info you put in is technically being an abbreviated form of what is about to be said in their respective sections.—Steveo920 (Talk) 21:08, August 8, 2014

It really isnt needed because you could say this type of thing for any character on any volume. For example i could say oh aoda's entire face only appeared on volume 66's cover. its not needed lol. Munchvtec (talk) 00:36, August 8, 2014 (UTC)

I understand what you are trying to say. But it was already implied in the text. He was always loyal to his clan, it was never partial. And he didn't defy his father. Maybe he didn't want to have his father angry at him. But the text already says that while he obeys his father more than Hashirama, it doesn't change the way he thinks. He may not defy his father, but he certainly doesn't agree with his father's ideals and sides with Hashirama. I don't know if "Partial" is the right word to describe someone's level of obedience. WindStar7125

For all we know, Naruto has Danzo's portrait hanging on the wall and faps to it. It's not like we are shown every single second of the characters' lives, we can't say with certainty that Naruto hasn't seen Danzo--Elve [Mod] Talk Page|Contribs 17:42, October 6, 2014 (UTC)

I was just looking out for you. Since you've been cited for violation once you're walking on thin ice so I'm trying to make sure you don't get a second. Also, you look like you're in high school so little piece of advice, if you get caught plagiarizing in college, the best you can hope for is to fail the class, worst case scenario, you get expelled from the college.Cloudtheavenger (talk)

im angry at your hypocricy

Hey Justin Holland, I wanted to get your opinion on this new image of Kiba in Part II that I uploaded yesterday. The current headshot pic is pretty bright and I think the new image shows a nice view of Kiba without too much brightness. Of course, I can't just upload a pic and put it in the infobox without getting a consensus from other users. Let me know what you think about it. Thanks! --SSJ2AJB 04:25, November 9, 2014 (UTC)

Yeah... sorry bout that. Letting you know that personally, I don't mind seeing the revelation of major plot details, but some have made it painstakingly clear that they do not want to see or read major spoilers. You can, however, take it to talkpages or chat. :) ~•WS7125[Mod]

Can you put the spoliers on my talk page then? Sorry typing off cell phone. Justin Holland

Re: Relationship page for all?

I suggest you bring that to the talkpage for "Naruto Uzumaki's Relationships" rather than user talkpages. Or even a forum thread. ~•WS7125[Mod]

For anyone one of the users that Holland gave a message to, respond here. ~•WS7125[Mod]

Posting the same message to a bunch of user talkpages is annoying and spammy, you can't just go to specific users to request changes, that's why we have things called forums. Use it. --Sajuuk [Mod] Talk Page | Contribs | Channel 12:52, December 6, 2014 (UTC)

Re:Relationship page for all? (JOA20)

Hmm…maybe not for every character. I'd go for a section in the character's own article, under the "Personality" one, and if it gets too long we could go for an actual page. But to be honest, I fail to see many characters getting a relationships page, besides Naruto (which we already have), Sasuke and a very few others. I'd suggest you start a new thread in the appropriate section of the community's forums.--

Hello. I read your post on Sarutobii2's talkpage. While he is quite experienced at images, he, like pretty much everyone else but the sysops, doesn't have the power to "delete before Omni finds out". While I know the image's the real deal, with no source it shall be deleted. Not to mention the really poor filename. Couldn't you at least fill the info requested when you uploaded the image? Good grief…--JOA20 20:42, December 14, 2014 (UTC)

Does that user have a history of edit warring? If so, that is not tolerated under any circumstance (of course, there are exceptions). If the user continues to undo edits without any reasoning, it can be considered disruptive, and then I'd probably ask a sysop to step in if they haven't done so already. ★WindStar7125

Please start using your edit summaries to actually summarize your edits. Asking for feedback is fine and everything, but only putting, "how's this?" in the summary gives no insight into what edit you've actually made. ~SnapperTo 00:09, September 11, 2015 (UTC)

Hey, I was wondering what made you think Naruto and Sasuke aren't equal? I know Sasuke concedes defeat in the final valley at the end of the manga but don't you think that symbolises ideals rather than strength? Or that's what it felt like to me as neither could continue battling. Further to this I would say by time the gaiden series is happening alongside the Boruto Movie that they're equal in terms of strength. This is just my opinion but I feel the comments are backed up by their battles and other ninjas, such as Mitsuki who says Sasuke is the only one capable of challenging Naruto evenly...Well, something along those lines haha. Look forward to hearing your view :)

I'd like for you to stop posting characters' personalities onto their talk pages. I know how important it is that some articles need trimming, but we don't need to actually copy and paste the entire personality section from an article on the talk page. All it does is create huge amounts of unnecessary clutter. People can read personality sections on the characters' articles or see the revisions on their history, so a small simple description about trimming them on the talk page is enough. --SSJ2AJB (talk) 23:30, February 29, 2016 (UTC)

Thank you for fixing that, when the script error was not working and I was trying to look into it, it tricked my preview screen and made me think it would help stop the script error. -Adv193 (talk) 02:30, April 13, 2016 (UTC)

Retrieved from "https://naruto.fandom.com/wiki/User_talk:Justin_Holland?oldid=1188303"
Community content is available under CC-BY-SA unless otherwise noted.